THIS is the gruesome moment a ferocious crocodile tore apart a wallaby in a feeding frenzy at a zoo after the animal was thrown into the enclosure.

In one image, the 16-foot saltwater crocodile could be seen as it aggressively lifted the wallaby out of the water, after it attempted to drown its prey. 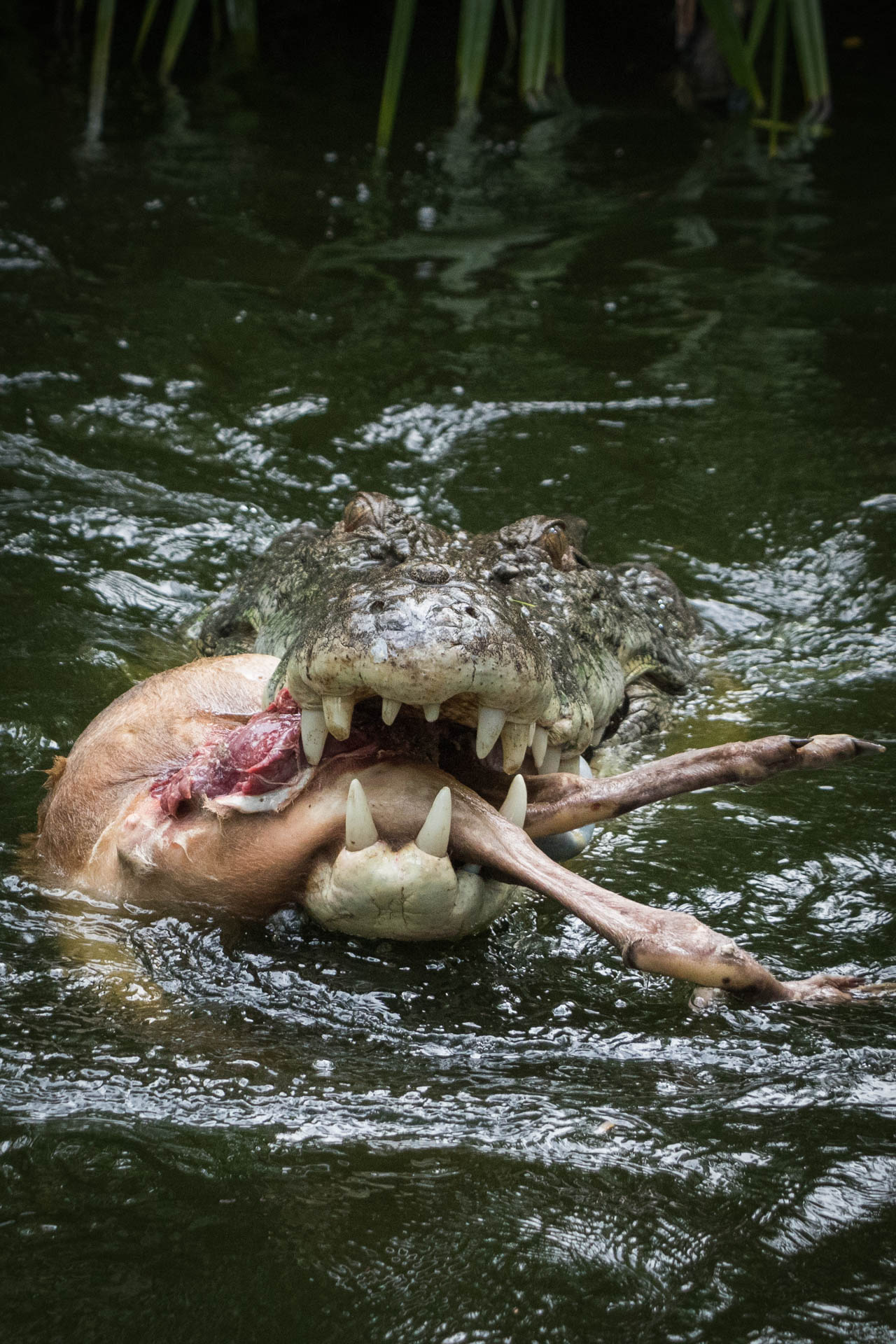 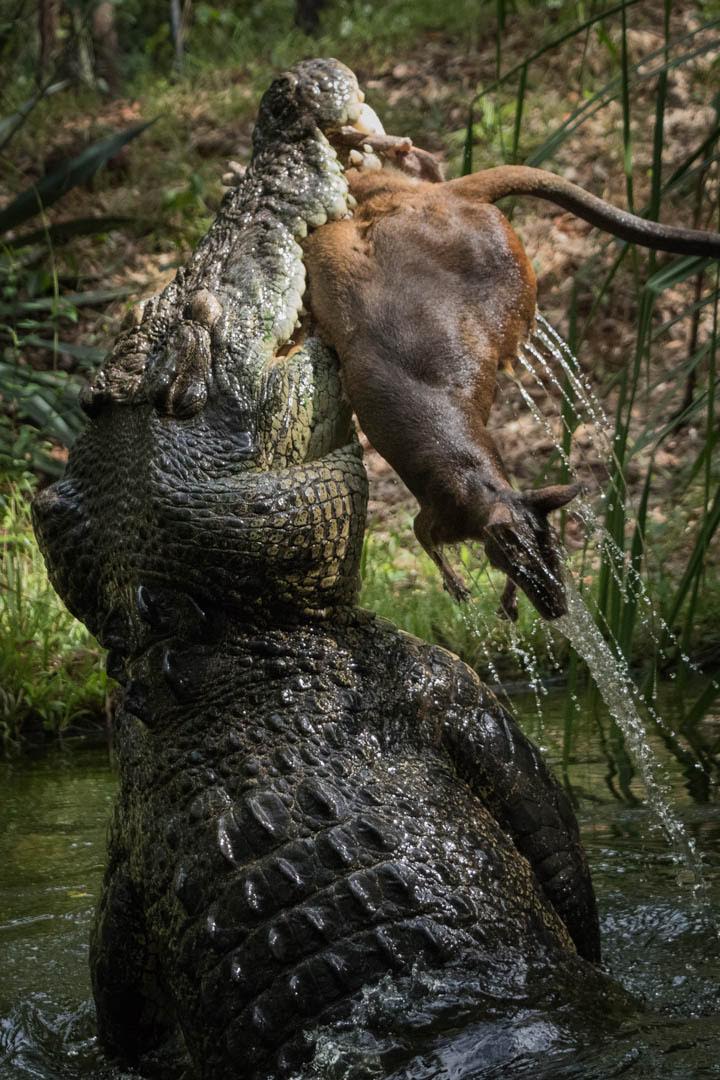 In another picture, the crocodile was pictured as it whipped the lifeless 23-inch wallaby from side to side, which ripped the animal apart and caused pieces of its body to be scattered across the water.

The brutal photos were taken by crocodile specialist Dr Adam Britton, 50, from Darwin, Australia, who captured the vicious attack in his hometown’s specialist facility from just 16-feet away.

Smaug the crocodile captured his tasty treat, which was dead already, just two-seconds after it was thrown into his enclosure.

“We have owned Smaug the crocodile for fifteen years and we were donated an agile wallaby who was roadkill for Smaug’s dinner,” Adam said.

“Two of us swung the wallaby and threw it into the enclosure, where it landed near the water’s edge and before we knew it, Smaug rushed out to grab it and pulled it into the water.

“He then treated the wallaby as if he had caught it, so took it underwater to ‘drown’ it even though it was already dead.

“After several minutes of repositioning the animal with his jaw to get the best hold, he started to whip the wallaby about and break it up.

“Smaug flicked the wallaby’s carcass so hard that it disintegrated into several pieces, which landed in the water and on the bank. After he’d eaten the piece in his mouth, he then sought out the remaining pieces.

“After less than a minute, the wallaby was devoured – but he did take around fifteen minutes ‘drowning’ it before breaking the wallaby up.

“Smaug’s diet is greatly improved by having natural prey like this and he enjoys breaking them up, which also keeps his jaws and skull strong.

“I had been trying to capture a photo that showed the raw power that a crocodile is capable of using to break up its food.

“It’s often said that crocodiles cannot chew, but that’s not true – with prey like this, it’s too large to swallow, so they flick their heads using a ‘whipping’ motion to tear the flesh and bones apart.

“It’s extremely effective and these photos really show the incredible power that a crocodile is capable of generating, as you can see the tension in these photos and you just know something violent is coming.”

Smaug is a 70-year-old saltwater crocodile who has appeared in dozens of documentaries and several feature films, including Black Water: Abyss.

This species of crocodile has recovered from near extinction in northern Australia and now generates millions for the economy. 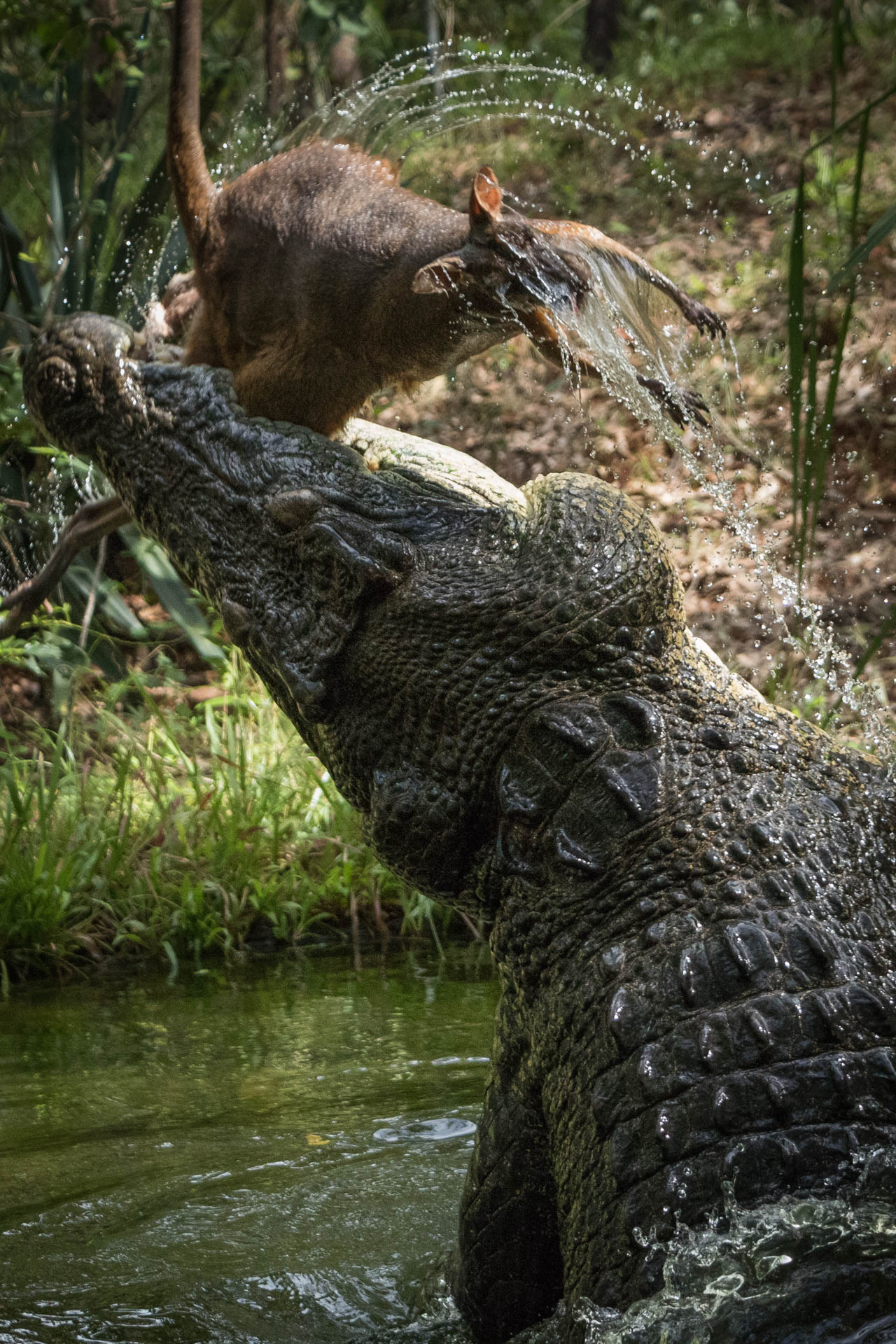 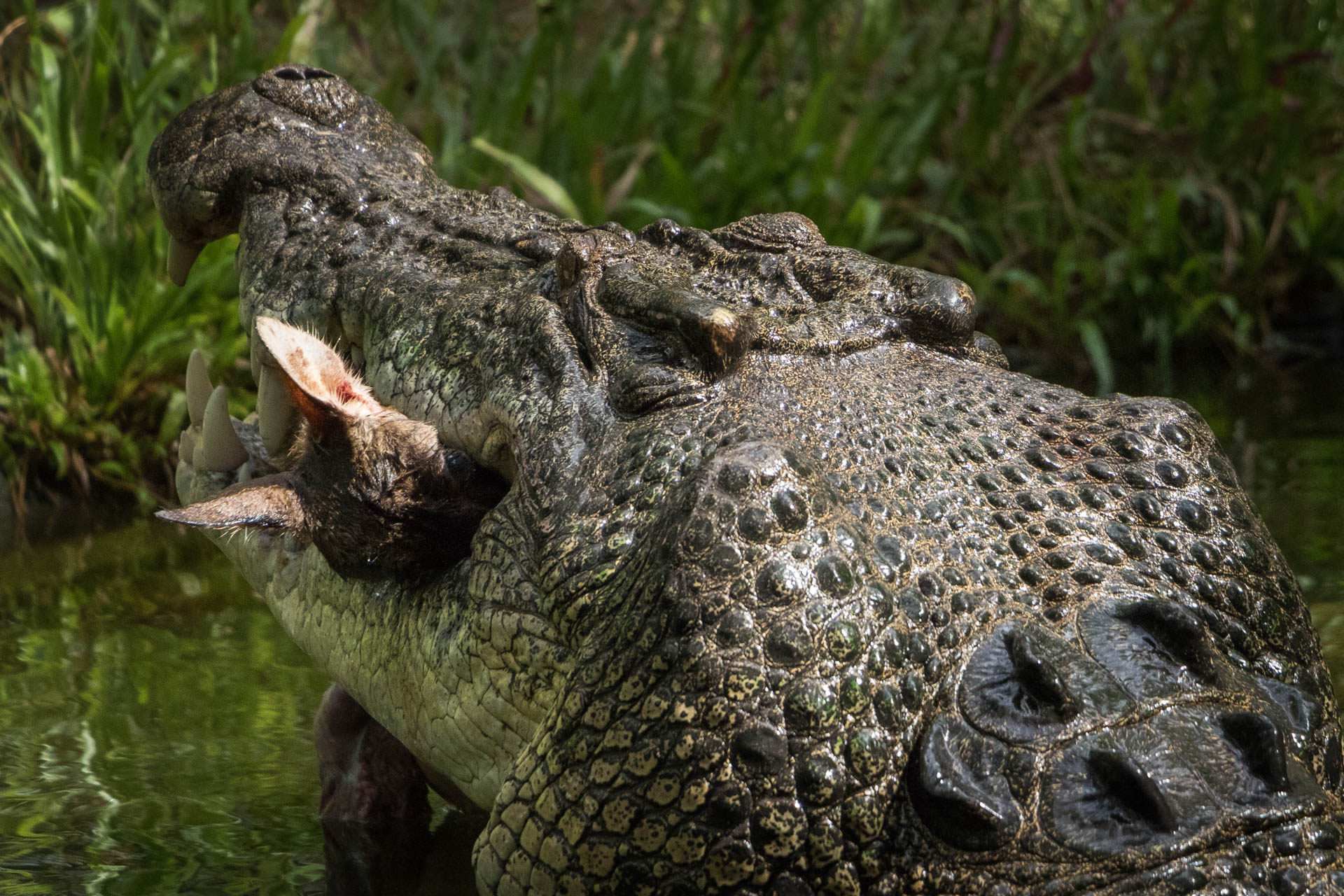 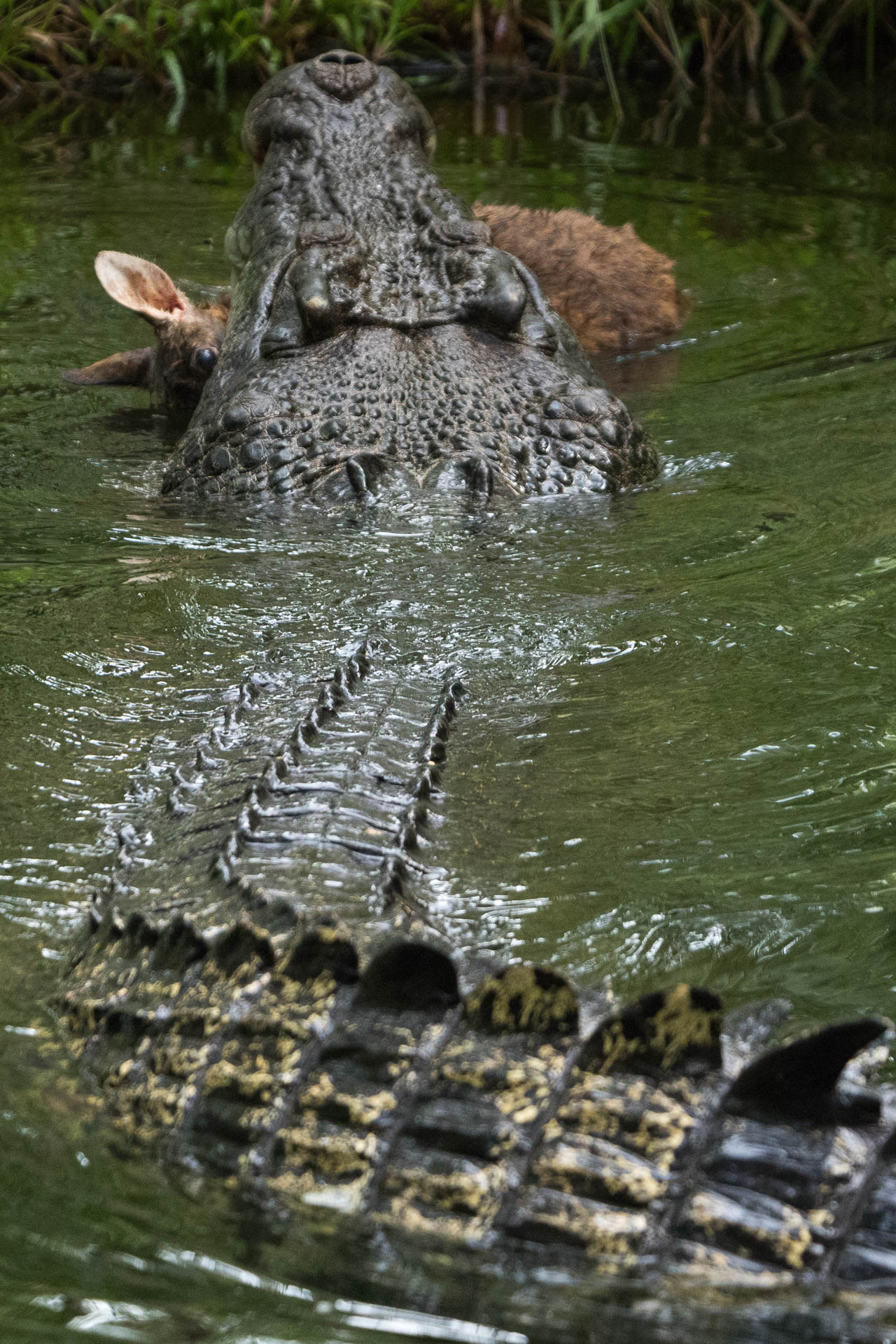