A new organization is launching to “empower” parents in the fight against “woke indoctrination” in K-12 education – adding to the growing backlash to the rise of critical race theory and other controversial ideas spreading through U.S. schools.

“PDE empowers parents by educating them on their children’s rights in the classrooms, how to document abuses and extremism, and how they can begin exercising influence and oversight with their school,” a press release reads.

It adds that “PDE trains parents how to put schools and officials on the spot, gain media attention, get involved with school boards and other oversight bodies, and make sure the school knows there will be consequences for indoctrination and radicalism in the classroom.”

Launched on Tuesday, the organization is led by founder Nicole Neilly, who also serves as the president of Speech First, and journalist Asra Nomani, who previously wrote for The Wall Street Journal. 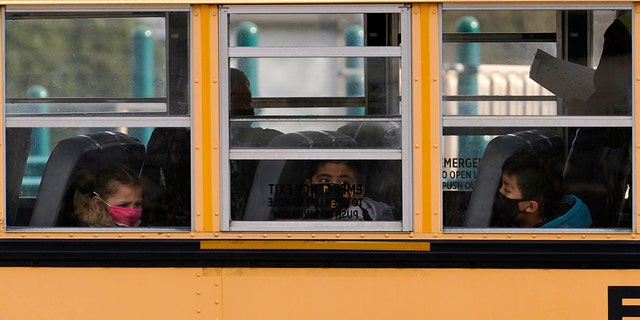 Nomani has already waded into the critical race theory debate, publishing documents earlier this month that showed an Illinois school district agreeing to pay a diversity consultant $10,500 for a one-hour talk.

“Our country is in a crisis today because of ideologues pumping divisive, polarizing ideas into our classrooms, teaching them to our children,” said Nomani, who’s serving as vice president of strategy and investigations.

“Educators have a moral duty to teach our kids how to read, write, and think – not dictate what they must think. As parents, we must stand together to defend education, challenge radicalization and inspire our children with positive values.”

Since last fall, critical race theory has garnered substantial attention as some media outlets picked up on trainings that utilized the controversial theory in U.S institutions.

Parents Defending Education is just the latest organized attempt to fight back on the issue. Fox News previously reported on a legal coalition led by Discovery Institute researcher Chris Rufo, who is seeking to bring civil rights litigation with the aim of ultimately reaching the Supreme Court.

Parents and other groups, such as Oregonians for Liberty in Education and Parents Against Critical Race Theory, have also been outspoken about the issue.

Proponents of these trainings and curricula have generally touted them as ways to address structural racism and enhance inclusion within different settings.

For example, the Oregon Department of Education (ODE) defended a controversial “Equity in Math” program – which taught, among other things, that finding the right answer was a manifestation of White supremacy – as helping “to improve equitable outcomes for Black, Latinx and multilingual students.”