‘Grandfather of Allergy’ William Frankland dies, aged 108, after an extraordinary career as a pioneering immunologist whose ‘lasting regret’ was to tell Saddam Hussein to quit smoking

A pioneering immunologist whose ‘lasting regret’ was telling Saddam Hussein to quit smoking has died at the age of 108.

Amongst many extraordinary events and achievements of Dr Alfred William Frankland’s life include his three-year survival in a Japanese prisoner of war camp and his development of desensitisation treatments for hay fever sufferers.

Dr Frankland continued to publish and participate in scientific debate well past his 100th birthday, and was made an MBE for allergy research at the age of 103. 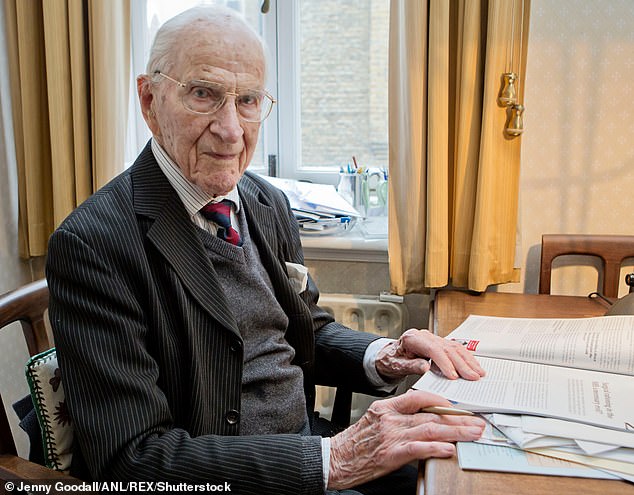 Dr Alfred William Frankland pictured aged 105. The pioneering immunologist, who was made an MBE for allergy research, has died at the age of 108 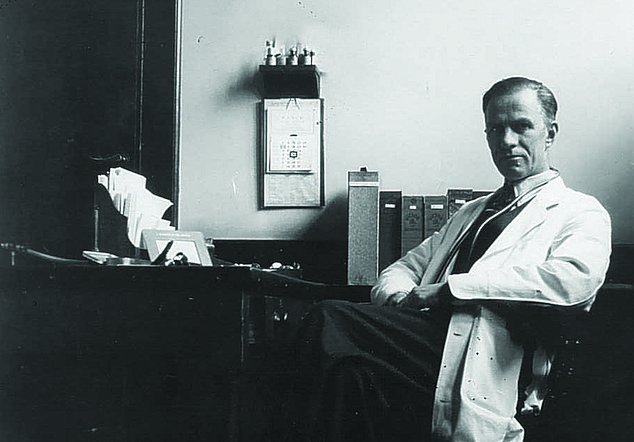 Dr Frankland pictured in the mid-1950s. One of Dr Frankland’s greatest accomplishments was his work on desensitisation to allergens and venoms

During the war years, he joined the Royal Army Medical Corps and was captured by the Japanese in 1942.

In his three-and-a-half years in the notorious Changi Camp, Dr Frankland suffered starvation and regular beatings and credits his survival to the fact he was able to treat Japanese troops.

After the war he began to work full-time in the allergy department of St Mary’s Hospital, and in the 1950s would go on to act as assistant to Sir Alexander Fleming in his penicillin research.

It was Dr Frankland who quoted Dr Fleming as saying that careless over-prescription of penicillin would inadvertently lead to ‘the death of man’.

One of Dr Frankland’s greatest accomplishments was his work on desensitisation to allergens and venoms through administering repeated low doses of the allergens.

He often experimented on himself using insects supplied by the London School of Hygiene and Tropical Medicine, almost dying on one occasion when he went into anaphylactic shock.

His work ultimately revealed that immunity to pollen could be induced in an average of three years through the treatment, and five years on average in the case of many venoms. 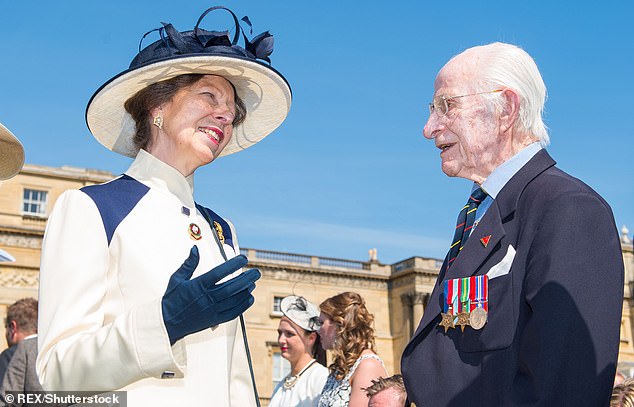 His work on the emerging science of pollen counts resulted in it becoming measured as a standard part of daily weather reporting.

Despite helping millions of allergy sufferers, Dr Frankland insisted he had never set out to assist people, saying instead he loved the mystery-solving element of his research.

He told the Daily Mail in 2005: ‘I think being a doctor is rather like being a detective – someone is sick and there’s something you have to discover that’s not obvious.’

Dr Frankland had a run-in with Saddam Hussein in 1979 after being invited to Baghdad to treat a ‘VIP’ patient.

The Iraqi dictator believed he was asthmatic, but Dr Frankland told him it was his 40-a-day smoking habit that was causing his breathing difficulties.

‘To my lasting regret, I told him that was his trouble and that if he carried on, in another two years he wouldn’t be head of state,’ Dr Frankland once said.

He retired from his job at St Mary’s at the age of 65 but worked in an unpaid consultancy role at Guy’s Hospital for a further 20 years, studying peanut anaphylaxis and paediatric allergies.

He continued to publish until the age of 105, and was interviewed just last month about the Covid-19 crisis on his 108th birthday.

In an interview published on Imperial College London’s website, he said: ‘I’ve been following the news around Covid-19 and it’s worrying – I think there are a lot of challenges ahead.

‘It’s great to see scientists, such as those at Imperial, working so quickly to help tackle the pandemic.

‘I’m also in awe of all the clinical and healthcare staff on the front line. It takes me back to World War Two when I was stationed in Singapore with the Royal Army Medical Corps.

‘I was looking after over 100 injured patients – mainly soldiers – at the same time. I saw many cases of encephalitis which didn’t have a treatment at the time, which was challenging.’

Dr Frankland is survived by his four children – two sons and two daughters. His wife Pauline died in 2002. They were married for 63 years.