The declaration has been signed by faith leaders from 35 countries, including anti-apartheid campaigner Desmond Tutu and the Bishop of Liverpool.

Signatories also include representatives of the world’s main religions, and former Irish President Mary McAleese, a prominent member of the Roman Catholic Church.

The announcement, which marks the launch of the Global Interfaith Commission on LGBT+ Lives, was made at a virtual conference of global faith representatives funded by Britain’s foreign ministry (FCDO) today. 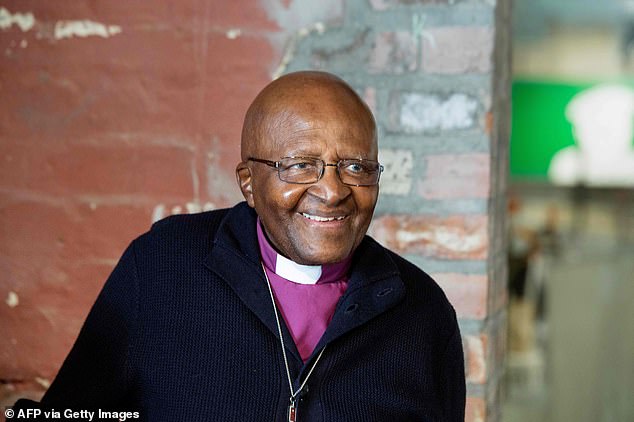 ‘We fully support its call to end violence, discrimination and the ongoing criminalisation of same-sex conduct in 69 countries,’ she said.

She described conversion therapy as ‘an abhorrent practice and should be stopped’.

‘But it’s a necessary step to remind the faith systems of the world and people of faith that they have an obligation to their fellow citizens who are also entitled to the full dignity of their humanity and their full equal human rights,’ she said. 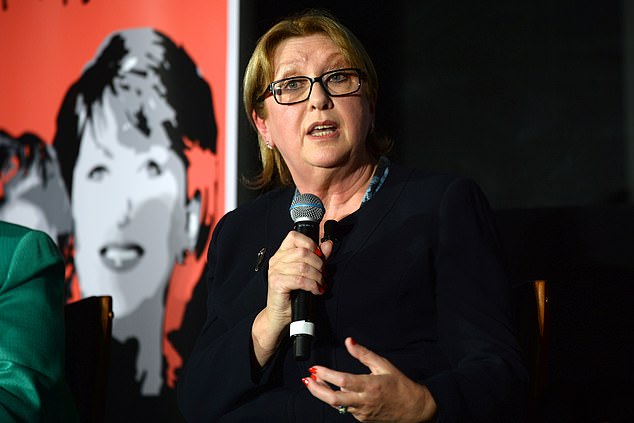 Only Brazil, Ecuador, Malta and Germany have instituted forms of nationwide bans on conversion therapy, which aims to alter a person’s sexual orientation or gender identity.

The declaration also acknowledges ‘with profound regret’ that religious teachings through the centuries have ’caused and continue to cause deep pain and offence to those who are lesbian, gay, bisexual, transgender, queer and intersex’.

Rabbi Laura Janner-Klausner, former senior rabbi to Reform Judaism, which groups 41 independent synagogues, said the statement was partly about acknowledging that ‘our religions … still have a lot that we are culpable for’.

‘It would be lovely to say it has nothing to do with us, but our religious traditions have driven conversion therapy, particularly,’ she added.

To date, the declaration has been signed by religious leaders including Christians, Jews, Sikhs, Hindus, Buddhists and Muslims.

‘I think the Muslim community is ready for this conversation,’ said Imam Muhsin Hendricks, who founded the Masjidul Ghurbaah Mosque in Cape Town, South Africa, one of the world’s few LGBT-inclusive mosques.

‘I’m currently training with six imams from different parts of Africa and the openness to look at this issue (is incredible),’ he said.

‘I’m really amazed and excited because 10 years ago this kind of training with imams was not possible. So I do think the community is ready.’

Related posts:
Incest mom who filmed herself sexually abusing her own daughter, 5, in bath has 20 years added to jail term
The COVID-19 Vaccine Has Finally Arrived. Experts Explain How It Works, And When You Can Get It
Popular News
Martin Lewis reveals self-employed will have to wait until March Budget for fourth income support scheme grant
23/01/2021
Man Utd wonderkid Ramon Calliste, called ‘the next Giggs’, now owns luxury watch business and makes £5m a year – The Sun
26/03/2020
Megan Thee Stallion Addresses Criticism Over Twerking: ‘I Love to Shake My A**’
26/03/2020
Police guard shops to stop coronavirus panic-buyers and enforce social distancing – The Sun
26/03/2020
Coronavirus: Good Morning Britain’s Dr Hilary reveals ‘game-changing’ self-testing kit
26/03/2020
Recent Posts
This website uses cookies to improve your user experience and to provide you with advertisements that are relevant to your interests. By continuing to browse the site you are agreeing to our use of cookies.Ok