Home » World News » Girl, 14, pregnant after being groomed and raped by Romanian sex gang while being ‘trained’ for prostitution in UK

Girl, 14, pregnant after being groomed and raped by Romanian sex gang while being ‘trained’ for prostitution in UK

A TEENAGE girl is eight months pregnant after being groomed and raped by a Romanian sex trafficking gang who were allegedly training her for prostitution.

The 14-year-old girl doesn't know which of her abusers is the father of her baby, a shocking report by ITV revealed. 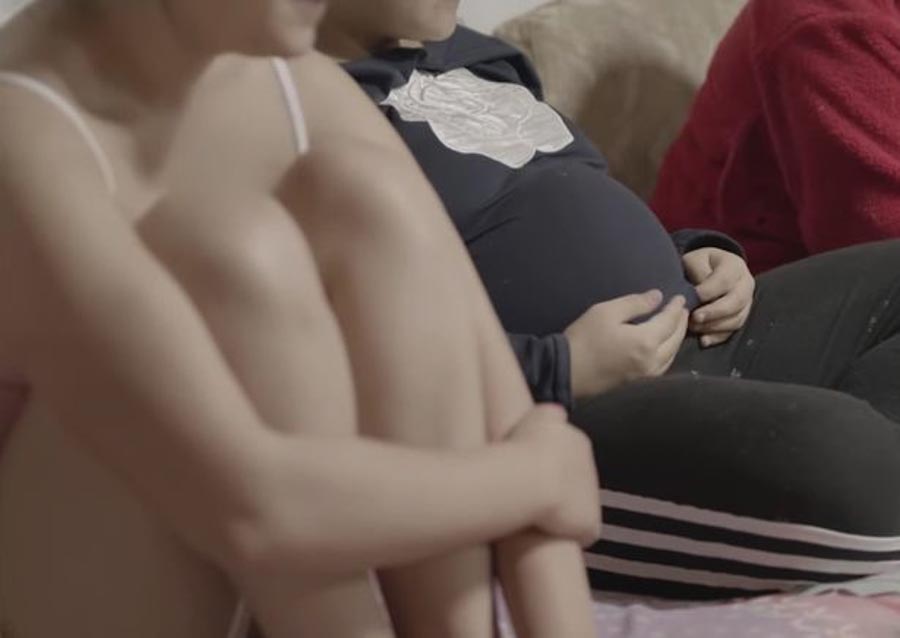 Iana Matei, who runs a shelter for trafficked children in Romania, is currently looking after six girls at the moment.

The former victims include a 13-year-old girl who was beaten if she wouldn't have sex with her abusers, and a 16-year-old who fled home after being raped by her father, it's alleged.

If they are not rescued, the girls are reportedly sold to countries such as the UK where they are then coerced into prostitution.

"If they are very young, they are exploited in flats because they are hidden.

"At 14 or 15 years old they can be taken out on the streets to get used to the environment. They train them until they are 18 in Romania and then they sell them to western countries like the UK," Iana told ITV.

"It's very difficult to help them when they are in your country because they've been in this situation for four or five years.

"There is no other life they know. You can't save them all," she said.

The government have historically estimated that there were between 10,000 and 13,000 victims of trafficking in Britain.

But, the charity Justice and Care and the think tank Centre for Social Justice believe the true figure is much higher.

Romania has a population of 19million, yet six million reportedly live outside the country and approximately 8.5million people are at risk of poverty.

Last year, lawmakers in the country jailed less than half the traffickers they prosecuted, according to reports.

The Romanian government have been accused of corruption and a lack of political will amid reports that the number of victims coming from the country has increased year-on-year.

The punishments in Romania for trafficking vary from a fine to seven years in jail.

If you have been affected by any of the issues in this article contact The Samaritans on 116 123. They are available for free at anytime.

Related posts:
Want to manage your finances better? This free digital event could help
Marcia Cross Reflects on Her Anal Cancer Treatments: ‘The Side Effects Are So Gnarly’
Popular News
Sophia Loren Calls ‘The Life Ahead’ Success ‘A Testament to the Beauty’ of Italian Cinema
24/11/2020
Man Utd wonderkid Ramon Calliste, called ‘the next Giggs’, now owns luxury watch business and makes £5m a year – The Sun
26/03/2020
Megan Thee Stallion Addresses Criticism Over Twerking: ‘I Love to Shake My A**’
26/03/2020
Police guard shops to stop coronavirus panic-buyers and enforce social distancing – The Sun
26/03/2020
Coronavirus: Good Morning Britain’s Dr Hilary reveals ‘game-changing’ self-testing kit
26/03/2020
Recent Posts
This website uses cookies to improve your user experience and to provide you with advertisements that are relevant to your interests. By continuing to browse the site you are agreeing to our use of cookies.Ok