A HOMEOWNER was horrified to discover a giant daddy long legs the size of a plate hanging out on her kitchen wall.

Alina, 25, couldn't believe her eyes when she spotted the "horrendously huge" spider while she was grabbing herself a drink this morning. 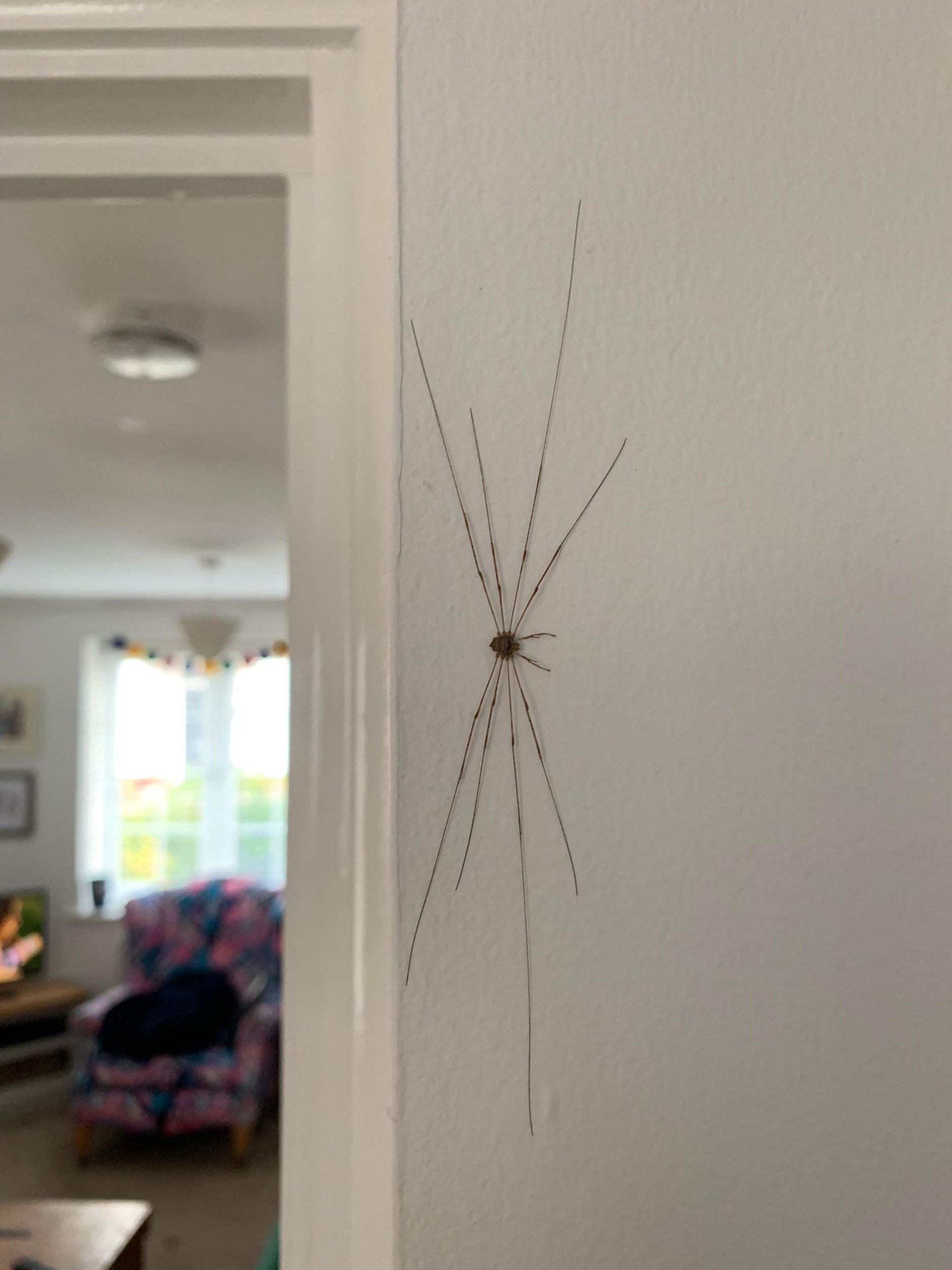 The unlucky software technician estimated the creature to be about seven inches in diameter – a far cry from the usual three or four-inch variations of the insects that Brits are used to.

Alina, from Cambridge, snapped a photo of the beastie lying dormant next to her living room door frame.

It shows the daddy long legs – also known as a harvestman – with its limbs sprawled over the wall.

The creature has a small, round, brownish body and hugely long spindly legs.

Each varies in length, but two in particular spread further than the rest, covering a worrying portion of the wall.

Alina said: "I don’t know how long it had been there or where it came from, but it scared the life out of me and made me feel very itchy.

"I froze and called my partner’s name – I didn’t want to get too close to it in case it moved!

"We live in a fairly rural area next to quite a lot of fields so we get a lot of spiders and crawly things but I’d never seen anything like this before."

Alina uploaded the alarming photo to social media with the caption: "What is this?!"

Her post quickly gained significant attention, with hundreds of people in disbelief at the spider's mega proportions.

Another wrote: "You are absolutely kidding me. That’s horrific!"

And one said: "It's a daddy long legs on steroids."

The creature has since been identified as a Dicranopalpus Ramosus.

Spider expert Professor Adam Hart told The Sun Online: "What we have here is, believe it or not, not actually a spider.

"It is another type of arachnid in a group called the Opiliones – more commonly called the harvestmen.

"The arachnids have a number of different groups, including the spiders, the harvestmen and scorpions.

"Harvestmen usually look like raisins with long spindly legs. And unlike spiders that have big chunky 'back end' and the front part where the legs are, they don't have two sections to their body.

"They are totally harmless."

The creature has since been captured by Alina’s partner Connor and released into the wild, but Alina still has an itchy feeling under her skin.

She added: "I'm glad to read they’re harmless but I certainly don’t want to see one in my house again!"