Ghislaine Maxwell’s attorney has responded to her client’s sensational arrest last week, describing the charges against her as ‘meritless’.

Maxwell, 58, had spent years lying low but was finally detained on July 2 at her home in New Hampshire, and transferred to New York on July 6.

On Thursday her Colorado-based attorney, Laura Menninger, issued a formal response to a civil suit filed against Maxwell in January.

Much of Menninger’s response dealt with that case, but she also in the filing criticized the arrest of her client on six criminal charges, filed on June 29.

‘The United States Attorney’s Office for the Southern District of New York on June 29, 2020, caused a meritless indictment to be issued against Ms. Maxwell,’ she wrote. 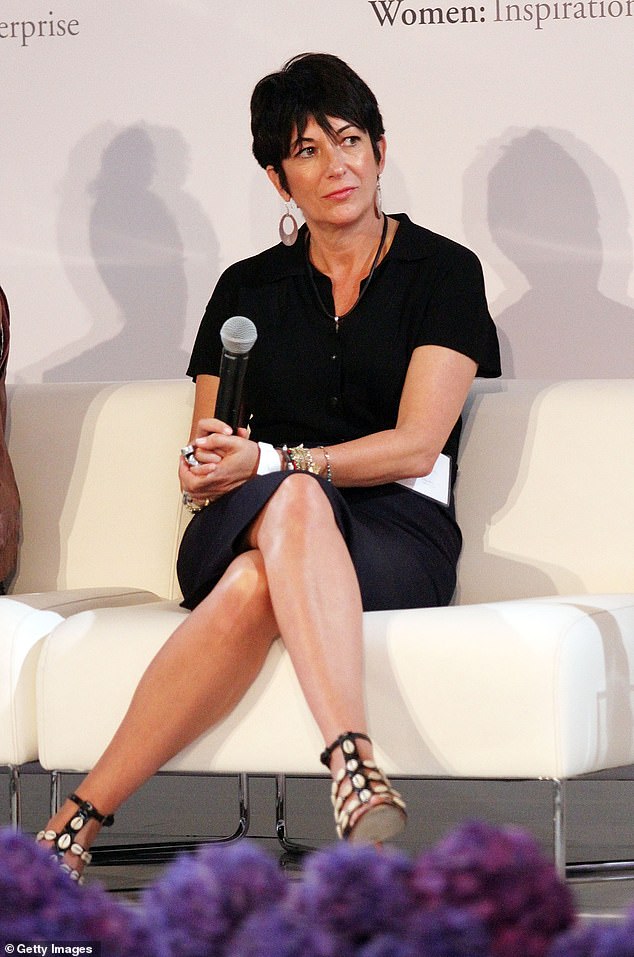 Maxwell, the socialite daughter of late British media baron Robert Maxwell, has been indicted on multiple charges in connection to an alleged sex-trafficking operation that brought girls – some as young as 14 – to Epstein’s Manhattan home.

Prosecutors alleged that Maxwell, between 1994-1997, ‘assisted, facilitated and contributed to Jeffrey Epstein’s abuse of minor girls by, among other things, helping Epstein to recruit, groom and ultimately abuse victims known to Maxwell and Epstein to be under the age of 18.’

Menninger has represented Maxwell for many years, and is working on her behalf on both civil and criminal cases. 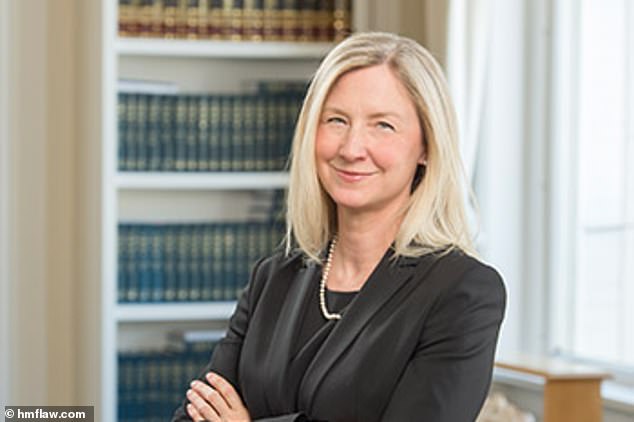 Laura Menninger, Maxwell’s long-time lawyer, is based in Denver, Colorado

Maxwell was romantically involved with Jeffrey Epstein from around 1992, but then became his ‘right-hand woman’, managing his property empire and, it is alleged, his trafficking of minors

Her court filing on Thursday provided Maxwell’s answer to the separate civil lawsuit brought against Maxwell and Epstein’s estate in January by an anonymous accuser, Jane Doe.

The accuser alleges that she was first approached by the pair in 1994 at a summer music camp in Michigan, when she was 13 years old.

She was then repeatedly abused by the pair over ‘years’.

‘Jane Doe was their first known victim and was subsequently abused by Epstein and Maxwell for years as a young girl, suffering unimaginable physical and psychological trauma and distress,’ her complaint alleges.

‘Maxwell also regularly facilitated Epstein’s abuse of Doe and was frequently present when it occurred.’

According to the civil complaint, ‘Epstein’s system of abuse was facilitated in large part by his co-conspirator and accomplice, Maxwell, who helped supply him with a steady stream of young and vulnerable girls – many of whom were fatherless, like Jane Doe, and came from struggling families.’

Maxwell’s attorney noted in the Thursday filing, obtained by ABC News, that Maxwell was answering Does’ complaint ‘to the extent that she can without waiving the right against self-incrimination under the United States and New York constitutions and otherwise will invoke that right.’

‘Ms Maxwell’s denials of factual allegations [in Doe’s lawsuit] shall be interpreted the same as pleading not guilty to the various counts in any criminal indictment,’ Menninger wrote.

Maxwell’s attorney issued broad denials to nearly every allegation in Doe’s complaint and argued that whatever damages may have been suffered by Doe, they were not caused by Maxwell.

‘[Does’s] damages, if any, were the result of her own conduct,’ her attorney wrote, contending that Doe had ‘voluntarily or negligently assumed a known risk’ and had ‘consented to the alleged conduct.’

Maxwell’s attorney contends that the case should be dismissed and is barred by statutes of limitations.

Robert Glassman, attorney for Jane Doe in the January case, told ABC News that they were saddened by her attempt to shift blame onto the victims, but would fight the case with vigor.

‘Ms. Maxwell is once again deflecting blame on the victims themselves for the significant role she played in causing the victims irreparable damage,’ he said.

‘We are disappointed that she is taking this position, but look forward to holding her responsible for what she did.’

Maxwell has not yet entered a plea to the criminal charges.

The high-flying socialite, friends with royalty and celebrities around the world, is currently being held at a federal jail in Brooklyn – prosecutors opting not to keep her in the Manhattan jail where Epstein took his own life in August.

Federal prosecutors argue that she is an extreme flight risk and should be held in custody until trial.

A bail hearing is scheduled for July 14.