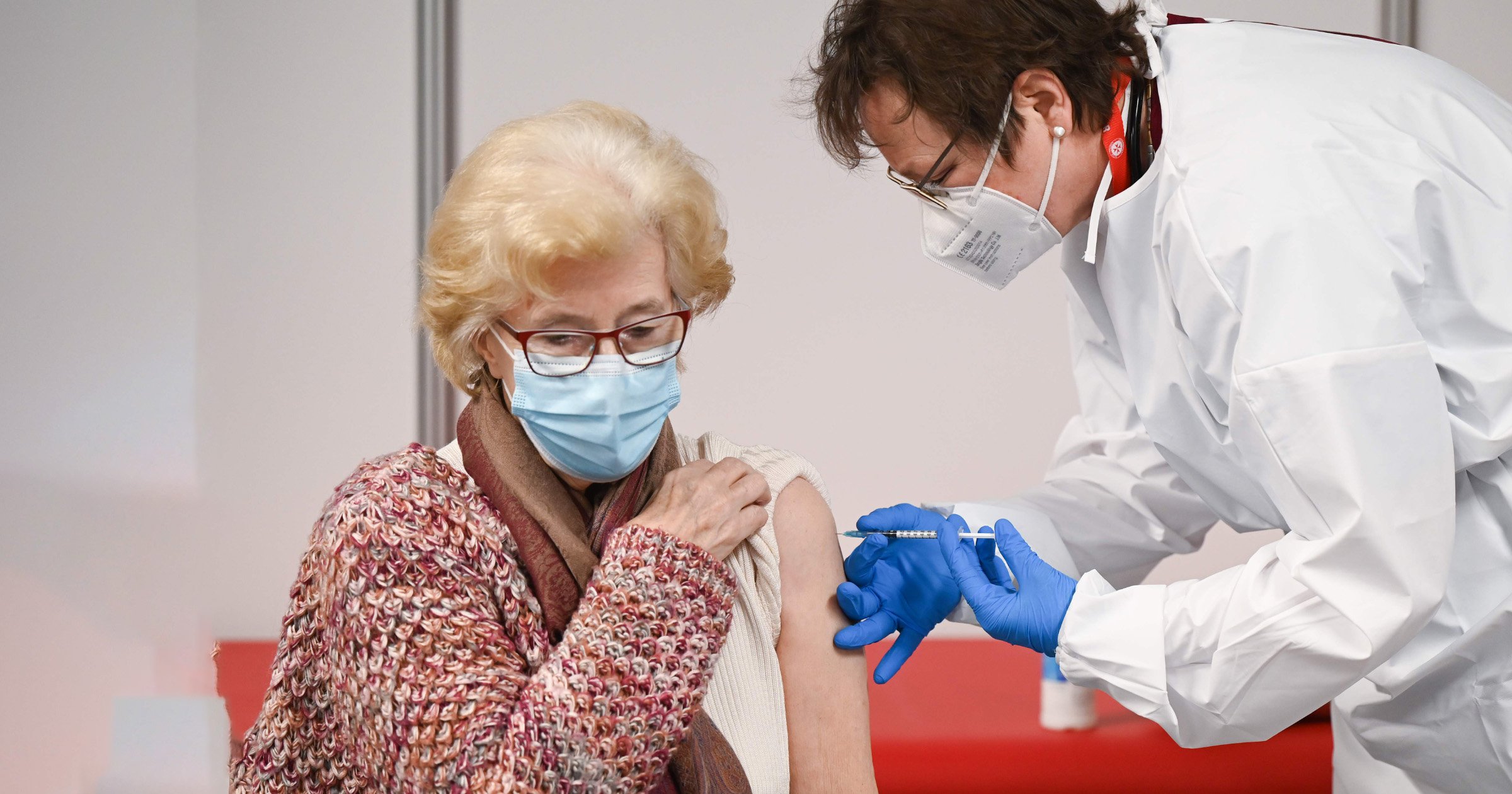 Health experts advising the German government are recommending that the Oxford/Astrazeneca vaccine shouldn’t be given to the elderly.

The Standing Vaccine Commission, from Berlin’s Robert Koch institute, say there is ‘insufficient data currently available to ascertain how effective the vaccination is above 65 years’.

It comes amid a growing row between Britain and the EU, who have demanded access to Astrazeneca jabs made in the UK in response to supply issues on the continent.

But hitting back at German authorities, Public Health England said the vaccine was ‘safe’.

Head of immunisations Dr Mary Ramsay said: ‘Both the AstraZeneca and Pfizer-BioNTech vaccines are safe and provide high levels of protection against COVID-19, particularly against severe disease.

‘There were too few cases in older people in the AstraZeneca trials to observe precise levels of protection in this group, but data on immune responses were very reassuring.”

‘The risk of severe disease and death increase exponentially with age – the priority is to vaccinate as many vulnerable people as possible with either vaccine, to protect more people and save more lives.’

It comes after a draft recommendation from Germany’s vaccination advisory committee said the jab should only be given to people aged 18 to 64 for now.

The body added: ‘There currently is not sufficient data to assess the vaccination effectiveness from 65 years.’

When asked what he thought of this assessment during a visit to Scotland today, Boris Johnson told reporters: ‘I don’t agree with that’.

He added that the UK’s Medicines and Healthcare products Regulatory Agency (MHRA) had found the jab is ‘effective across all age groups’.

It comes amid a clash between the EU and AstraZeneca, who told the bloc they would only be able to send a fraction of the doses promised, with the UK refusing to bow to demands to hand over some of theirs.

AstraZeneca CEO, Pascal Soriot, insisted it had also had ‘teething issues’ with Britain’s supply – but because UK officials signed its contract three months earlier than the bloc, the disruption was fixed ahead of the EU.

As Brussels eyes up Britain’s supply of jabs, officials from Belgium’s medicines regulator paid an unexpected visit to the firm’s production plant in the country, on request of the European Commission.

The Belgian health minister said the inspection aimed to prove whether AstraZeneca’s claims of supply disruption was genuine.

Brussels suspects the firm may have sold stock reserved for the EU to other countries, including the UK.

Earlier this week the EU threatened to tighten controls on exports of the Belgian manufactured Pfizer-BioNTech jabs.

The European Medicines Agency is expected to approve the AstraZeneca vaccine for use in the EU tomorrow, although it is not yet clear whether it will set an age limit.

Oxford University, which partnered with AstraZeneca to develop the vaccine, has stressed that its jab offers high protection against severe disease and prevents people needing to go to hospital.

A Phase 3 Lancet study published in December said older age groups had been recruited later into the study so ‘efficacy data in these cohorts are currently limited by the small number of cases, but additional data will be available in future analyses’.

Older people made up similar proportions in the Brazilian section of the trial, which was made up of 4,088 people.

Those results found that all age groups, including older people, had an immune response to the vaccine after two doses.

Earlier this week, a report in German business daily newspaper Handelsblatt said AstraZeneca’s vaccine was thought to be only 8% effective among the over-65s. 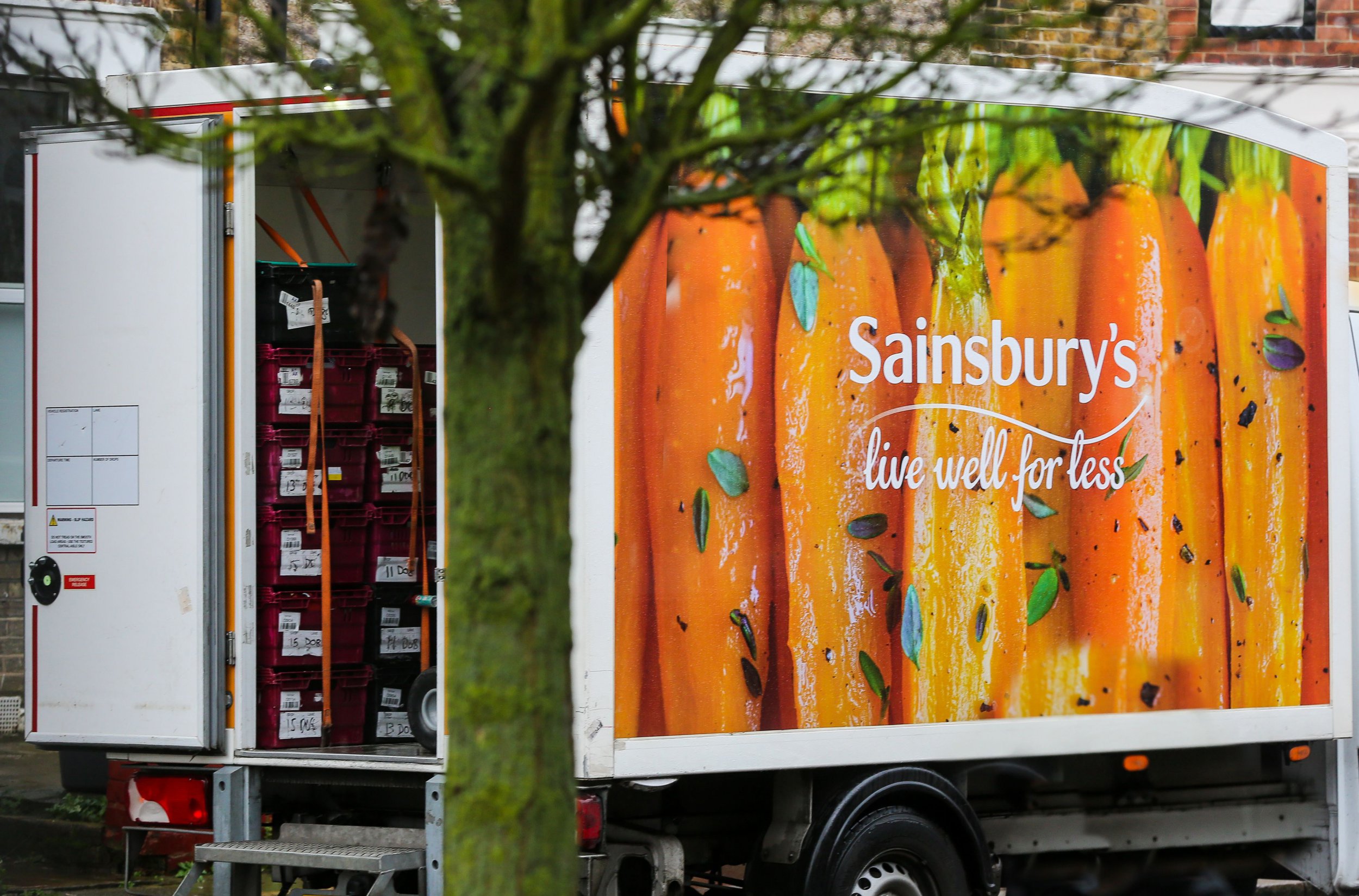 The German Health Ministry later said the 8% figure actually refers to the number of people in an AstraZeneca study aged between 56 and 69.

Meanwhile, Downing Street said the UK’s chief scientific adviser, Sir Patrick Vallance, had told the Cabinet that the Oxford/AstraZeneca vaccine had been shown to be effective in younger and older people.

A No 10 spokesman said: ‘The chief scientific adviser set out that the Oxford/AstraZeneca vaccine remains both safe and effective and that the trials showed similar immune responses in both younger and older adults.’