GEORGE Floyd's family has hired their own pathologist after the official autopsy claimed he did not die of strangulation or asphyxiation.

Father of six, Floyd, was filmed begging and gasping for air as police officers knelt on his neck while he was cuffed and on the ground during his May 25 arrest in Minneapolis. 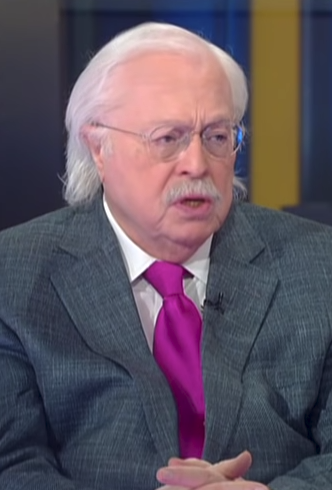 The preliminary results of the county’s autopsy instead seemed to exonerate the police for their actions.

The report suggests he died from a combination of heart disease and "potential intoxicants in his system" that were exacerbated by the restraint placed on him by police officers.

Floyd's family slammed the report, saying that the underlying health conditions cited in the official report are "an illusion".

Their attourney, Ben Crump, said "The family does not trust anything coming from the Minneapolis Police Department. How can they?"

"We already saw the truth." 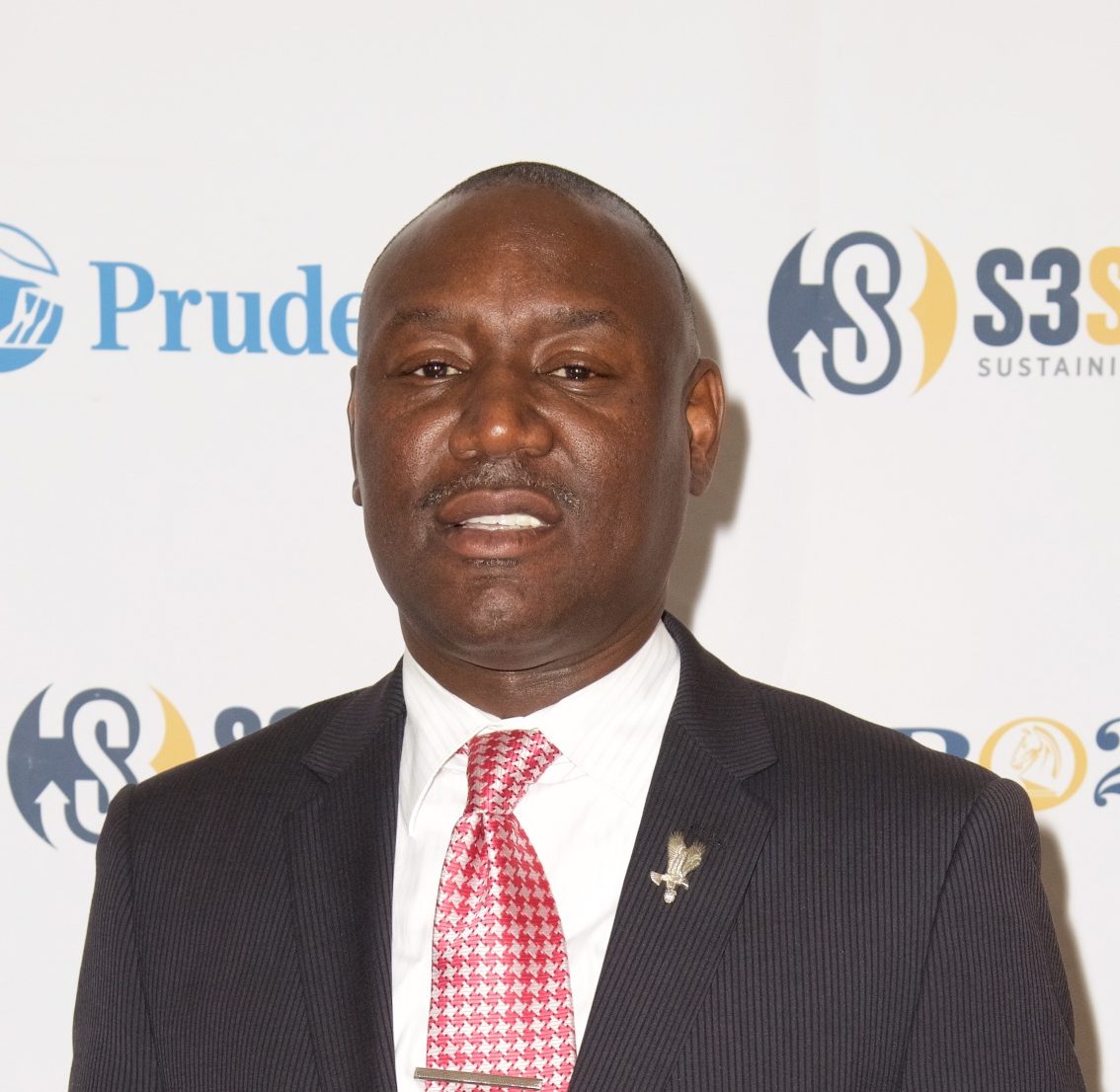 Floyd's murder has sparked riots and protests across the US that have lasted for four days in a surge of public rage against institutional racism.

Baden is set to travel to Minneapolis on Saturday and told Fox News he will discuss his findings next week.

The county's autopsy results were revealed Friday after former police officer Derek Michael Chauvin, who was shown kneeling on Floyd's neck during his arrest on Monday, was charged with his murder.

The criminal complaint filed against Chauvin, 44, cited that preliminary findings from a Tuesday autopsy conducted by the Hennepin County Medical Examiner saw "no physical findings that support a diagnosis of traumatic asphyxiation or strangulation".

"The combined effects of Mr. Floyd being restrained by police, his underlying health conditions and any potential intoxicants in his system likely contributed to his death."

Family attorney's Ben Crump and S. Lee Merritt said in a press conference Friday that they have called on Dr. Michael Baden, a renowned forensic pathologist, to conduct an independent autopsy instead of the Hennepin County Medical Examiner's office.

Dr. Baden is a highly respected pathologist with a history of contradicting questionable official reports, including the cases of Epstein, OJ Simpson, and Eric Garner, who died in 2014 while being placed in an unauthorized chokehold by NYPD Officer Daniel Panteleo.

Panteleo wasn't criminally charged but was fired from the police force in 2019.

Crump said: "We're going to take custody back of George Floyd's body, and we're bringing in Dr. Michael Baden to perform an independent autopsy because we saw in the Eric Garner case and so many other cases where they have these people who work with the city come up with things that are such an illusion. 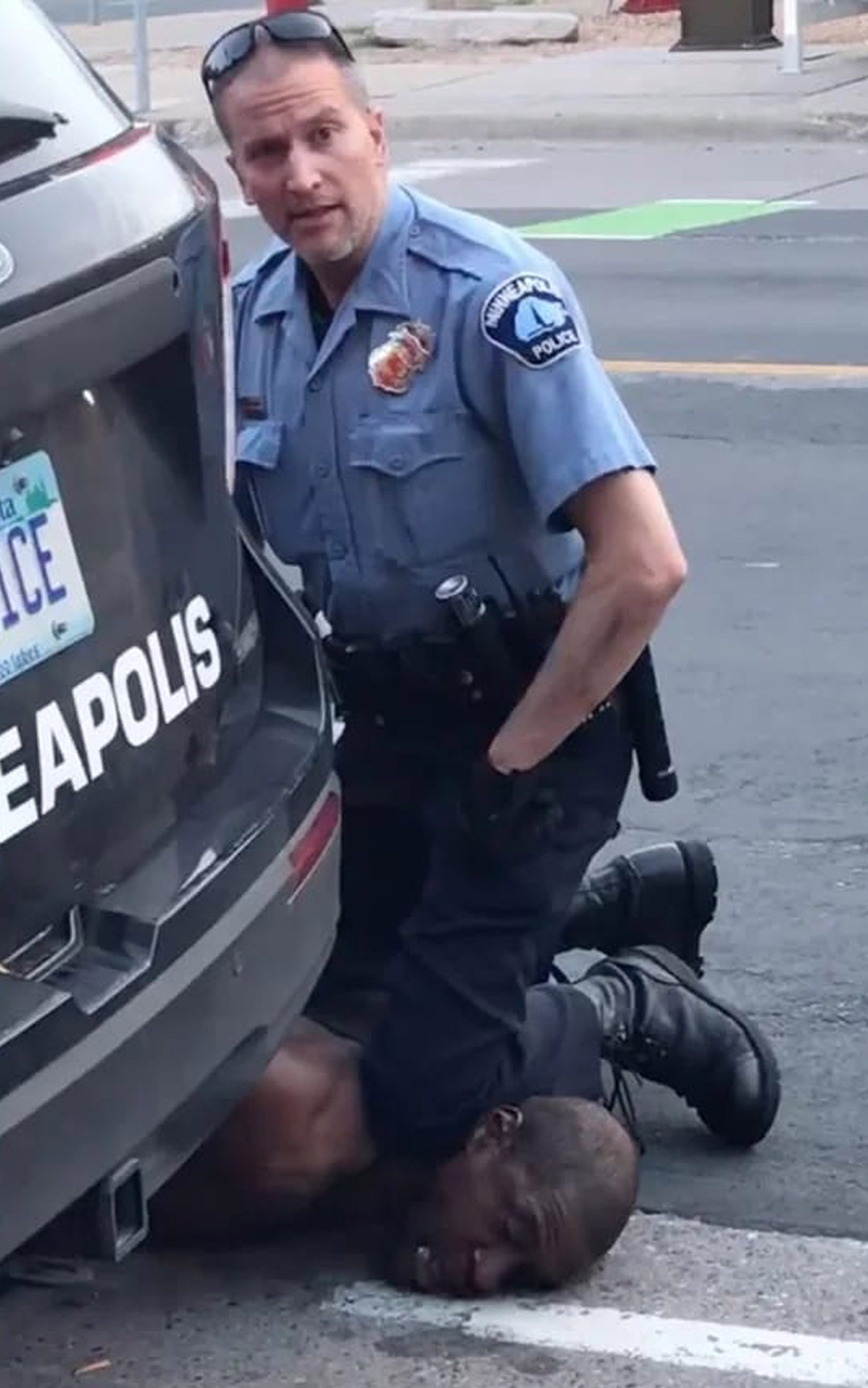 "They're going to have their own autopsy. We're not going to rely on this DA or this city to tell us the truth. We already saw the truth.

"He had asthma, he had a heart condition – all these things that are irrelevant when they were living, breathing, walking, talking, just fine until the police accosted them."

They also called for a more serious charge to be brought against Chauvin and for the arrests of the three other officers who were fired alongside Chauvin over Floyd's death – J Alexander Kueng, Thomas Lane and Tou Thao.

"We call on authorities to revise the charges [against Chauvin] to reflect the culpability of this officer,' the statement continued.

"We fully expect to see the other officers who did nothing to protect the life of George Floyd to be arrested and charged soon." 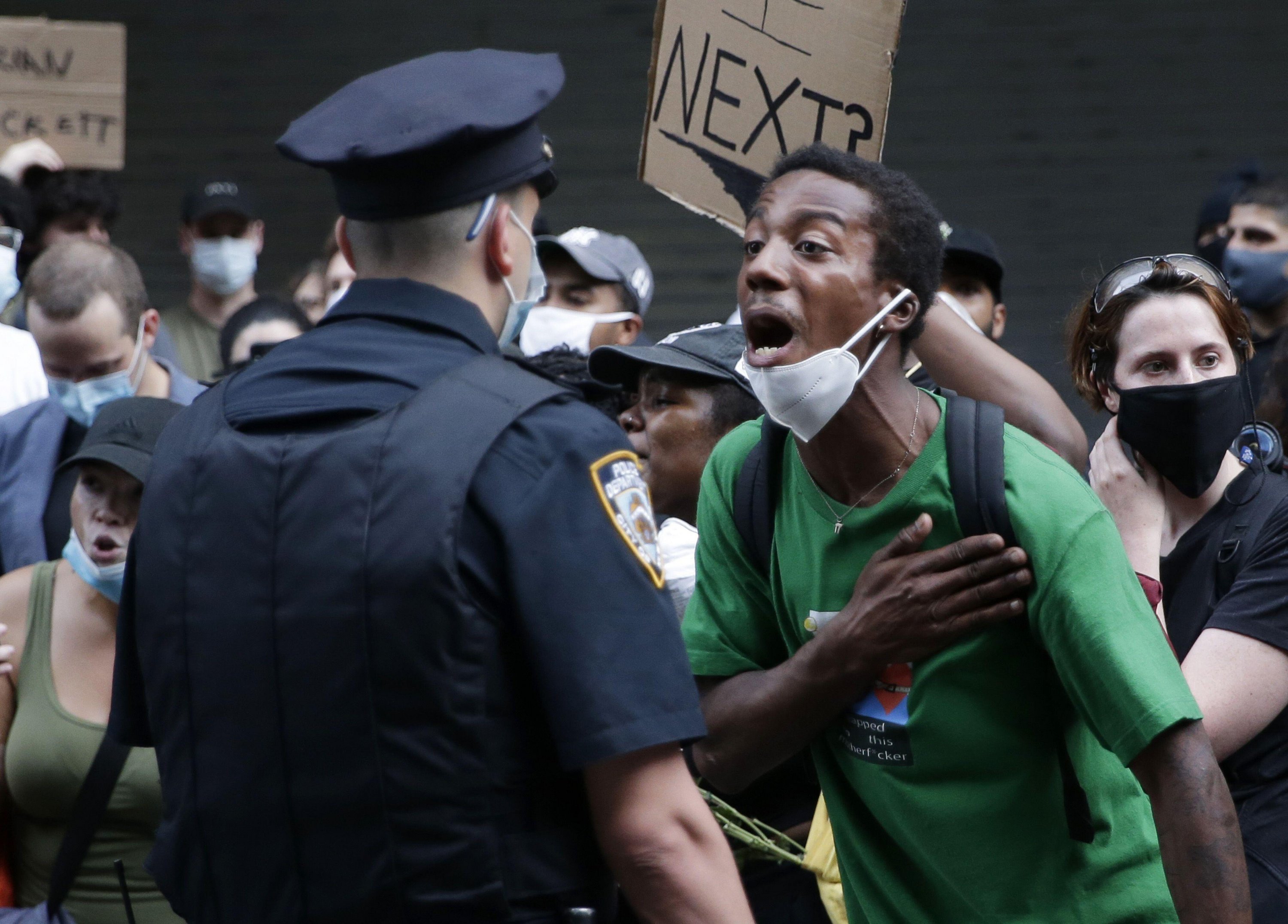 Crump and Merritt have previously called for a congressional hearing and a national task force to address deadly police-involved shootings, calling it a "pandemic of racism" and "a state of emergency".

Crump said: "If we don't address this in the next month or two we will see another senseless, unjustifiable killing of an African American at the hands by people who are police or pretend to be police."

Floyd, a 46-year-old black man, died on Memorial Day as he was arrested by four police officers over allegedly trying to buy cigarettes with a counterfeit $20 bill. 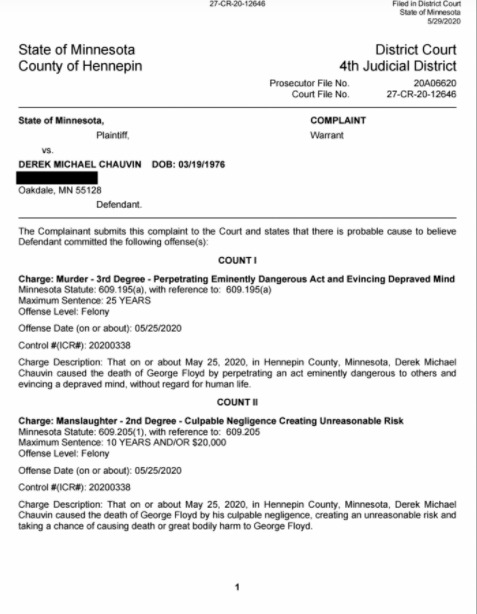 He was seen in a video pleading that he couldn't breathe as white officer Derek Chauvin pressed his knee against his neck.

Floyd repeatedly asked for the officer to get off his neck but Chauvin remained.

Chauvin is also heard saying that Floyd will be "staying put where we got him".

Video showed Floyd was unresponsive for the last 2 minutes and 53 seconds.

A criminal complaint was filed against Chauvin Friday in which he was charged with third-degree murder and manslaughter.

The complaint stated that he had received training about how holding a person in the kind of restraint seen in the Floyd arrest would be dangerous.

"The defendant had his knee on Mr. Floyd's neck for 8 minutes and 46 seconds in total. Two minutes and 53 seconds of this was after Mr. Floyd was non-responsive.

"Police are trained that this type of restraint with a subject in a prone position is inherently dangerous." the arrest warrant read. 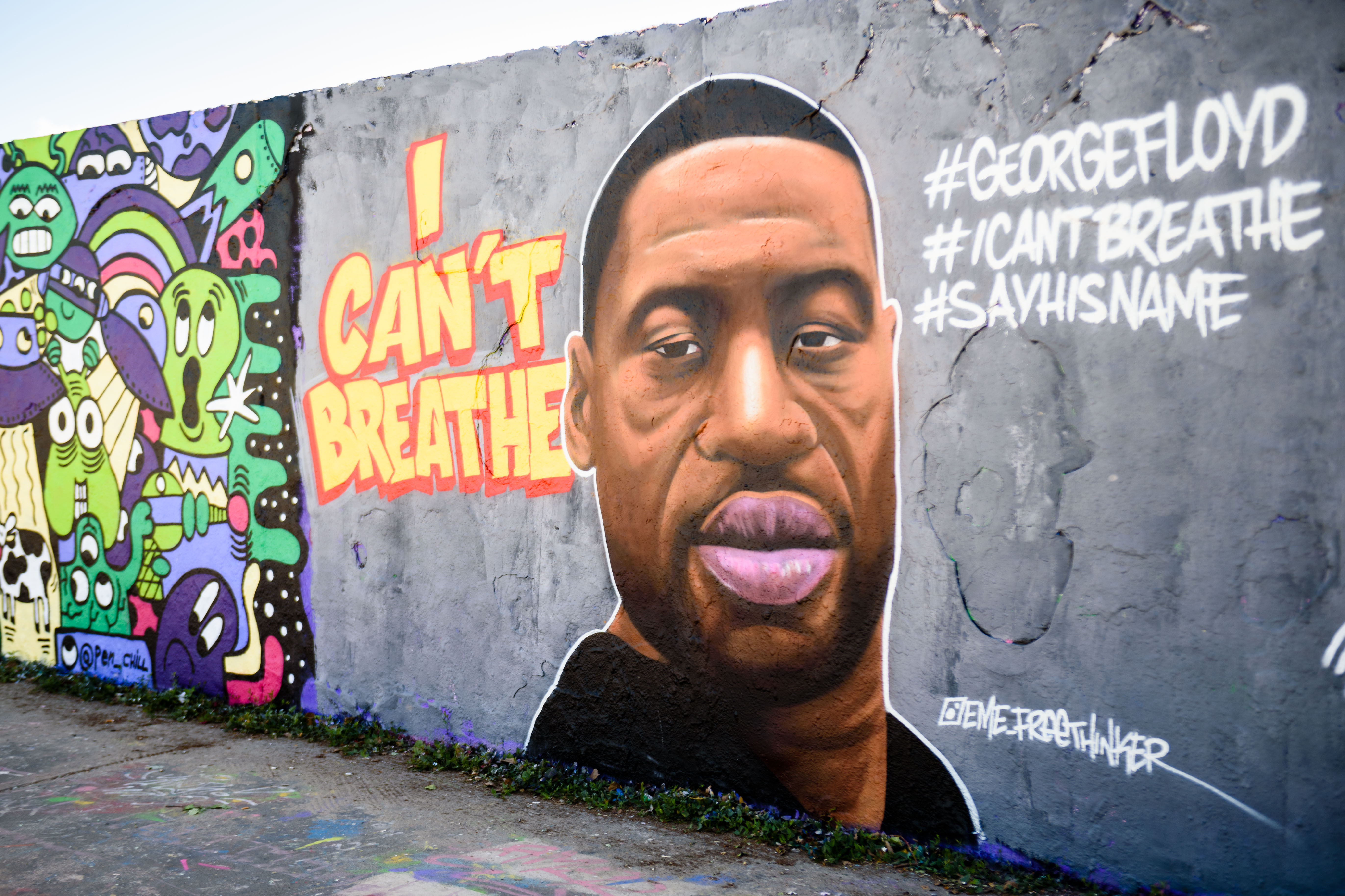 Related posts:
Relationship & Dating Podcasts Everyone Looking for Love Should Listen To
UK coronavirus death toll rises to at least 38,307 after 146 more fatalities recorded in England in 24 hours – The Sun
Popular News
TOWIE babe Sam Faiers flaunts smoking-hot figure in sexy black bikini
12/08/2020
Man Utd wonderkid Ramon Calliste, called ‘the next Giggs’, now owns luxury watch business and makes £5m a year – The Sun
26/03/2020
Megan Thee Stallion Addresses Criticism Over Twerking: ‘I Love to Shake My A**’
26/03/2020
Police guard shops to stop coronavirus panic-buyers and enforce social distancing – The Sun
26/03/2020
Coronavirus: Good Morning Britain’s Dr Hilary reveals ‘game-changing’ self-testing kit
26/03/2020
Recent Posts
This website uses cookies to improve your user experience and to provide you with advertisements that are relevant to your interests. By continuing to browse the site you are agreeing to our use of cookies.Ok