BOSSES will be able to offer free rapid Covid tests to staff to take at home as the government extends its workplace testing programme.

Home test kits will be provided to firms with more than 10 employees where it is not possible to set up on-site testing, the Department of Health and Social Care (DHSC) said today. 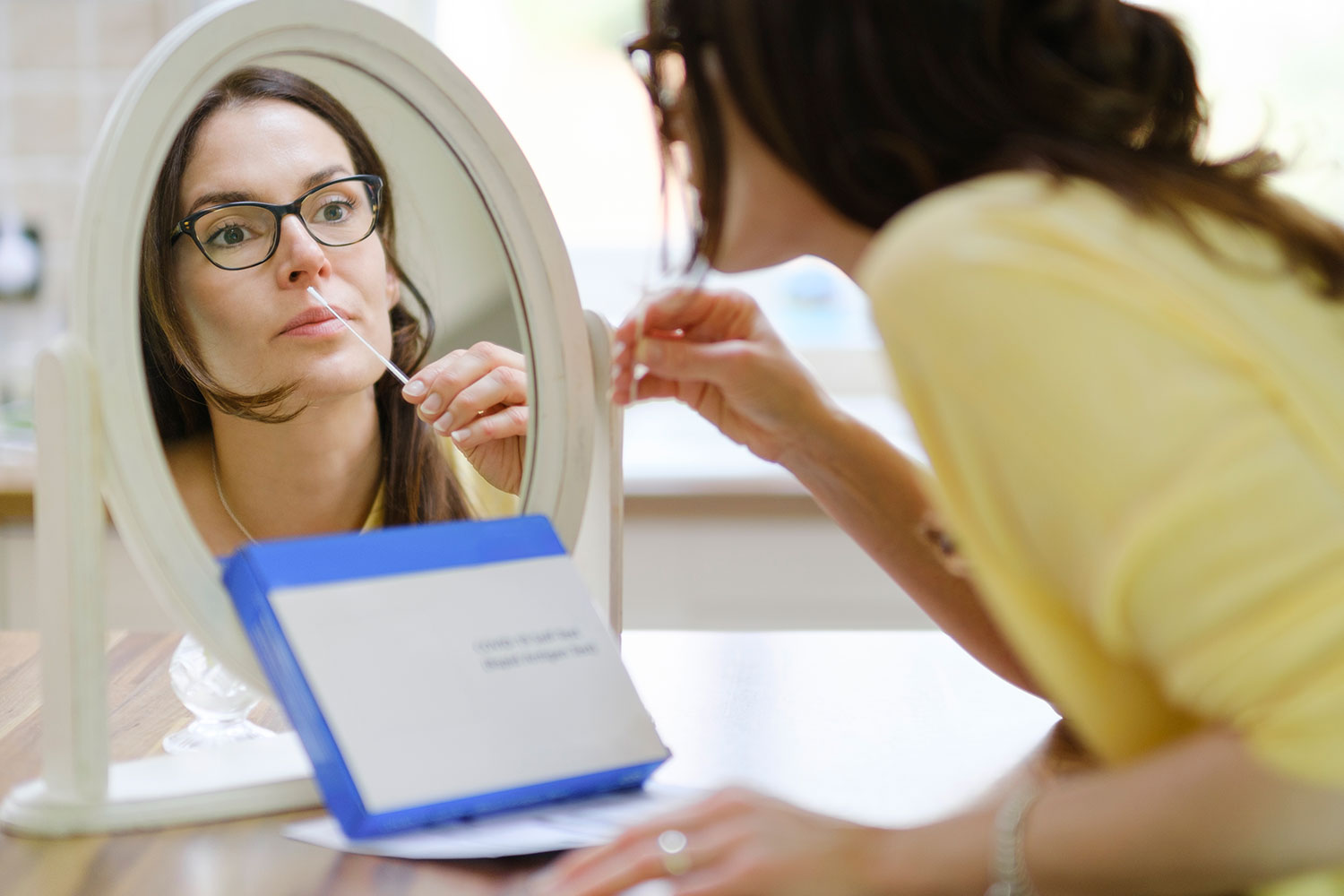 Some 60,000 businesses were said to have already registered for regular tests for key workers, but the scheme will be extended to home testing from April 6.

Widespread testing is seen as a key measure to keep Covid-19 under control as the lockdown is eased in England, with the "stay home" order ending on Monday.

Health Secretary Matt Hancock said: "Rapid testing is a vital part of our road map, helping us to cautiously lift restrictions on our economy and society.

"Around one in three people with coronavirus do not have any symptoms, so extending employee testing from the workplace to the home will help us identify more cases we otherwise wouldn't find, prevent further transmission and save lives."

The DHSC urged firms to register by April 12 to access free lateral flow tests until the end of June. It was not clear whether the tests will be paid for after that point.

The home tests are being targeted at companies unable to set up testing in the workplace, either because there is insufficient space or because they operate over multiple sites.

Employees will be told to inform their bosses of a positive test result, as well as the NHS, which will offer them a confirmatory PCR test.

"This is something we have called for as the next step for smaller businesses and stores where the space for testing at work is limited. It is also supported by employees as a practical approach," she said.

Meanwhile, the stay at home message will be ditched in England from Monday – but you still face a fine if you try to leave the country.

Millions of Brits were ordered to stay at home under the third national lockdown, working from house and unable to meet up with friends in an attempt to stop the spread of the coronavirus.

But Boris Johnson's roadmap out of lockdown has now started to unfold, with the next phase to take place from March 29.

The Rule of Six will return to let Brits meet up with six mates outside while outdoor sports will be back on.

And the next phase also means the "Stay Home" slogan will be axed in England.

Under the current rules, many Brits had been fined for not having a reasonable excuse for heading outside.

Scotland, Wales and Northern Ireland's lockdown rules differ due to their devolved governments, but they are also lifting lockdown restrictions.

Nicola Sturgeon already allowed groups of four from two households to meet outdoors earlier this month, and will ditch the "Stay Home" message for Scots from April 2.

Northern Ireland is set to reintroduce the Rule of Six outdoors from April 1, with the "Stay Home" order lifted on April 12.

Can I have a garden party or BBQ for Easter?

Yes! You are allowed to meet up outside with five other people or one other household, from March 29.

My household has five family members and wants to meet up with six relatives who all live together – will we be able to see each other?

This new restriction was introduced – telling Brits that it is OK for two households to meet up outside from March 29.

The roadmap states: "Applying either limit provides greater flexibility, recognising the different situations faced by families and individuals; two households will be more helpful for families, while the Rule of 6 is likely to help people in different households to reunite outdoors, including those living alone or in shared accommodation."

However, you should still follow the social distancing guidelines, with hugs not expected to be allowed until May.

I live alone and want to meet up with five other friends in the park – is this allowed?

Yes! Under the roadmap, the Rule of Six has been re-introduced. This means that a group of six or less are allowed to see each other from March 29.

Can I have a birthday party indoors with the windows open?

No, not yet. May 17 will mark the lifting of the many indoor restrictions that are currently in place.

That date will mark a change in rules with indoor mixing in people's homes, including overnight stays, to be allowed once again with Rule of Six and a limit of two households.

We are a family of four and want to meet both sets of grandparents outside at the same time – is this OK?

No. The rules state that only two households should mix outside.

Can I drive 50 miles to meet my sister for a coffee outside?

Yes, but be cautious. It will not be illegal to travel outside your local area from March 29 – meaning you won't be fined.

However, you should still socially distance and limit other contact where possible.

Can I travel to Australia to see my family?

No. The ban on non-essential travel will remain in place until at least May 17.

However, a review into how to restart travel safely will be released on April 12.

Do I need to wear masks and stick to social distancing when I have a picnic with friends?

You should try to socially distance as much as possible even as the restrictions are lifted from March 29.

The roadmap states: "Guidance will set out how people can see others safely: the evidence is clear that this is safest to do in the open air, at a safe distance, while minimising the frequency of social gatherings and the numbers present wherever possible."