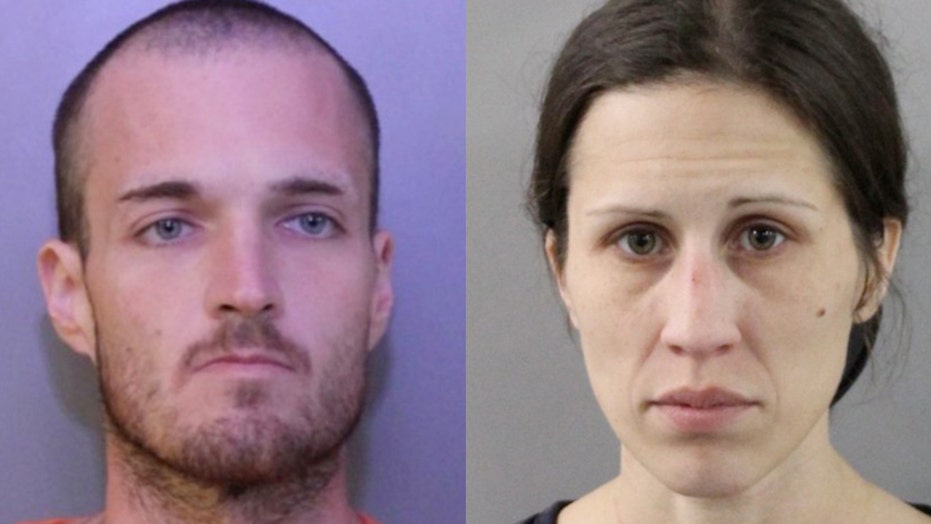 A Florida couple has been arrested after nearly running over a police officer and his K-9 partner, and then breaking into a local mayor’s home, authorities said.

A suspect, identified as 31-year-old Matthew Swett, was alerted to the officer’s presence and jumped into the car. Police said he intentionally drove at and struck the patrol car before speeding away. A passenger, 32-year-old Kaila Ellig, was also in the suspect vehicle.

Police said K-9 Officer Joseph Elam and his partner Cash tracked down the vehicle and after a short car chase, the suspect vehicle drove into a ditch. Elam heard the doors open and deployed Cash, who was on a leash, but Swett drove the vehicle in reverse and intentionally struck the K-9 and tried to hit his handler. 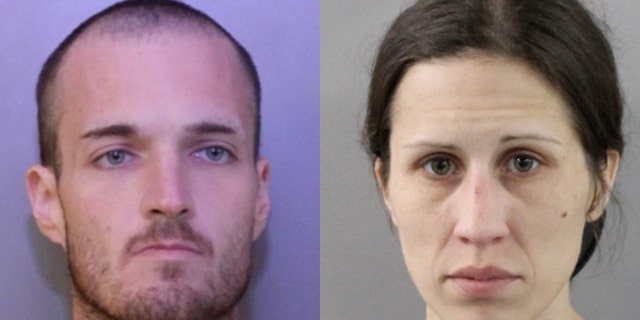 Cash was not injured and Elam managed to grab his partner and jump out of the vehicle’s path, the report said. However, Swett continued driving, striking the officer’s patrol vehicle before fleeing.

The vehicle eventually crashed, and Swett and Ellig ran into a wooded area, police said. With officers closing in, the couple climbed over a fence in the Randa Ridge subdivision and approached a home, cutting a hole in its screen-in porch.

The home belonged to Haines City Mayor Morris West, who said he saw a group of officers running into his backyard and heard a commotion.

“I’m glad they were able to apprehend them before I was able to because I’m a licensed concealed weapon carrier and if one of them moved inside of my residence I probably would have taken more action,” West told the station.

As officers approached Swett, they noticed he was concealing an object in the front of his pants. Elam and Cash were among the first to respond to the scene and ordered Swett to surrender.

Police said Swett ignored commands to surrender and continued reaching into his waistband. Elam then deployed Cash to apprehend Swett, biting him on the leg and allowing officers to apprehend him. Ellig cooperated and was arrested without further incident.

Officers found a knife blade in Swett’s waistband and prescription drugs in his possession, police said.

Swett, who was treated at a hospital for the dog bite, was facing a slew of charges, including armed burglary, two counts of battery on a law enforcement officer, use of a deadly weapon on a police K-9, resisting arrest without violence, and possession of Buprenorphine.

Ellig was charged with burglary of an occupied structure and resisting arrest without violence.