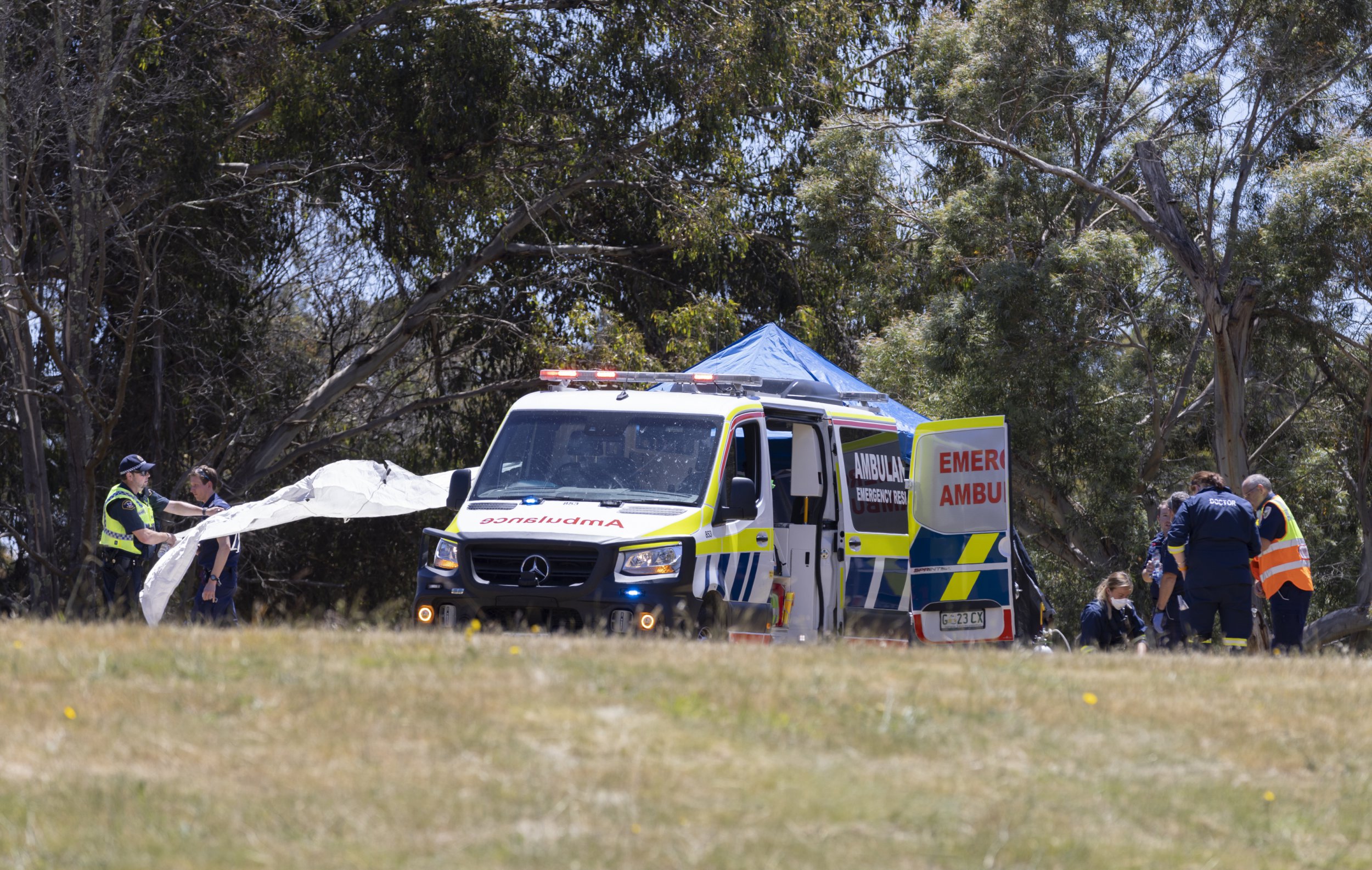 Five children have died and four others are in critical condition after a bouncy castle was blown 10 metres into the air by a gust of wind.

The school on the Australian island of Tasmania was holding an end-of-year celebration when the tragedy unfolded.

The victims were two boys and two girls in year 6, which would make them 10 or 11-years-old, police commissioner Darren Hine said. Police later confirmed a fifth child had died in hospital.

Five children are in hospital, including the four in critical condition. Mr Hine said an investigation into the accident has been launched.

Heartbreaking pictures showed officers consoling each other as paramedics provided first aid to the pupils.

Parents arrived at the school gate to collect their children as helicopters took the injured to hospitals.

He added: ‘I know this is a strong and caring community that will stand together and support one another.’

State police commander Debbie Williams told reporters: ‘Several children fell from the jumping castle. It appears they may have fallen from a height of approximately 10 metres.’

She added: ‘This is a very tragic event and our thoughts are with the families and the wider school community and also our first responders.’