This is the terrifying moment a firework was shot into the crowd at a Guy Fawkes night display, which one witness described as being ‘like a terror attack’.

In the footage, a firework can be seen shooting towards the crowd at an event at Poacher’s Pocket in Whickham, Gateshead, on Thursday night.

Eyewitnesses said children were left in tears and ‘everybody was running and screaming’ after the incident.

Staff at the pub apologised for what happened and closed the venue ‘until further notice’ while they spoke to the organisers of the event.

A Tyne and Wear Fire and Rescue Service spokesperson confirmed nobody was injured at the display. 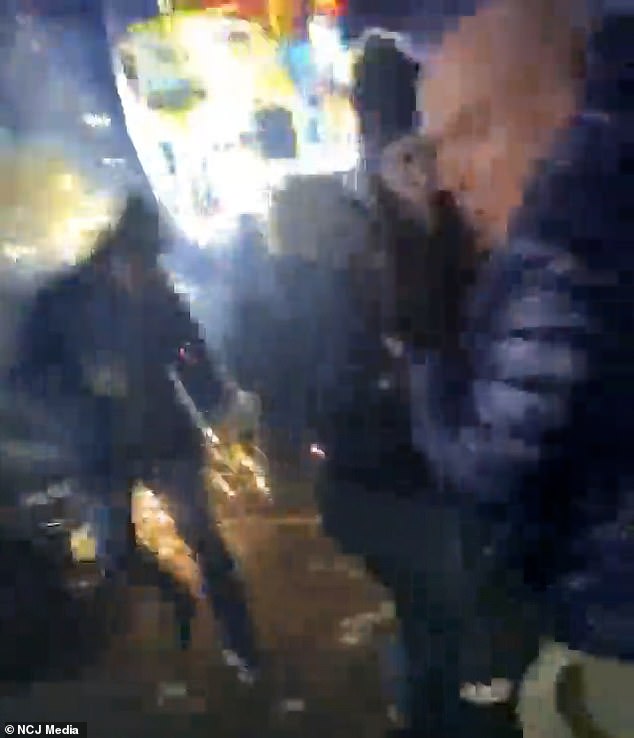 Video filmed on Thursday night shows families enjoying the fireworks, with children sitting on their parents’ shoulders to get a better view of the rockets firing up into the night sky.

All of a sudden, one of the fireworks fires towards the crowd and people begin screaming and running away.

As the camera pans to the ground, a firework can be seen scattering on the road as people attempt to run away. 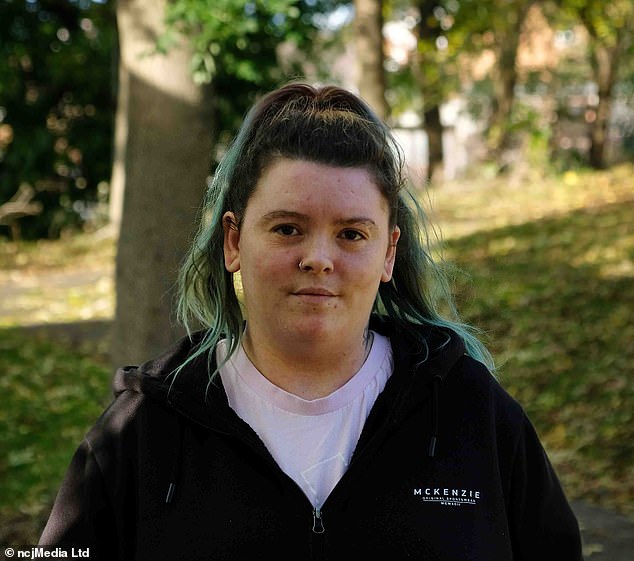 Shireen Graham, 28, who attended the display on Thursday night said the fireworks firing into the crowd was ‘like a terror attack’

A pregnant woman who was attending the display told ChronicleLive the scene was ‘like a terror attack’.

Shireen Graham, 28, from Chester-le-Street, was there alongside her partner and friends.

‘It’s been traumatising,’ she said. ‘It took me hours to try and settle down.

‘I was just constantly shaking and my partner kept asking if I wanted to go to the hospital.

‘I will never go to another firework display again.

‘It was an awful night.’

Poacher’s Pocket says the pub has been closed ‘until further notice’ following the incident and a full investigation is underway with the event organiser.

In a statement, the pub added: ‘We are both extremely sorry for what has happened and send our best wishes to the entire community.’

Earlier this morning, the pub said: ‘We would like to give a huge apology for the events that happened last night at the fireworks display.

‘This matter is now under full investigation with the actual event organiser.’

Ruth Chandra North was at the display and was close to where the firework shot into the crowd.

She filmed the shocking moment and later told ChronicleLive: ‘It has shaken everybody there up.

‘The fear we all felt when the fireworks came towards us was horrific.

‘Everybody was running and screaming.

‘I was never a fan of fireworks and always being told my fear was irrational but tonight has made me more aware of how dangerous and scary these things can be.

‘I am still shaken up – and even more terrified of fireworks now.’ 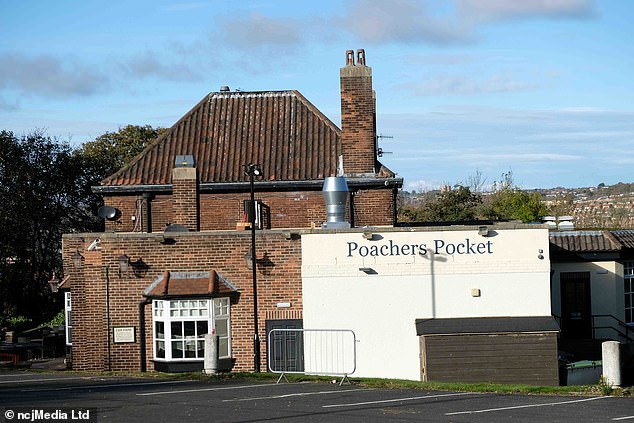 Poacher’s Pocket said: ‘We would like to give a huge apology for the events that happened last night at the fireworks display. ‘This matter is now under full investigation with the actual event organiser’