Filmmaker Derek Jarman's blue shed is saved for the nation

A remote fisherman’s cottage made famous by the artist and filmmaker Derek Jarman has been saved for the nation following a £3.5million fundraising drive.

This included the sale for £16,000 of a suit designed by costume designer and triple Oscar-winner Sandy Powell signed by A-listers including Al Pacino, Leonardo DiCaprio, Brad Pitt and Scarlett Johansson.

An Art Fund grant of £500,000 and a donation of £750,000 from the National Heritage Memorial Fund also helped secure the future of the blue shack, near the Dungeness Nuclear Power Station in Kent, as reported by The Times. 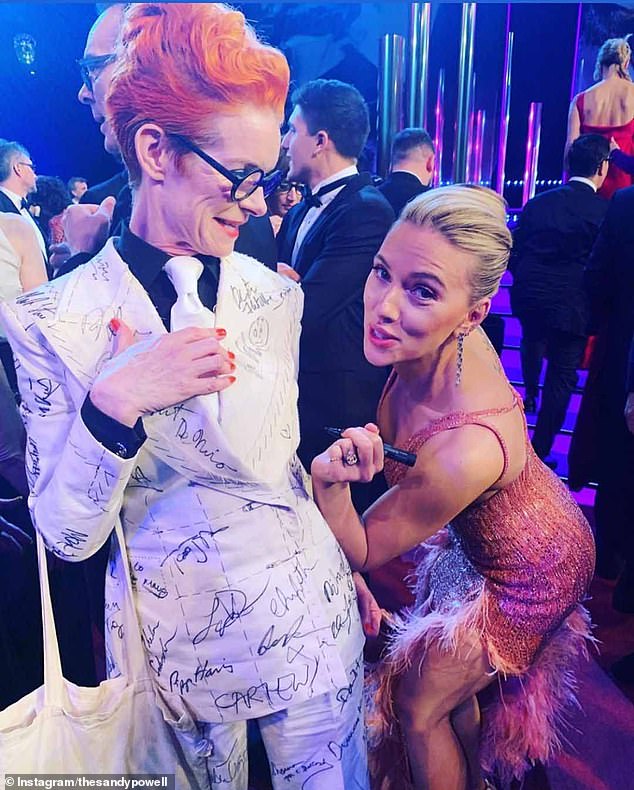 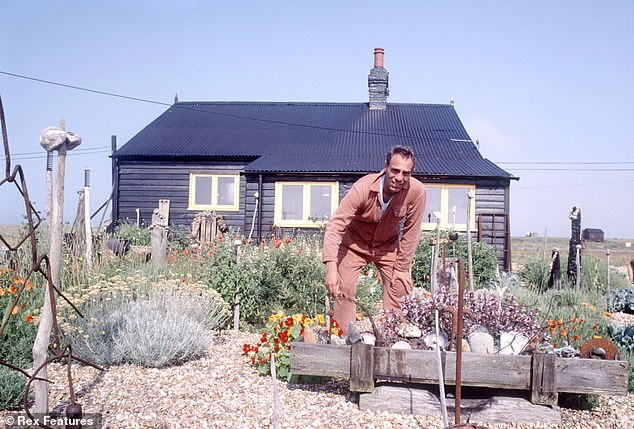 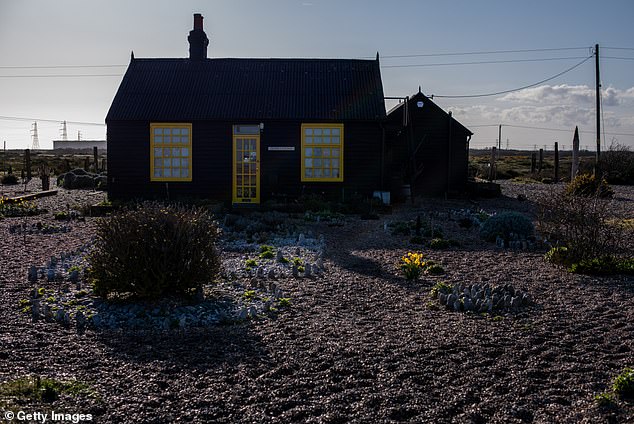 Prospect Cottage in Dungeness, Kent, owned by the late filmmaker and artist Derek Jarman has been saved for the nation by a £3.5million fundraising drive 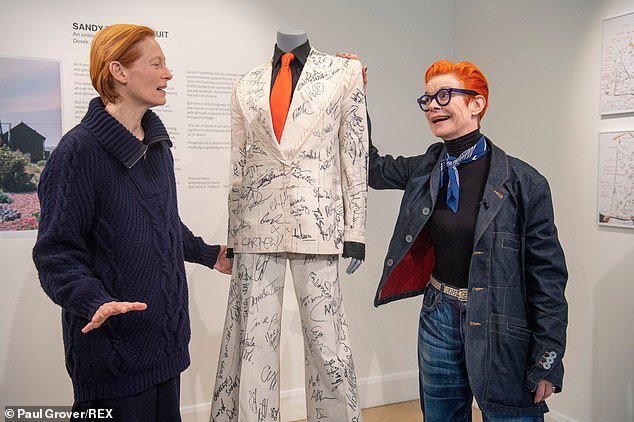 Sandy Powell and Tilda Swinton with the outfit autographed by dozens of A-list stars, which was sold to raise funds to keep Jarman’s fisherman’s cottage in public hands 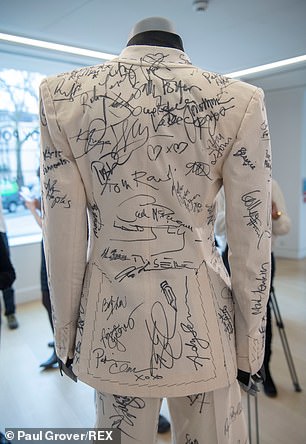 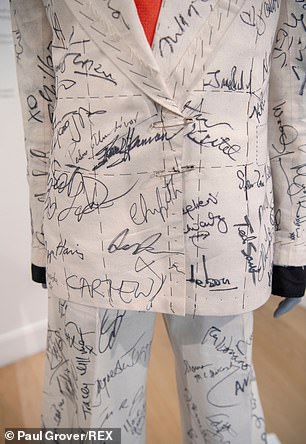 The suit was signed by over 200 film stars including Al Pacino, Brad Pitt, Scarlett Johansson and Leonardo Di Caprio before being auctioned off to raise funds

Artists including David Hockney, Peter Doig and Tacita Dean, and the actress Tilda Swinton, were among 7,300 people who helped raise funds to keep the cottage from being sold to a private buyer.

It will now be bought by the Art Fund charity, who will preserve the building, its interiors and the garden.

Jarman, famous for films such as Jubilee, Caravaggio and Sebastiane, bought Prospect Cottage in 1986 and turned it into a creative hub for artists, living there until his death from an Aids-related illness in 1994, aged 52.

Swinton said: ‘When Derek initiated the project of making this little house on the shingle the unique and magically empowering space it has come to be, not only for him, but for so many of us, it was at a time of intense uncertainty and fragility in his own life. 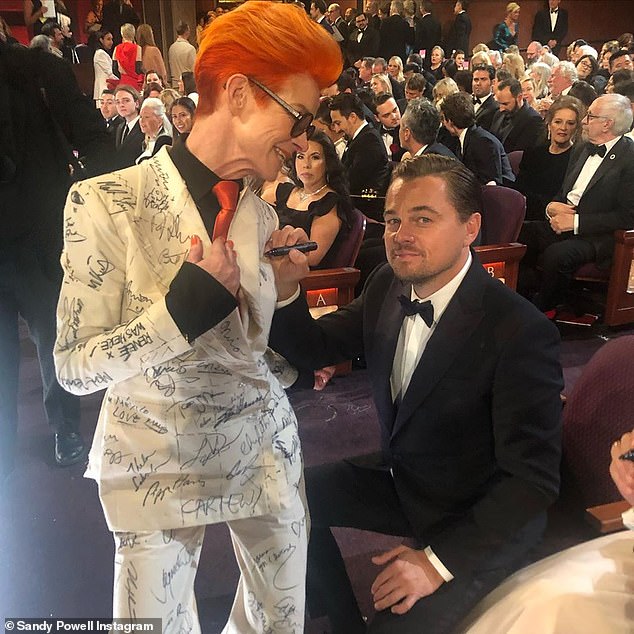 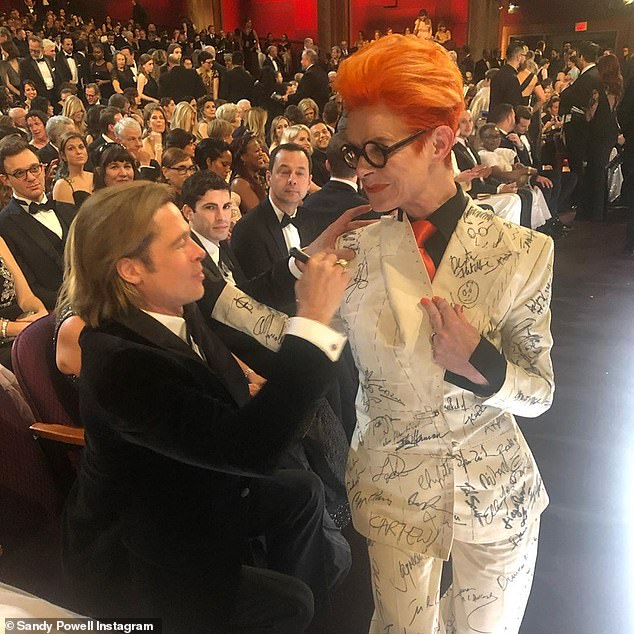 Brad Pitt adds his name to Powell’s suit, which was then auctioned off to raise funds 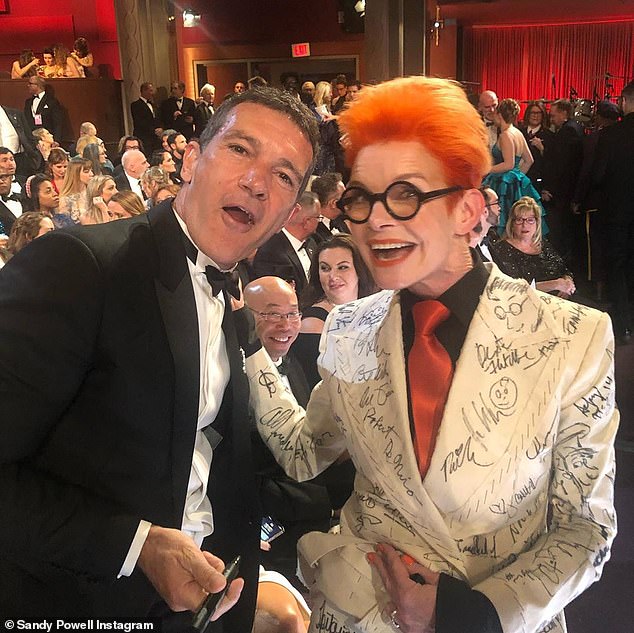 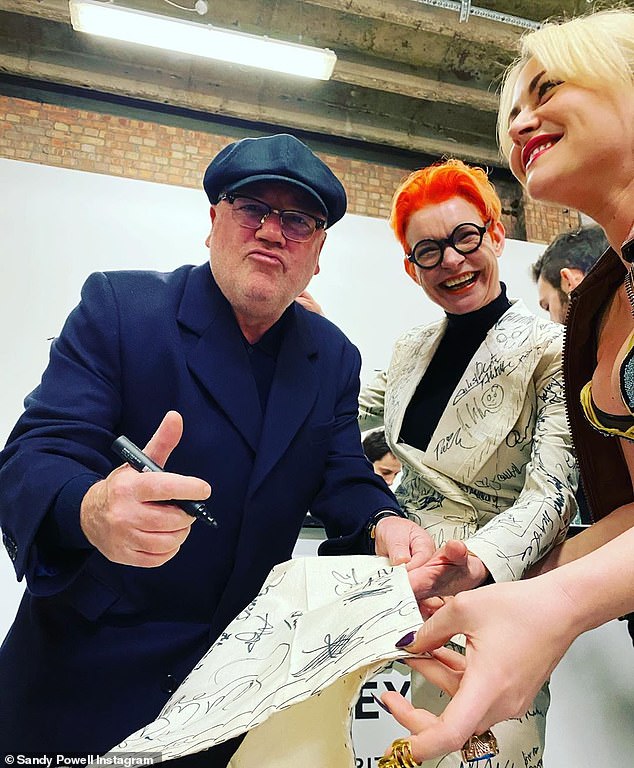 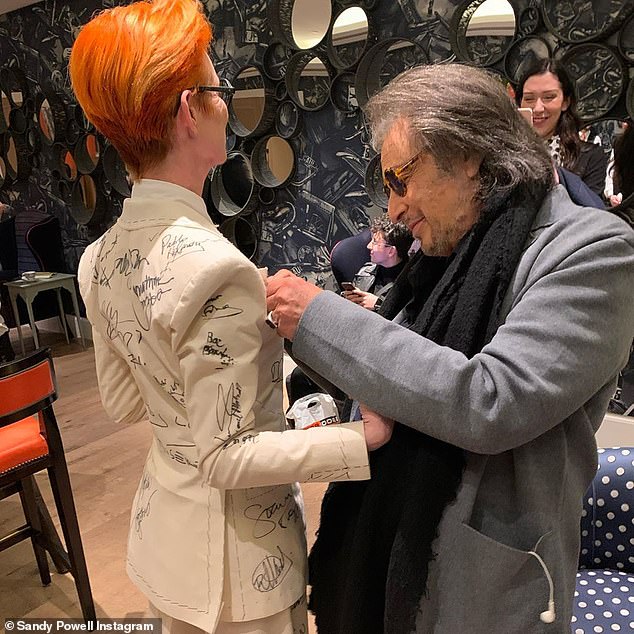 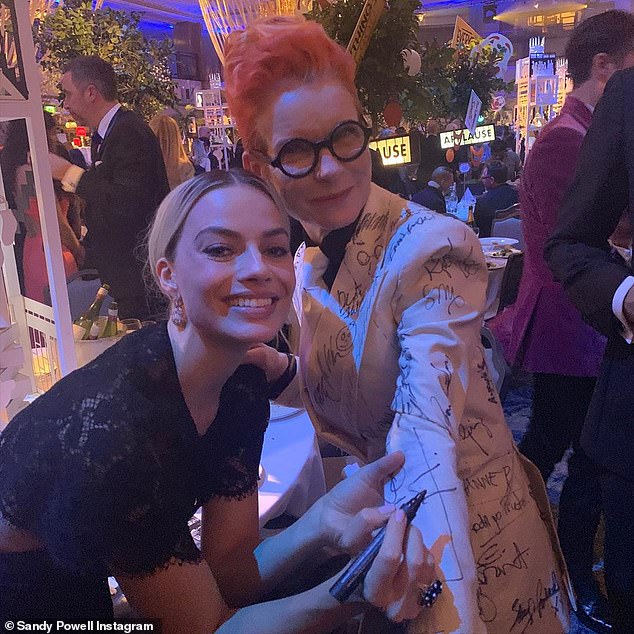 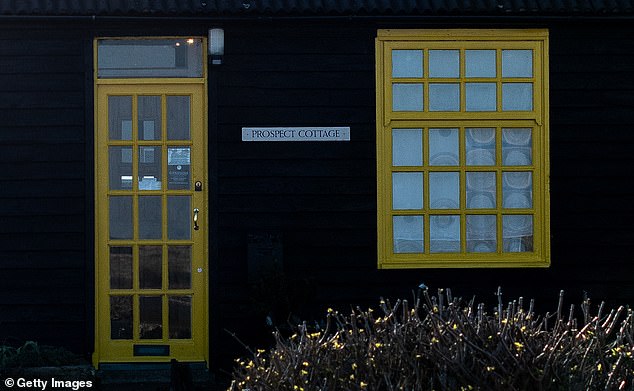 The yellow framed front door to Jarman’s Prospect Cottage, which he bought in 1986 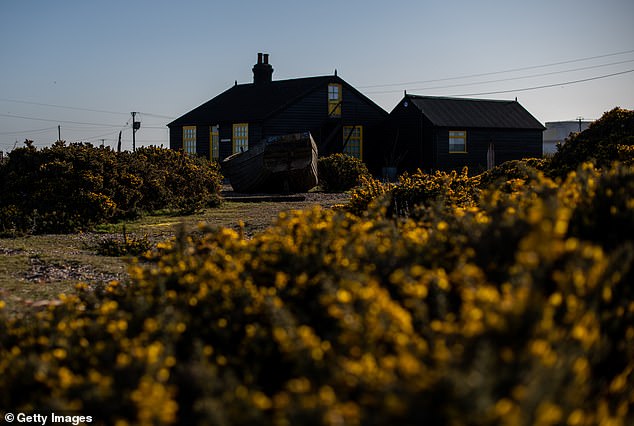 A crowdfunding campaign attracted donations from 7,300 people to raise £3.5million

‘That our casting of the net of our appeal to keep this project alive has coincided with the phenomenal global challenge to community with which we are currently faced – and that that net has still come in so full of bounty – has only served to prove how invaluable this vision of future is to us all.’

Stephen Deuchar, director of Art Fund, said that securing the future of the cottage ‘may seem a minor thing by comparison with the global epidemic crisis which has recently enveloped all our lives’.

He added: ‘But Derek Jarman’s final years at the cottage were an inspiring example of human optimism, creativity and fortitude battling against the ravages of illness, and in that context the success of this campaign seems all the more apposite and right for its time.’