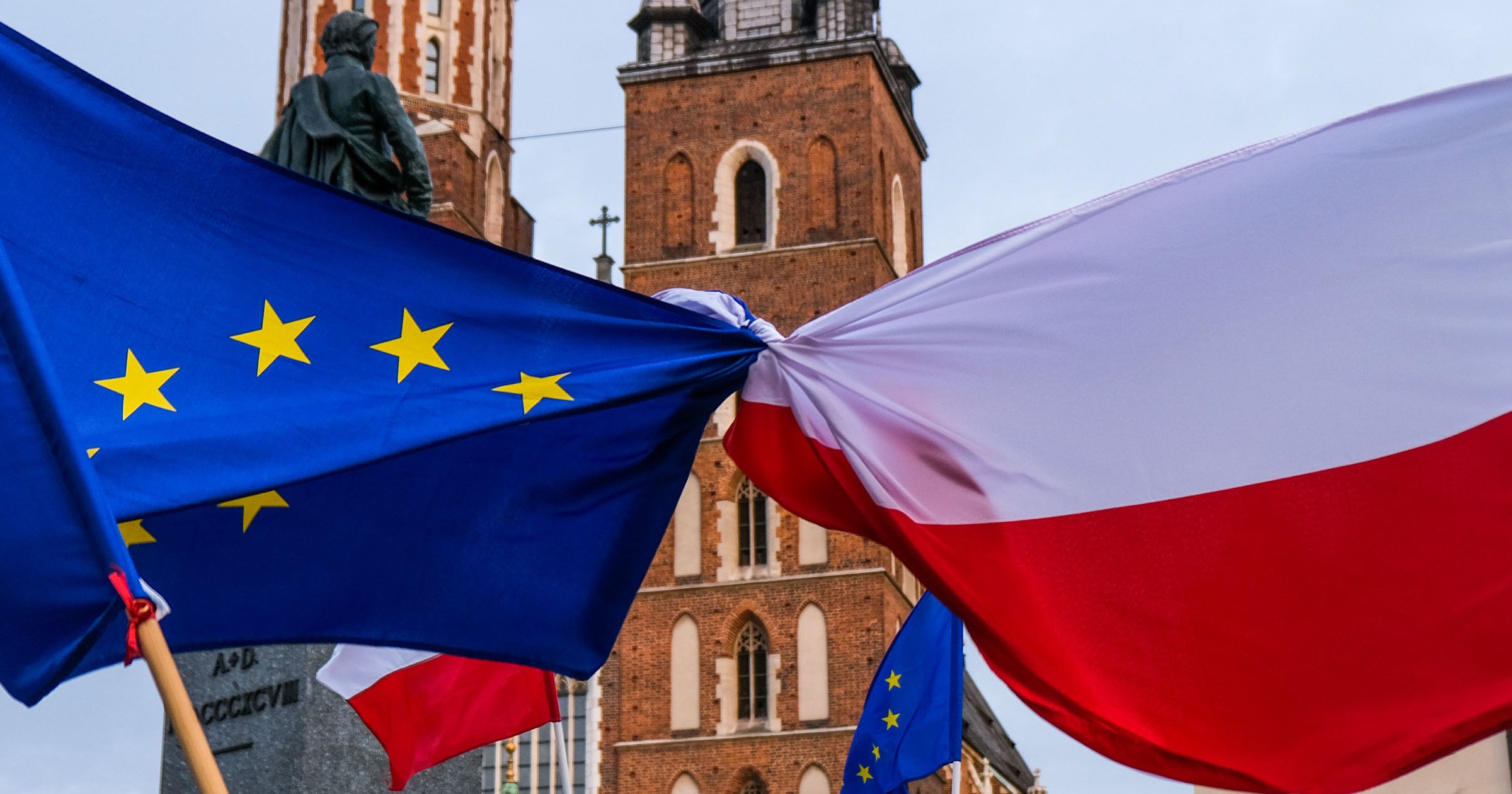 Poland’s top court has challenged the supremacy of European Union law, ruling it is in conflict with the nation’s constitution.

The unprecedented challenge, made by Polish prime minister Mateusz Morawiecki, has only increased fears that the country might be heading towards a ‘Polexit’.

Morawiecki brought the case to the country’s Constitutional Tribunal in March amid an ongoing dispute with the EU over ongoing issues like LGBT+ rights and judicial independence.

He argued that some provisions of EU treaties clashed with Poland’s highest law.

Politicians across Europe have now raised an alarm that the country, which joined the EU in 2004, could be heading out the door.

The German and French foreign ministers issued a joint statement late last night, saying Poland has both a moral and legal obligation to respect the common rules of the union.

Heiko Maas of Germany and Jean-Yves Le Drian of France said: ‘Membership of the EU goes with full and unrestricted allegiance to common values and rules.

‘Respect for and compliance with these must be fulfilled by every member state.

‘Of course, that also goes for Poland, which has a very central place within the EU. This does not just mean a moral obligation. It also means a legal obligation.’

The European Commission has also warned it will use all its powers against Poland, which could mean financial sanctions.

The union has already threatened to withhold funding to numerous ‘LGBT-free’ zones across the country.

Welcoming the court ruling, Mr Morawiecki said each member state must be treated with respect and the EU should not be only ‘a grouping of those who are equal and more equal’.

Poland’s Constitutional Tribunal is now dominated by judges that are sympathetic to the governing Law and Justice party (PiS), some of whom are former party members.