A father from Illinois has recorded the reactions of three of his sons as they tried their very first rollercoasters.

The videos were all taken in different years but each hilariously capture the boys’ reactions as they try out the 50mph ride. 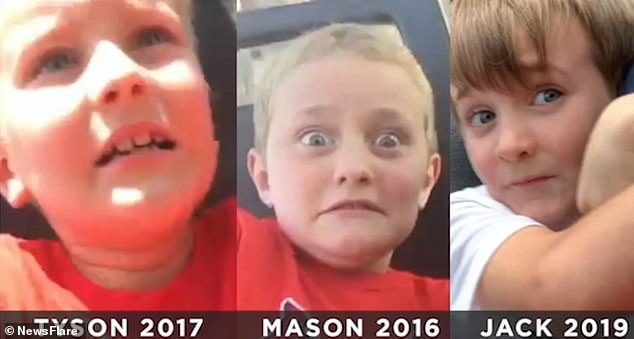 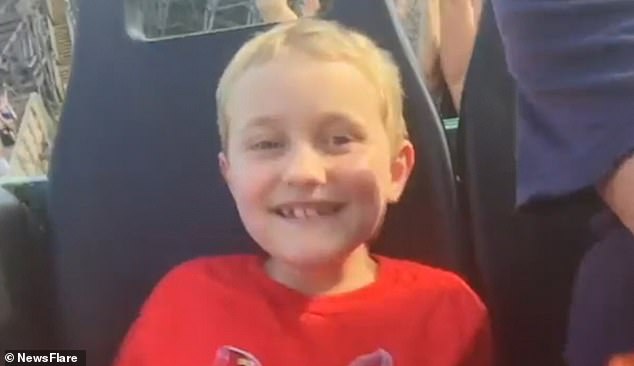 All three of the boys’ reactions are played simultaneously to compare how they enjoyed the ride.

Mason seems to handle the ride the best out of the boys as he is seen smiling and looking around throughout the ride, even saying at the end: ‘I found the best way to do it. Do it like this, hold on!’

Tyson starts his clip by making faces at the camera while the rollercoaster begins its climb, but once the ride speeds up he begins switching between screaming and clenching his teeth in terror.

Jack, who was the youngest when he tried the Viper, clings onto father Brian’s arm as the ride goes round. 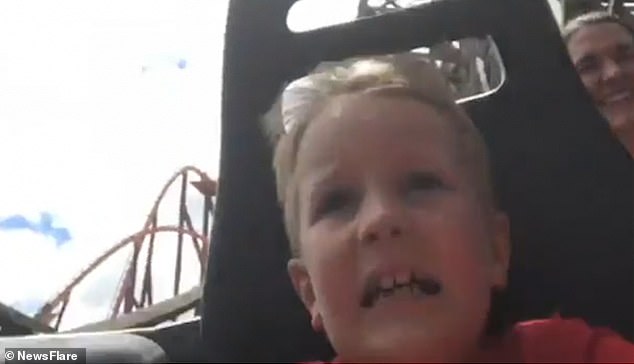 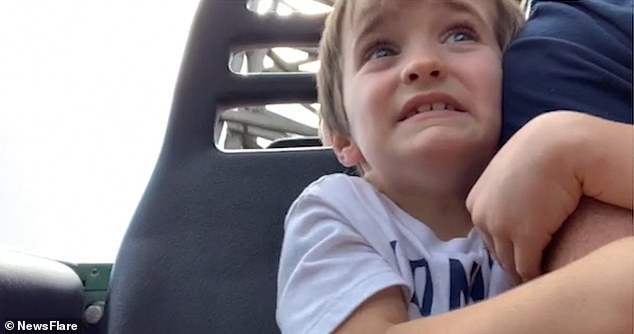 Youngest boy Jack (pictured) wrapped himself tightly around his father’s arm as the ride went round and when asked if he wanted another go, replied firmly: ‘No’

When asked at the end of the ride if he wanted to go on again, Jack replies confidently: ‘No.’

Speaking about the videos, Brian said: ‘All of these are the same ride, different years on The Viper at six flags in Chicago.

‘They have been on rides since, even Tyson likes rollercoasters and has even been on this one again since.

‘Unfortunately, it was closed this summer so Jack hasn’t had a chance to redeem himself yet.

‘We also have two other boys, the oldest son who I wish I had a video of his first ride and a 5-year-old who I will hopefully add to this video in a couple of years.’

Related posts:
Peter Weber & Kelley Flanagan Are Reportedly Moving In Together
Captain Lee From 'Below Deck' Teases Why He Booted the Season 8 Charter Guest
Popular News
Faith column: ‘Let It Be’ a mantra for the ages
24/10/2020
Man Utd wonderkid Ramon Calliste, called ‘the next Giggs’, now owns luxury watch business and makes £5m a year – The Sun
26/03/2020
Megan Thee Stallion Addresses Criticism Over Twerking: ‘I Love to Shake My A**’
26/03/2020
Police guard shops to stop coronavirus panic-buyers and enforce social distancing – The Sun
26/03/2020
Coronavirus: Good Morning Britain’s Dr Hilary reveals ‘game-changing’ self-testing kit
26/03/2020
Recent Posts
This website uses cookies to improve your user experience and to provide you with advertisements that are relevant to your interests. By continuing to browse the site you are agreeing to our use of cookies.Ok