Driver is sent a £50MILLION car insurance bill for his £17,000 Ford Kuga K after ‘mistake’ by insurers

A father of three was left in a state of shock when he received a car insurance bill for nearly £50million.

Mohammad Irfan, from Ilford, London, was told the insurance payments on his Ford Kuga were £4.2million per month.

The letter from One Call Insurance, said they had been unable to take £50,469,211 from his account due to insufficient funds. 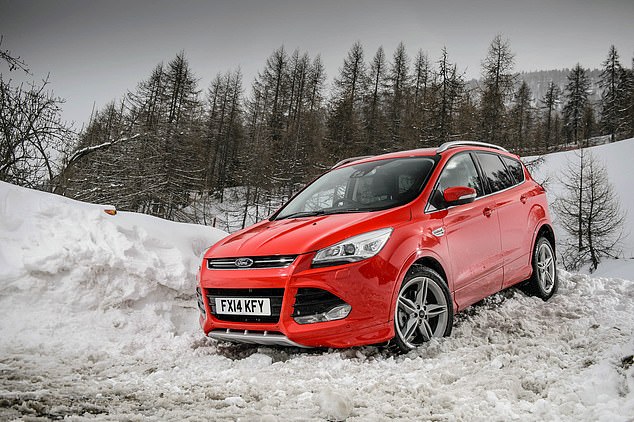 Mohammad Irfan, 38, from Ilford, London, was told the insurance payments on his three year old £17,000 Ford Kuga were £4.2million per month. File photo

Mr Irfan’s wife, Nazia Akhtar, 33, was the first to see the letter.

She said: ‘The figure was so long I nearly had a heart attack. Even car insurance for a Ferrari or a Lamborghini isn’t that much.

‘I tried to go online to talk to the company but I was number 41 in line.’

Mr Irfan was expecting a bill for a small amount and the letter was nasty surprise as he already has some other debt.

After an investigation was carried out, One Call admitted the letter was due to ‘an error made by an agent’ and offered the couple £50 compensation and an apology.

Related posts:
Slides are the only sandal you need this summer
Hollywood best friends Ben Affleck and Matt Damon take kids to Breonna Taylor memorial in rare photo
Popular News
Hunter and Aurora top list of baby names parents regret calling their kids – despite making most popular list
13/07/2020
Man Utd wonderkid Ramon Calliste, called ‘the next Giggs’, now owns luxury watch business and makes £5m a year – The Sun
26/03/2020
Megan Thee Stallion Addresses Criticism Over Twerking: ‘I Love to Shake My A**’
26/03/2020
Police guard shops to stop coronavirus panic-buyers and enforce social distancing – The Sun
26/03/2020
Coronavirus: Good Morning Britain’s Dr Hilary reveals ‘game-changing’ self-testing kit
26/03/2020
Recent Posts
This website uses cookies to improve your user experience and to provide you with advertisements that are relevant to your interests. By continuing to browse the site you are agreeing to our use of cookies.Ok