A DRUNKEN British thug who headbutted an Italian air steward after he was asked to wear a face mask on board a plane was jailed today.

Daniel Hendry, 25, from East Kilbride, Scotland, mocked Samuel Proietti's nationality, called him a "fascist" and raised his arm in a Mussolini-style salute as he defied requests to wear the face-covering. 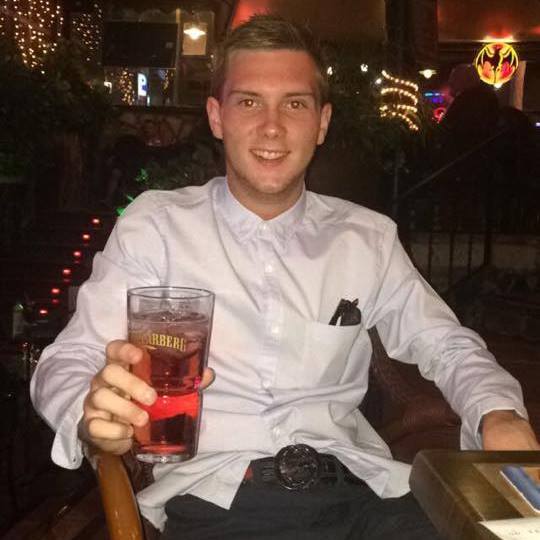 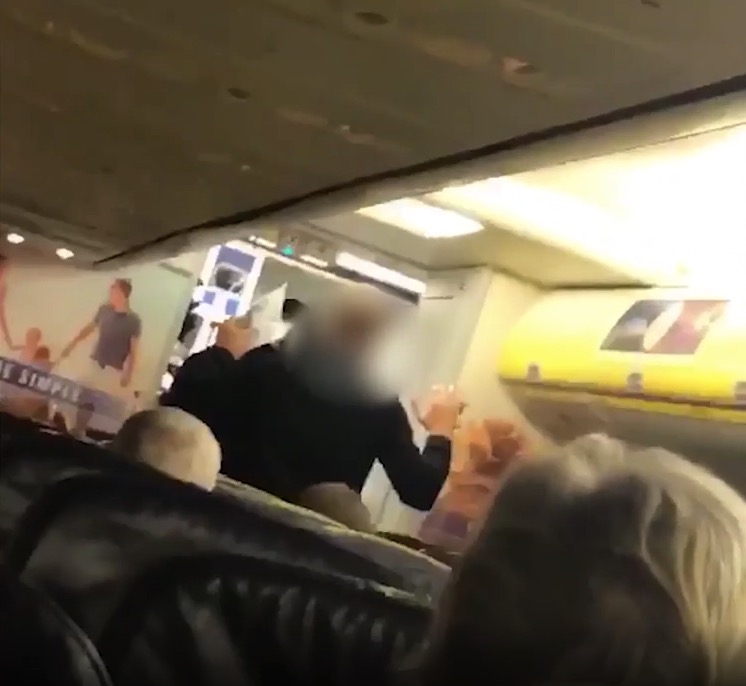 The unruly passenger had knocked back three quarters of a litre of duty-free vodka during the Ryanair flight from Tenerife to Manchester in January, a court heard.

Hendry assaulted Mr Prioietti and also told a female cabin crew member: “F*** off I am going to punch you, I am going to smash your head in” while clenching his fist.

He also stroked another female employee on the arm before trying to hug her, the court heard.

Hendry's behaviour on flight FR4331 caused so much distress to the crew and fellow passengers, the plane's captain deliberately accelerated towards Manchester meaning the jet landed 25 minutes early.

He had earlier tried to divert the flight, but was unable to do so because airports had been closed due to the coronavirus pandemic.

Video footage filmed by another flier showed passengers cheering as police boarded the plane and handcuffed Hendry before taking him away.

The court heard how the Brit continued to be aggressive after his detainment and banged his head on the floor before being placed in the back of a police van where he spat on the vehicle.

At Minshull Street Crown Court, Manchester, he admitted being drunk on an aircraft, assault and criminal damage and was locked up for 14 months.

The incident occurred on January 29 after Hendry, who lived in Tenerife, flew to the UK to see his girlfriend in Liverpool. 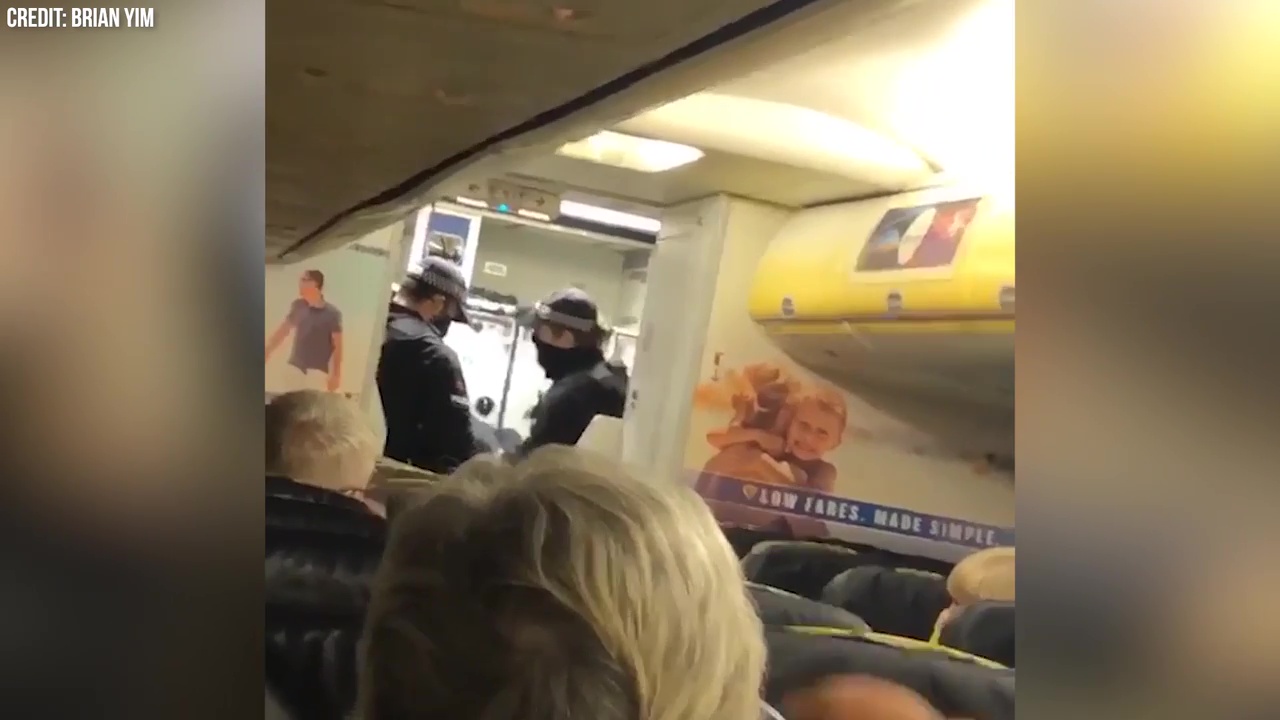 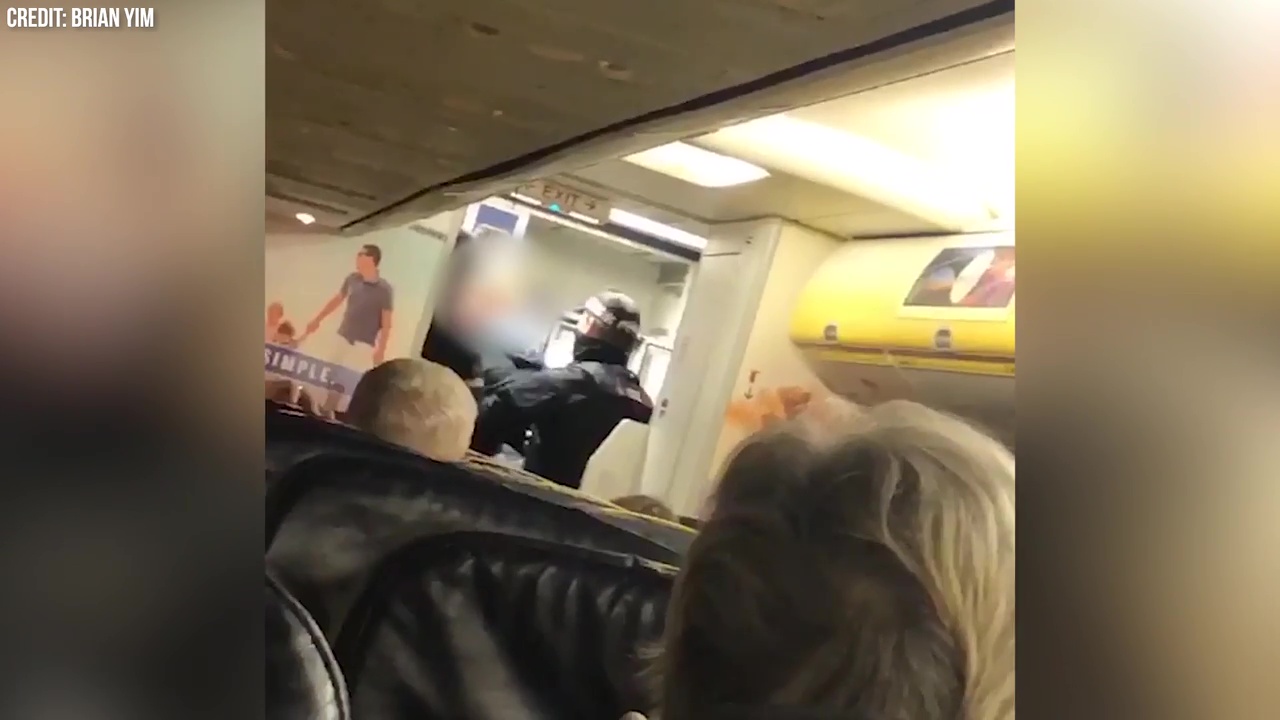 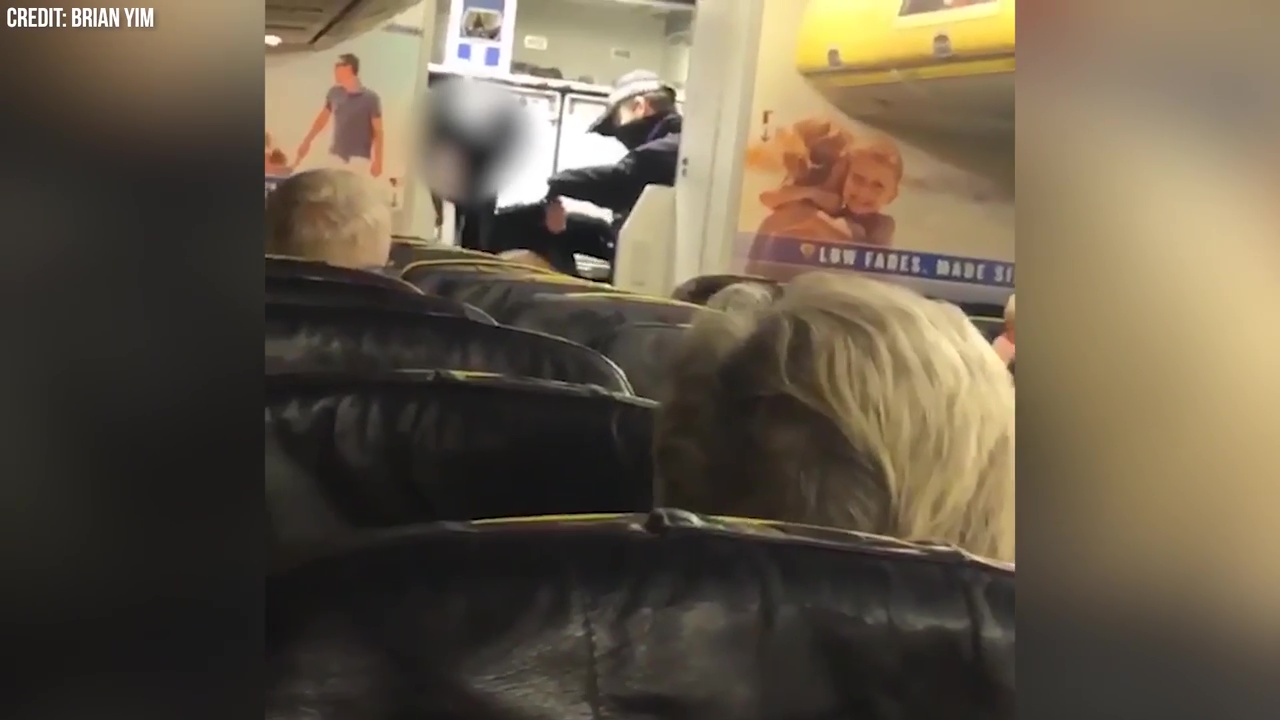 Prosecutor Neil Ronan said: “An hour into the flight he became disruptive. He was drinking and had his own alcohol when he started to bother other passengers.

“He was not wearing a face mask and at no point did he put one on until the flight landed, and despite repeated requests for him to do so cabin crew were unable to really address the matter.

“The defendant was drunk and a one litre bottle of Smirnoff was found in an open bag next to him, which was three quarters empty.”

Describing Hendry's aggressive behaviour, Mr Ronan said: “He moved to the rear of the plane and asked cabin crew why he couldn’t drink his own vodka.

“He then headbutted him and the defendant’s head had contact with the right side of the victim’s face. No visible injury was caused.”

The prosector then detailed Hendry's “appalling” behaviour including giving a fascist salute, grabbing a male's passenger's mask from his face and filming people with his phone camera. 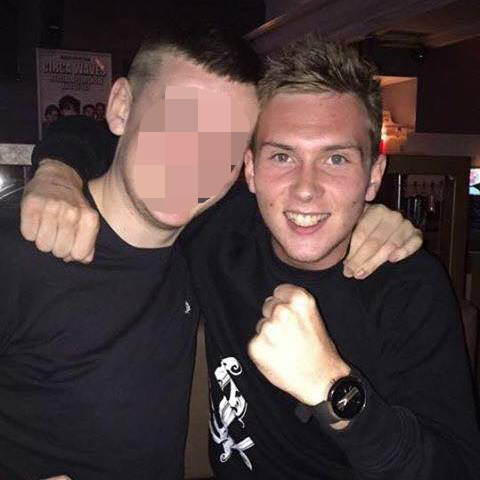 “One crew member told police the flight was the worst they had ever worked on and another was scared as they had never experienced anything like it,” Ronan added.

Hendry had previous convictions in his native Scotland for various public order offences.

Interviewed by a probation officer he claimed Mr Proietti was a ''f***ing clown'' adding: ''He would have been really hurt had I cut him in the face.

"I'm sick of being asked questions about that day. If you believe him you are the problem.''

Defending Hendry, his lawyer Ian Metcalfe said: “He tells me he cannot remember much of his behaviour that day. If that is a result of shame that is entirely understandable.

“The defendant knows his behaviour was wrong and inexcusable, fuelled by the consumption of neat vodka. He appears to have had something of a meltdown which explains his highly aggressive words and conduct.

“This is a young man who has suffered from low mood and depression for a considerable period of time. Only recently has he starred to seek medical help for it.

“His mental health has got worse recently and the pandemic has led to less employment and he decided to board that flight to go back to live with his girlfriend in Liverpool. He is not a persistent or grave offender.”

But sentencing the judge Mr Recorder Ian Harris told Hendry: “You have shown no remorse towards the cabin crew. You were foul-mouthed, aggressive, racist and caused distress to staff and 99 passengers including children and pensioners.

“Why should they have to put up with your abuse? Why should trained and qualified staff have to deal with someone like you taking up valuable time to the detriment of other passengers?

“Why should the captain, responsible for every life on that flight, have to face the extra anxiety caused by your hostile behaviour? Immediate custody is unavoidable in your case.”