Ex-Selfridges worker, 28, who was haunted by abusive ex-boyfriend’s ‘fat and ugly’ taunts died after fatal cocktail of wine and anti-depressants, inquest hears 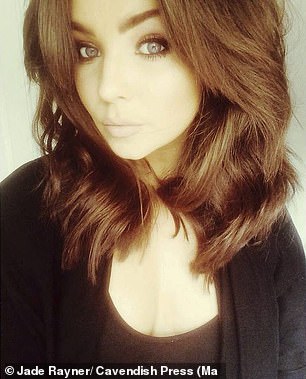 Jade Rayner, 28, developed a severe alcohol problem after being humiliated by the man, who called her ‘fat and ugly’ throughout their four-year relationship

A former Selfridges assistant took a fatal cocktail of white wine and anti-depressants after she was left haunted by an abusive ex-boyfriend, an inquest has heard.

Jade Rayner, 28, developed a severe alcohol problem after being humiliated by the man, who called her ‘fat and ugly’ throughout their four-year relationship.

She was found dead at her flat in Hazel Grove, Stockport, Greater Manchester, in March last year.

She had been getting help for her drinking, had begun dating a new boyfriend and had kept a diary talking about her recovery.

The inquest was told Miss Rayner had started working for the Kooples boutique at the Manchester shop and enrolled on a degree course at university.

But it heard that her problems started when she began dating the man in 2011.

Her mother Gaynor, who works at the North West Ambulance Service, said: ‘When Jade started her job it brought her confidence out and she was liked by the girls who worked there.

‘Then Jade got into a relationship. We didn’t realize it at the time, but that changed Jade over the four years she was with this individual. 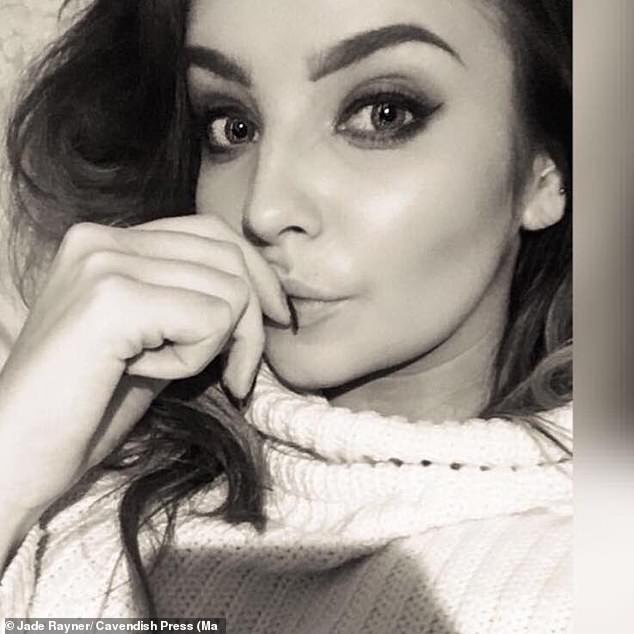 She was found dead at her flat in Hazel Grove, Stockport, Greater Manchester, in March last year

‘It was the little things that we picked up on. She started university in Manchester, but within months, she had left the course.

‘But she had worked hard to get onto it. Me and her dad thought the boyfriend had something to do with it. But she denied it.

‘One night at 3 am, I had a call from Jade. She was very distressed. He had left her in the middle of Manchester with nothing.

‘I was working for North West Ambulance Service and the dispatch allowed me to take the ambulance off the route and have her brought home.’

She continued: ‘Jade ended that relationship. He tried a couple of times to restart it. She said no.

‘He got in her head saying that people didn’t like her. He said she was fat and ugly and she confirmed that he convinced her not to do the university course.

‘He told her she wouldn’t be very good. It was the mental torture that he instilled in her and she carried that with her for the rest of her short life.

‘Jade started to drink to give herself some confidence. The first time we were aware of it was when she would go to the gym and when she came home, she had a bottle of water, and it wasn’t water, it was alcohol.

‘Sometimes I’d find an empty bottle of wine under the bed. Sometimes she would brush it off and she was doing it quite secretly. 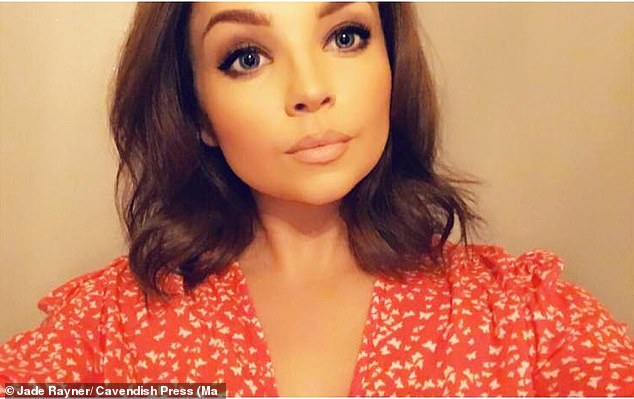 ‘She was working for The Kooples and in her breaks, would go out and have a couple of drinks and that is how she got through the day.

‘Even getting on a bus home, she would take a drink. In university, she was made to do a presentation, and she had a complete break down on that day.

‘She started to use alcohol quite extensively. We sent her to different counsellors, but it did not get down to the depths of it.’

In 2015 Miss Rayner was given a suspended jail term for drink driving after crashing her Ford Ka while five times the alcohol limit as she tried to drive home at rush hour. 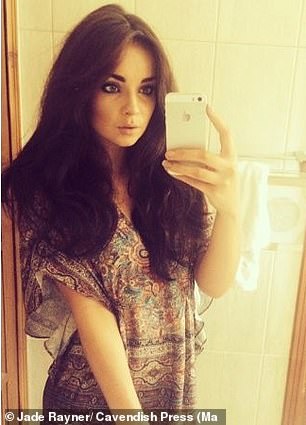 Her mother Gaynor, who works at the North West Ambulance Service, said: ‘When Jade started her job it brought her confidence out and she was liked by the girls who worked there. Pictured: Miss Rayner

At the time she confirmed to the court her ex-boyfriend had isolated her from her friends and stopped her going to college and said he ‘destroyed her confidence.’

She was taking anti depressants for anxiety and depression and said she had since started a graphic design degree at Manchester Metropolitan University.

Her mother told the inquest: ‘We thought going to court might have jostled something in Jade and I was terrified for her.

‘But it just brushed over her and it seemed like it was not Jade it was happening to, it was somebody else.

‘But then, someone at Jade’s university said this was not the right way to deal with it.

‘Then we were advised by the drug and alcohol service to tell Jade that she couldn’t live at home anymore. Then we went back on what we said.

‘Then we were told we shouldn’t do that anymore. We said: ‘If you carry on drinking, you cannot live at home,’ which was the hardest thing.

‘Deep down, we believed there was something that was wrong with Jade that nobody touched on. Most people just focused on the alcohol.

‘We believe that if Jade suffered from an eating disorder because of mental health issues, if Jade was self-harming, that would be dealt with.

‘But because it was alcohol, people just dealt with the alcohol or tried to. She would binge drink. She would put herself in vulnerable situations.

‘She never had the euphoric effects of alcohol. It took her away from the world for a couple of hours.

‘Most of the time she would be in complete denial of what she was doing. She would say she didn’t like the taste of it. Other times she said she did not want to give it up.

‘It was her way of blocking things out. We always said, ‘Somebody is going to find you dead in the park’ but speaking to Jade, I knew she did not want to die.’

The hearing was told Miss Rayner began suffering seizures, was classed as epileptic and rent into rehab but she would accidentally injure herself while under the influence of alcohol and once scalded herself with hot soup after she fell asleep with a bowl in her lap.

She later told police she had been raped but refused to pursue it and it was claimed she got into a relationship with a paramedic who treated her.

She was admitted to rehab again and met a new boyfriend and the couple were said to be planning a future together.

She was found dead in bed at her home by a carer assigned to help her.

A pathologist said the cause of death was the toxic effects of the anti depressant.

Tests showed she 287 milligrams of alcohol per 100 millilitres of blood in her system. The alcohol limit for driving in blood is 80mg.

Police found empty bottles at the flat plus prescription medication. Her diary was also seized but it referred to her rehabilitation.