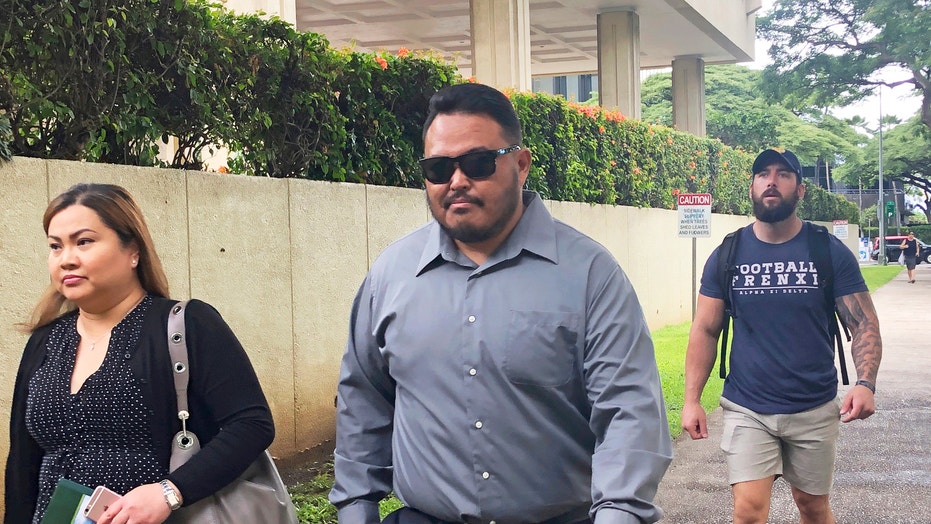 A former Hawaii police officer who forced a homeless man to lick a public urinal was sentenced to four years in prison Wednesday, according to multiple reports.

U.S. District Judge Leslie Kobayashi told defendant John Rabago that he took an oath as a police officer, but instead took advantage of someone poor and homeless. She asked him to imagine the same thing being done to one of his two daughters.

“You took from him his only possession: his dignity as a human being,” Kobayashi said. 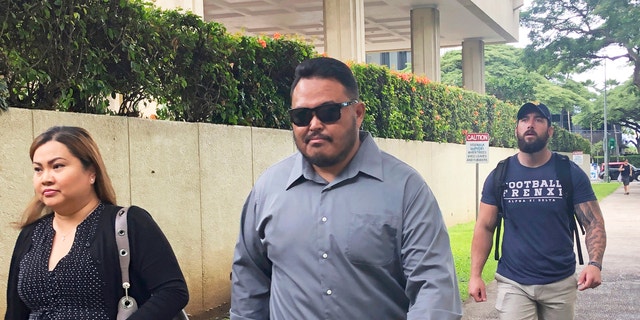 Rabago, 44, the former Honolulu police officer, pleaded guilty on December 16 to depriving Samuel Ingall, 37, of his civil rights. The Jan 2018 incident unfolded after Rabago and another officer responded to a nuisance complaint about Ingall being in a bathroom in a Honolulu shopping area.

Rabago told the man, "If you lick the urinal, you won’t get arrested," according to reports. He held Ingall down and stepped on his legs until he licked the urinal, the judge said.

“I’m here to judge you on the worst thing you’ve done in your life,” Kobayashi said.

The other officer, Reginald Ramones, left the department in August and pleaded guilty to a lesser charge – that he knew Rabago committed a civil rights violation but didn't inform authorities. He's scheduled to be sentenced next week. Kobayashi said that Rabago later told Ramones to delete text messages about the incident.

Defense attorney Megan Kau said in December that Rabago was "very remorseful, which is why he took responsibility," according to Hawaii News Now.

Kau said that after the hearing, she and Rabago expected a sentence of roughly three years.

"I think she’s taking the national environment and making him an example," Kau said about the judge and the protests against racial injustice and police misconduct across the nation. She argued it wasn't the same because Rabago is Filipino American and the victim is white.

“Two years ago I made a decision I'm not proud of," Rabago said when apologizing to the victim and his family. “My actions changed the course of life for all of us.”

Ingall sued the Honolulu Police Department and the city earlier this year, claiming the officers forced him to lick the public urinal to avoid being arrested.

Related posts:
Who Did Nicola Peltz Date Before Brooklyn Beckham? She Has A Famous Ex
Camila Mendes, Madelaine Petsch & More ‘Riverdale’ Stars Looking Sexy AF In Bikinis
Popular News
Watch Arsenal transfer target Yves Bissouma score 30-yard screamer in top corner as Brighton take lead over Blackpool
23/01/2021
Man Utd wonderkid Ramon Calliste, called ‘the next Giggs’, now owns luxury watch business and makes £5m a year – The Sun
26/03/2020
Megan Thee Stallion Addresses Criticism Over Twerking: ‘I Love to Shake My A**’
26/03/2020
Police guard shops to stop coronavirus panic-buyers and enforce social distancing – The Sun
26/03/2020
Coronavirus: Good Morning Britain’s Dr Hilary reveals ‘game-changing’ self-testing kit
26/03/2020
Recent Posts
This website uses cookies to improve your user experience and to provide you with advertisements that are relevant to your interests. By continuing to browse the site you are agreeing to our use of cookies.Ok