Now, 23 years later, he is raking in millions from his own education business. 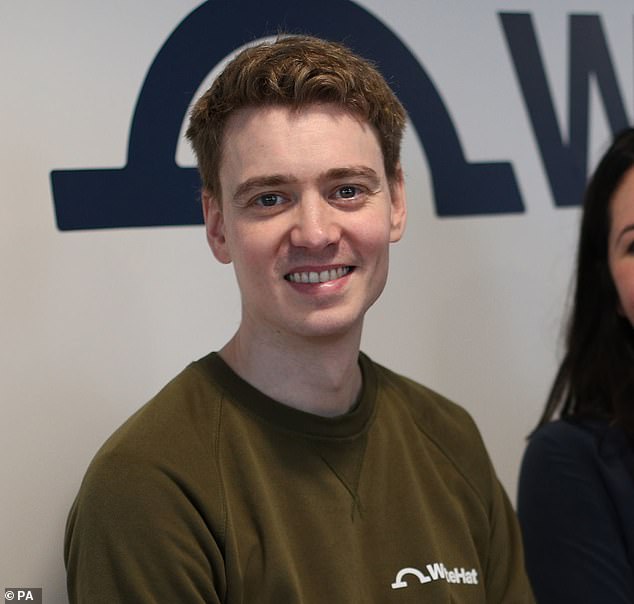 Euan Blair, pictured above, is raking in millions from his own education business

As the ex-prime minister’s son owns 47 per cent of the firm, his income will rival that of his father, who left politics with a string of luxury homes and has offered costly consultancy to senior leaders and corporations.

The soaring earnings of young Blair’s Multiverse Group Ltd – which provides apprenticeship training services for firms – explain why it was valued at £147million in January.

That meant Euan’s stake was potentially worth a cool £70million. Accounts for the year to March 2020 show Multiverse doubled its staff to 98 and its cash in the bank rocketed by £7.9million to £9.33million.

Euan created the firm in 2016 alongside entrepreneur Sophie Adelman to help the 50 per cent who do not go to university find apprenticeships.

The Blairs’ daughter Kathryn is a 33-year-old barrister, middle son Nicky, 35, is a football agent and youngest son Leo, 20, is at Oxford.