Diplomats in Brussels today warned an EU summit on November 19 will be the final deadline to agree a post-Brexit trade deal with the UK.

Talks remain deadlocked on a number of key issues and figures on both sides believe the negotiations are likely to go down to the wire.

The EU is likely to need approximately six weeks to ratify and implement any deal and with the end of the ‘standstill’ transition period in December ticking closer, the discussions are now entering a decisive phase.

Diplomats said if there isn’t a deal in place by Thursday next week then ‘time is up’ and Britain and Brussels will split at the end of the year without a trade accord.

The emergence of the new deadline came as Irish Foreign Minister Simon Coveney said he believed ‘we are more likely to get a deal than not’.

However, he also warned it is still ‘quite possible that this could fall apart’, a result which he said would result in ‘real problems’ for both sides. 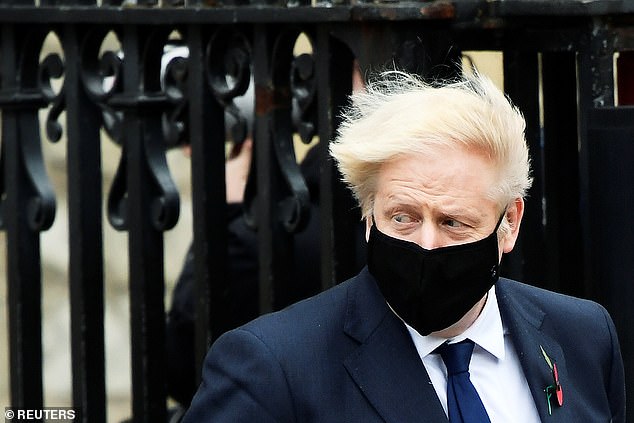 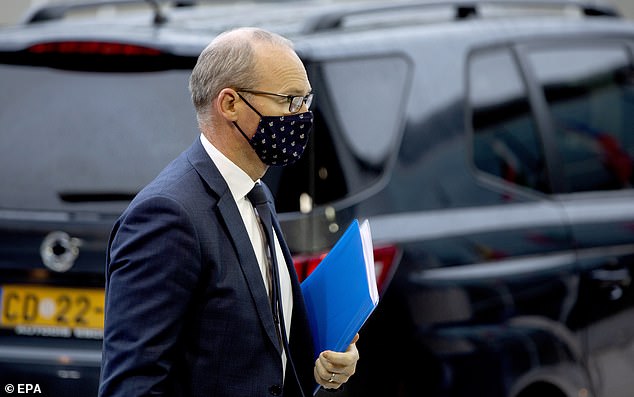 The heads of the EU’s 27 member states are due to convene for a video conference on the bloc’s coronavirus response on November 19.

But that summit is now viewed by many in Brussels as a crunch point in the trade talks.

A senior EU diplomat told The Guardian: ‘If there isn’t good news by then, then you really have to say that time is up – it just isn’t possible.

‘The leaders will need to see that it is there.’

Mr Coveney said today the ‘barriers to progress are well understood’ and the two sides are still a ‘long way apart’ on post-Brexit fishing rights as well as on the so-called ‘level playing field’ on rules and fair competition.

He said formal talks are likely to stretch into next week and while he is hopeful of a deal, he stressed it is still possible the negotiations could fail.

‘I think it is quite possible that this could fall apart and we don’t get a deal, that wouldn’t shock me at all,’ he said.

‘But if you are asking me to call it I think we are more likely to get a deal than not but I think it is unlikely this week but hopefully I will be proven wrong.

‘I think it is likely to move into next week but at that point the timelines start to get very tight, there are only 50 days left this year and of course there is a ratification process that takes a lot of time.

‘So we don’t have much time left and I think this week and next week are crucial really.

‘If we don’t have a deal at some point next week I think we have real problems.’

Mr Coveney said a failure to agree a trade deal would ‘represent an extraordinary failure of politics and diplomacy’.

He said he believed the ‘sobering’ cost of not having a trade agreement ‘will motivate people hopefully to agree to sensible compromise’.

Related posts:
Like Chloe Madeley, I'm thrilled my hubby has bedded more than 100 women
New Zealand dad dies in ‘freak accident’ on way to jury duty
Popular News
WarnerMedia Hires Jennifer Biry as Chief Financial Officer
02/12/2020
Man Utd wonderkid Ramon Calliste, called ‘the next Giggs’, now owns luxury watch business and makes £5m a year – The Sun
26/03/2020
Megan Thee Stallion Addresses Criticism Over Twerking: ‘I Love to Shake My A**’
26/03/2020
Police guard shops to stop coronavirus panic-buyers and enforce social distancing – The Sun
26/03/2020
Coronavirus: Good Morning Britain’s Dr Hilary reveals ‘game-changing’ self-testing kit
26/03/2020
Recent Posts
This website uses cookies to improve your user experience and to provide you with advertisements that are relevant to your interests. By continuing to browse the site you are agreeing to our use of cookies.Ok