Piers Morgan has branded the BBC ‘utterly spineless’ after the Corporation slammed Emily Maitlis for sharing a Twitter post that criticised the government’s handling of the pandemic.

The Newsnight presenter, 50, was told she had breached impartiality rules after sharing a tweet by fellow journalist Piers Morgan that slammed the government’s pandemic response. 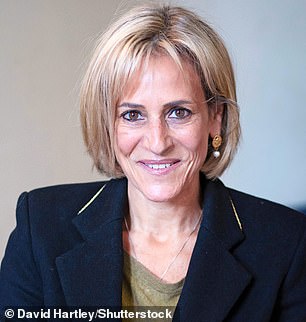 BBC presenter Emily Maitlis, 50, was reprimanded by bosses after she shared a ‘controversial’ tweet from Piers Morgan

A statement on the complaints section of the BBC’s website criticised the broadcaster’s social media activity after she shared a post by fellow journalist Piers Morgan in February.

The Twitter post said: ‘If failing to quarantine properly is punishable by 10yrs in prison, what is the punishment for failing to properly protect the country from a pandemic?’

Morgan labelled the BBC’s reaction as ‘quite incredible’, adding the post was ‘not a partisan comment, it’s a statement of fact’.

‘Why is the BBC so utterly spineless?’ he tweeted.

The Executive Complaints Unit (ECU) statement said the ‘retweeted material was clearly controversial, implying sharp criticism of the Government, and there was nothing in the surrounding context to make clear that Ms Maitlis was not endorsing it or to draw attention to alternative views’. 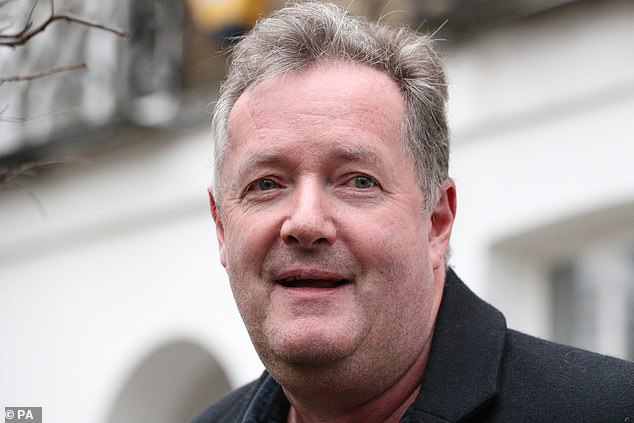 Mr Morgan, 56, branded the BBC as ‘utterly spineless’ for its statement in response to an earlier tweet he had posted

The BBC2 Newsnight presenter, 50, deleted this retweet within ten minutes – but not before someone complained to the BBC

It added: ‘Ms Maitlis deleted the retweet from her account within 10 minutes of its appearance but, in the absence of a public acknowledgement that it had been out of keeping with the BBC’s editorial standards, this did not seem to the ECU sufficient to resolve the issue of complaint.’

BBC director-general Tim Davie warned staff over their use of social media when he took on the role at the broadcaster last year.

He said staff sharing their opinions online could harm the broadcaster’s reputation for impartiality, which he described as a ‘number one priority’ amid accusations of bias from figures across the political spectrum.

A spokeswoman for the BBC said: ‘We note the ECU findings.’

The BBC said the complaint was lodged by a member of the public who thought Maitlis ‘gave an impression of partiality in a controversial matter’.

The reprimand is the latest for Miss Maitlis, who has been under fire for several jibes aimed at the Government over its handling of the pandemic.

She was embroiled in an impartiality row over a Newsnight monologue in May about Dominic Cummings’ hugely controversial trip to County Durham from London during lockdown.

The presenter said Boris Johnson’s former adviser ‘broke the rules,’ adding: ‘The country can see that and it’s shocked the Government cannot.’

Her tirade led to 20,000 complaints that she had shown bias. The BBC released a statement within 24 hours saying the programme had not met ‘standards of due impartiality’.