OCTOBER is a great month for stargazing and Nasa has rounded up its top events.

In a fun video, the US space agency has explained how you could spot Mercury and a big meteor shower this month. 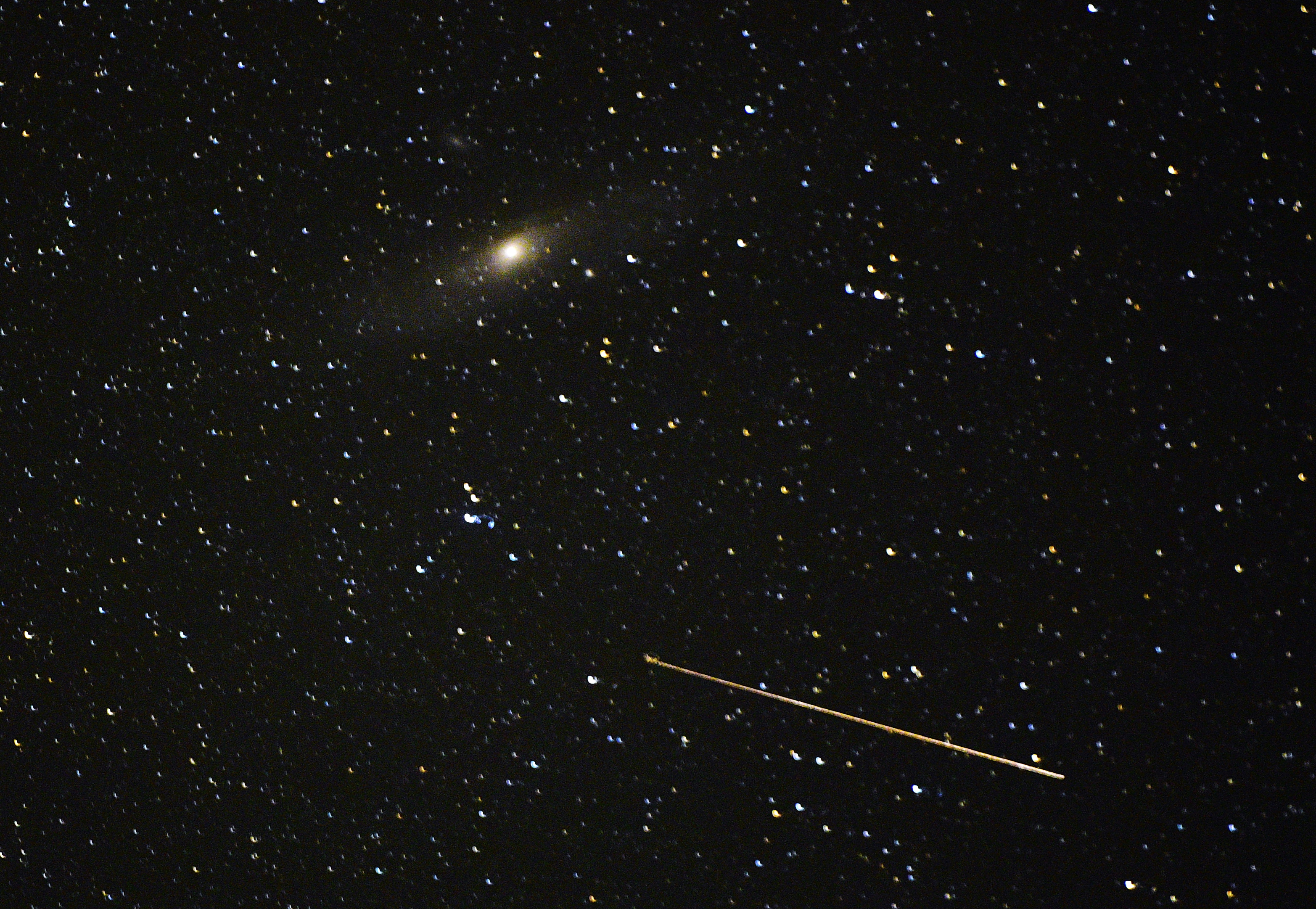 The Draconid's meteor shower may be happening this weekend but there's no need to worry if you miss it.

October has another meteor shower at the end of the month called the Orionid's.

There will also be a chance to see Mercury and some pretty bright stars.

The annual Draconid meteor shower peaked on Friday but you could still spot a few of its meteors this evening or on Sunday.

The celestial phenomenon gets its name from the Draco the Dragon constellation, which lies in the far northern part of the sky.

Sometimes the meteors look like they're flying from this point.

However, you should be able to spot them all over the sky.

The meteors are best viewed as soon as it goes dark.

You can view them late into the evening.

Try to find a clear location with limited light pollution and wrap up warm.

On the evening of October 10, Nasa recommends looking for the Crescent Moon, which will line up in a diagonal with Venus and the bright orange coloured Antares star.

Look south-west after sunset and Venus should be to the bottom right of the Moon with Antares glowing in the middle.

Venus will come very close to Antares for a conjunction on October 15 and 16.

The two will look about a degree and a half apart.

Planet Mercury will briefly pop into view for early risers in the last week of October.

Around 30 to 45 minutes before sunrise, Mercury will be about 10 degrees above the eastern horizon.

For the whole of October you can spot two bright stars in the early evening sky.

These stars take turns with Polaris to be the North Star over thousands of years.

They're called Vega and Deneb.

Look high in the sky in the first few hours after it gets dark.

Vega is a blue-ish white star and Deneb is a blue-white super giant star.

They dip towards the western horizon before setting just before dawn.

Nasa left this one off its video but the Orionid meteor shower is definitely not one to miss.

The Orionid's should peak on October 21 this year.

You could see around 15 shooting stars per hour if you're blessed with clear skies and an area that has limited light pollution.

It happens 60 miles up in space, when the Earth moves through a cloud of thousands and thousands of space rocks which would be left behind by the famous Halley's Comet.

In other news, three entirely new lifeforms were recently discovered at different locations onboard the International Space Station.

Nasa has announced that it is accepting applications for wannabe space explorers who wish to fire their names to the Red Planet.

And, the Perseverance Mars rover has revealed stunning video and audio recordings from the surface of the Red Planet.