President Donald Trump once again alleged without evidence that rival Joe Biden was on drugs – telling a Fox News interviewer in a clip that aired Friday: ‘that’s what I hear.’

Trump made the charge after repeatedly attacking his Democratic challenger’s mental capacity and stamina – a charge Biden has loudly rejected.

‘It is probably, possibly drugs involved. That’s what I hear,’ Trump told Fox host Jeanine Pirro in an interview at the White House. 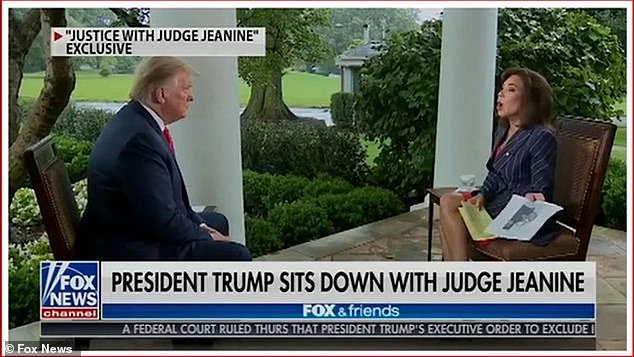 President Donald Trump once again alleged without evidence that rival Joe Biden was on drugs – telling a Fox News interviewer Jeanine Pirro: ‘that’s what I hear’

‘I mean there’s possibly drugs. I don’t know how you can go from being so bad where you can’t even get out a sentence,’ Trump continued. ‘I mean you saw some of those debates with the large number of people on the stage. He was – I mean, I used to say how is it possible that he can even go forward.’

Trump in an interview last month called for Biden to be tested. ‘All I can tell you is that I’m pretty good at this stuff,” he said. “I look. I watched him in the debates with all of the different people. He was close to incompetent, if not incompetent. And against Bernie he was normal.”

Biden managed to prevail over a crowded Democratic field. He stumbled in some debates but many critics wrote that he improved as the debates wore on. His rivals ended up endorsing him en masse after they were defeated. 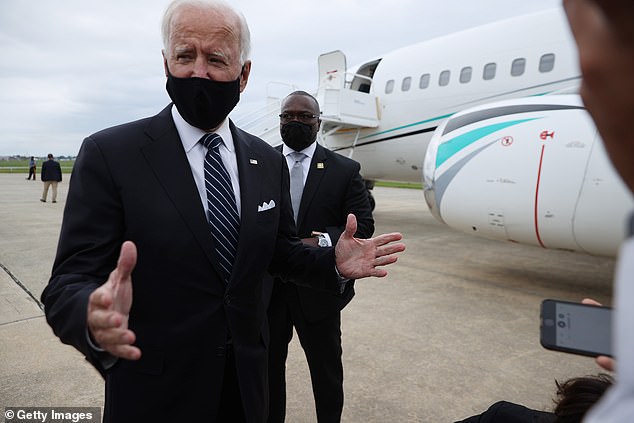 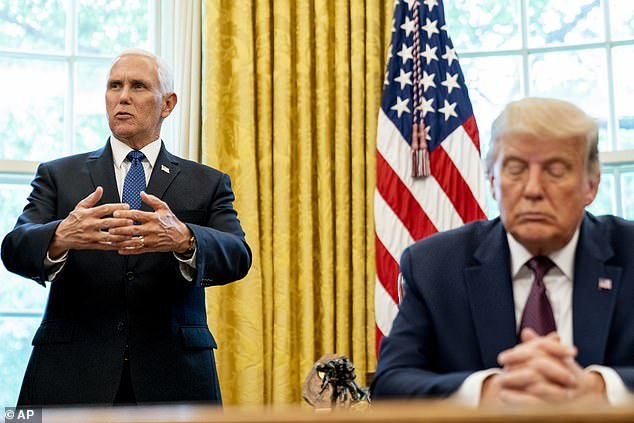 Vice President Mike Pence, left, accompanied by President Donald Trump, speaks in the Oval Office of the White House, Friday, Sept. 11, 2020, in Washington. Trump has previously challenged Biden to take a drug test. He made a similar challenge to rival Hillary Clinton in 2016 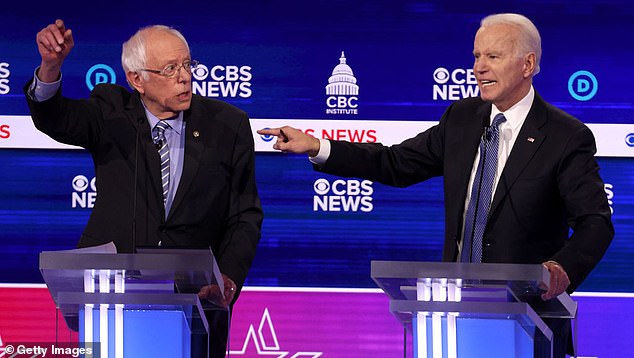 A CBS / YouGov poll after the tenth debate found that 26 per cent believed Vermont Sen. Bernie Sanders made the best case he could defeat Trump. Biden came in second, at 21 per cent, running well ahead of the rest of the pack. Sen. Elizabeth Warren came in third, with 12 per cent.

Trump himself made the surprise acknowledgement this year that he was taking hydroxychloroquine as a preventative defense against the coronavirus, even as academic studies have showed it to have mixed results as a potential treatment for people who have the virus.

Trump’s latest attack came on a day when a new poll showed a bare majority in battleground states considers either man mentally fit to be president.

Voters are nearly evenly split, 51 to 49 per cent, on whether Trump is mentally unfit to be president.

Biden in a CNN interview that aired Thursday pledged to be ‘totally transparent’ about his own health as he ripped Trump for his insults.

‘Thank God I am in good health. But here’s the deal. Anything can happen,’ he said.

The president boasted about ‘acing’ his mental cognition test but has refused to reveal detailed information about his unannounced trip to Walter Reed Medical Center last November.

Trump took to twitter early this month to deny having a series of ‘mini-strokes.’

‘It never ends! Now they are trying to say that your favorite President, me, went to Walter Reed Medical Center, having suffered a series of mini-strokes,’ Trump wrote. 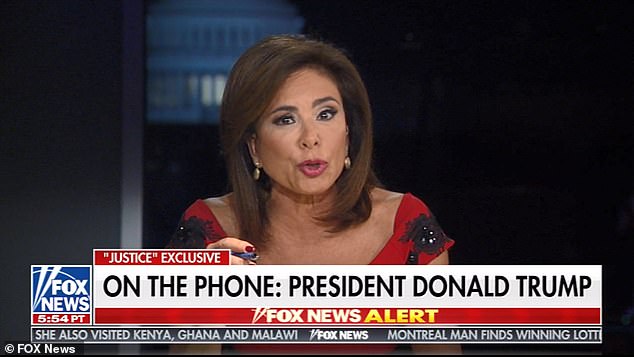 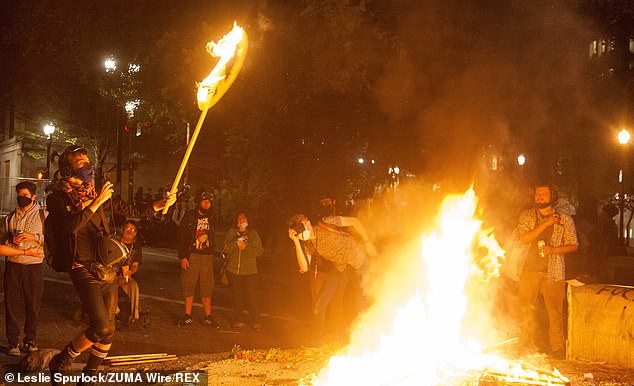 A protester dances around a fire set by protesters while burning a peace sign near the Federal Courthouse in Portland, Oregon during another night of protests in the city. Portland Protest, Oregon, U.S. – 19 Jul 2020

In other comments to Pirro, Trump vowed  to crush any ‘riots’ that occur among opposition should he be declared the winner on Election night – saying he would ‘put it down within minutes.’

Trump was asked about the hypothetical scenario by Fox News host Jeanine Pirro – who mentioned ‘threats’ of riots without providing specifics.

Rather than downplay the possibility, Trump took the hypothetical, continuing: ‘Look, it’s called insurrection. We just send in, and we do it very easy. I mean, it’s very easy. I’d rather not do that because there’s no reason for it, but if we had to, we’d do that and put it down within minutes. Within minutes,’ Trump said, in a clip posted by Politico.

Trump has repeatedly gone after ‘rioters’ and ‘looters’ who he said are rival Joe Biden supporters.

He has sent in federal agents to cities suffering rioting and property destruction in the wake of protests over the death of George Floyd.

He famously posed with a bible outside St. John’s Church across from the White House after authorities deployed tear gas on peaceful protesters.

Trump’s use of the term ‘insurrection’ recalls his administration’s threat to use the Insurrection Act to use military forces put down disturbances.