Dementia sufferer, 81, died in private ambulance on motorway hard shoulder after being driven more than 250 MILES from her care home for mental health treatment, inquest hears

An 81-year-old dementia sufferer died in a private ambulance on a motorway hard shoulder after being driven more than 250 miles from her care home for mental health treatment, an inquest has heard.

Peggy Copeman had never previously left her home county of Norfolk before she was taken from St Mary’s residential home in New Buckenham to Cygnet Hospital in Taunton, Somerset, on December 12, 2019.

In a statement read by the coroner at the inquest in Norwich, Mrs Copeman’s daughter Maxine Fulcher said that she died on the return leg four days later on December 16.

She described her mother as ‘giving and affectionate’ and someone who ‘took pride in her appearance’ from an early age. 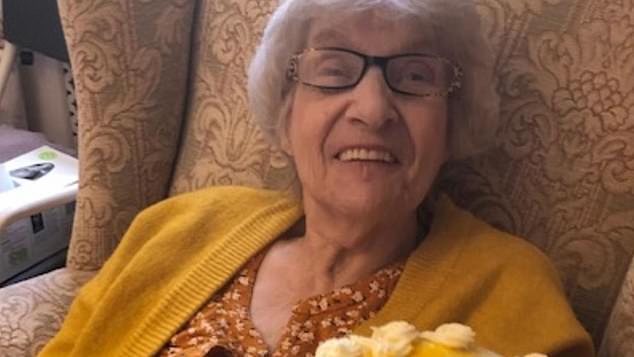 Peggy Copeman (pictured) had never previously left her home county of Norfolk before she was taken from St Mary’s residential home in New Buckenham to Cygnet Hospital in Taunton, Somerset, on December 12, 2019

Mrs Fulcher said Mrs Copeman, who was first diagnosed with paranoid schizophrenia in the late 1960s, moved into a care home in 2014 after showing signs of dementia.

Dr Ashish Pandey, consultant psychiatrist for Norfolk and Suffolk NHS Foundation Trust (NSFT), said ‘there was a deterioration in (Mrs Copeman’s) presentation’ and she had a mental health assessment on December 10 2019.

He said Mrs Copeman was ‘shouting, kicking, punching staff members and other residents’, throwing food and talking to people who were not there.

‘She had reported that she’s a queen and having a baby,’ he said.

‘She thought it was World War Two and staff members were Russian.’

He said that during her assessment it was noted that she ‘appeared frail and thin-built’.

He said she was placed under recommendation for section two of the Mental Health Act. 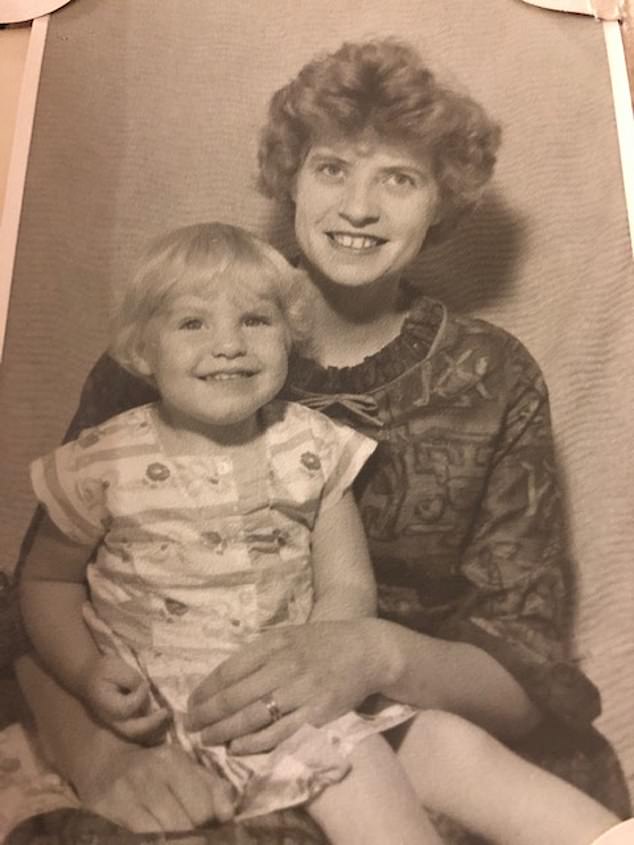 In a statement read by the coroner at the inquest in Norwich, Mrs Copeman’s daughter Maxine Fulcher (pictured with her mother in the 1960s) said that she died on the return leg four days later on December 16

Section two of the Act allows for someone to be detained in hospital for an assessment and mental health treatment.

Mrs Fulcher said the family were ‘very shocked’ when they were told on December 11 that an inpatient bed had been found for her mother in Somerset.

‘We were very shocked to hear it and thought they had got it wrong as it was so far away,’ she said.

‘We said she had never travelled out of Norfolk and this was too far for her.’

She said the family were told this was the only bed available, and that she voiced concerns to NSFT.

‘We wanted to go to see my mum before she left but she was transported earlier than planned,’ Mrs Fulcher said. She said she was told that her mother arrived in Somerset and was ‘settling in’.

‘I was subsequently informed that my mum had a water infection,’ she said.

Mrs Fulcher said she was told on December 14 that a bed ‘would shortly be available’ for her mother at Julian Hospital in Norwich. She said she felt the journey should wait until her mother felt healthier.

Mrs Fulcher said that on the morning of December 16 she received a call from Cygnet Hospital ‘saying mum was being transported back to Norfolk’.

‘We made a further phone call highlighting our concerns but they were transporting mum back,’ she said.

‘We were upset and concerned but were reassured we would get a phone call as soon as mum was at the Julian Hospital.’

Mrs Fulcher said that in a call that afternoon they were told that the ambulance had ‘pulled over… they said on the hard shoulder and were unable to say why’.

‘We were going out of our minds with worry,’ she said.

Mrs Fulcher described chasing people for information and later being told that her mother had died.

Dr Olufemi Solanke, who worked at Cygnet Hospital, said he was aware that Mrs Copeman did not have a physical examination before travelling to Somerset and was told that this was because she was ‘not co-operating’.

He said that, on December 14, physical observations were done and Mrs Copeman was found to have a high temperature and a suspected urinary tract infection.

He said that he prescribed antibiotics, and that her other observations were ‘within normal range’.

On the morning of her discharge, on December 16, ‘she did not appear to be in any distress, she sat upright in the wheelchair’, Dr Solanke said.

He said staff had tried to take physical observations ‘but she declined’.

Asked by the coroner on what basis he assessed her as ‘fit to travel’, he replied: ‘At that point it was based on my observation that she looked physically stable at the time.’