Home » David Cameron rules out a return to the political frontline

David Cameron rules out a return to the political frontline

David Cameron today said the prospect of Donald Trump making a comeback is ‘enough to keep us all spinning over’ as he ruled out his own return to the political frontline.

The former prime minister insisted he is ‘happy doing what I am doing’ as he revealed he ‘certainly’ does not miss taking part in Prime Minister’s Questions in the House of Commons every Wednesday.

Mr Trump hinted at the weekend that he could launch a bid to return to the White House at the 2024 US presidential election after he was ousted by Joe Biden last year. 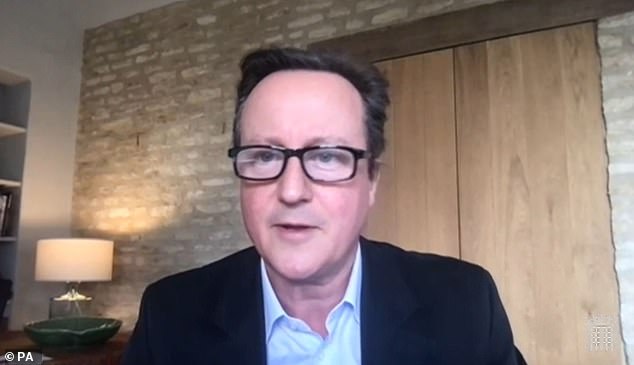 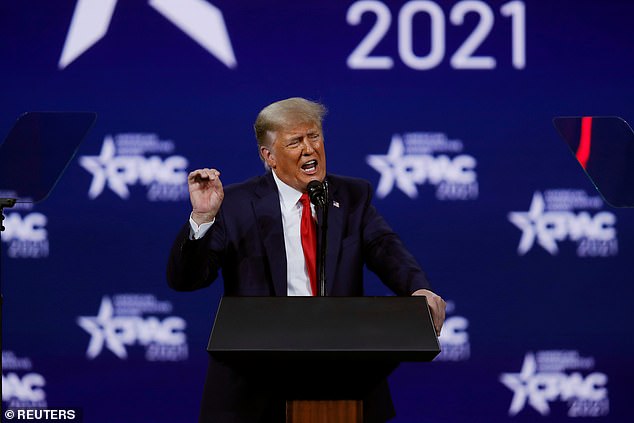 The Republican told an event on Sunday that ‘with your help we will take back the House, we will win the Senate, and then a Republican president will make a triumphant return to the White House’.

He then added as he smirked at his supporters: ‘And I wonder who that will be. Who, who, who will that be? I wonder.’

Mr Cameron was asked this afternoon during an appearance in front of Parliament’s National Security Strategy Committee if he ever thought about mounting a comeback.

SNP MP Angus Brendan MacNeil told Mr Cameron: ‘Donald Trump is fancying a comeback at some point. Does it ever cross your mind?’

Mr Cameron replied: ‘No. Thinking about Donald Trump making a comeback, I think it is enough to keep us all spinning over.

‘No, I am happy doing what I am doing for Alzheimer’s and dementia, I spend a lot of time on that.

‘I spend, actually something that came out of the National Security Council, is the work we were doing to try to focus the aid budget onto the most fragile states and I am continuing that, I have set up a fragile states council with the former president of Liberia and the former finance minister of Rwanda.

‘And the truth is that over time India and China will lift their own poor out of poverty but we are going to be left with the Somalias, the Burundis, the Sierra Leones, the countries that are deeply troubled and conflict ridden that will cause not only lots of poverty but lots of problems for the rest of the world.’

Asked directly if he missed being in 10 Downing Street, Mr Cameron joked: ‘I certainly don’t miss Wednesday at 12 o’clock, Wednesday at 12 noon I don’t miss, but it is a bit different these days from what I can see.’