The former Home Secretary David Blunkett has blasted the daily coronavirus briefings, saying they have become like a ‘Sermon on the Mount’.

The Labour life peer made the comments in an interview on the Today programme on BBC Radio 4, during a discussion on the reaction to the coronavirus pandemic.

When asked about the police and political reaction to the crisis, Blunkett responded saying people are being ‘hectored’.

He said: ‘Actually we talk, talk, talk and we hector people, I mean the daily press briefings now just become a Sermon on the Mount’. 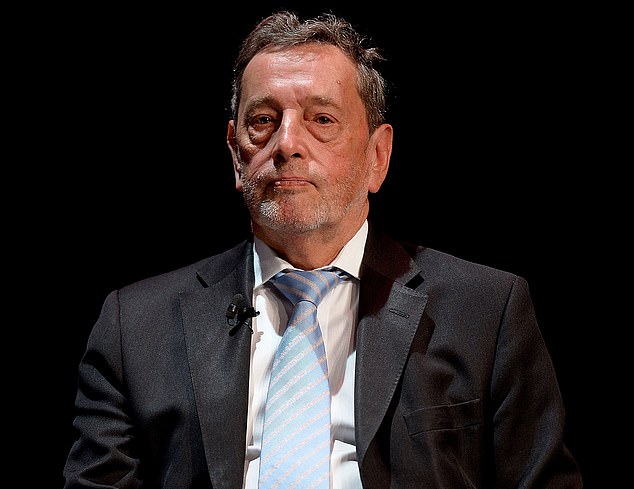 The former Home Secretary David Blunkett (pictured) has blasted the daily coronavirus briefings, saying they have become like a ‘Sermon on the Mount’

While the daily Downing Street briefings were initially conducted with reporters in person, they are now held virtually because of social-distancing rules.

Journalists now take part via video chat, making it harder for them to interrupt or challenge government ministers with follow-up questions.

The set-up has been criticised by many, including Telegraph political columnist Michael Deacon, who last week branded the briefings ‘pathetic’ and ‘a complete waste of time.’

‘People need clarity and candor. This evening, all they got was 24 minutes of the most pitiful, dispiriting waffle,’ he wrote of a recent press conference, lead by Business Secretary Alok Sharma. 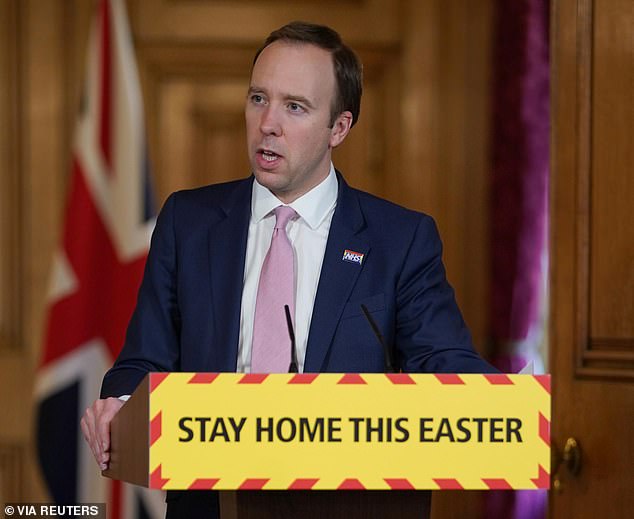 Press briefings have been held every day during the coronavirus crisis by different Members of Parliament. Pictured: Health Secretary Matt Hancock at yesterday’s briefing

After the ‘Sermon on the Mount’ comment, the interview with Blunkett swiftly moved on to the subject of the dangers of Twitter during the epidemic.

The former politician added: ‘I just think the more people discuss conspiracy theories or pass on isolated incidents the more things get blown up and then we get away from the central issues of how we can reduce the contagion, get the infection down and then get back to some normality as quickly as we can.

‘I believe that if we don’t lift some of the heavier restrictions over the next month we’ll be in real difficulty, not just economically but socially as well.’

Press briefings have been held every day during the coronavirus crisis by different MPs as well as Professor Chris Whitty, the government’s chief medical adviser, and Sir Patrick Vallance, its chief scientific adviser.

In the same interview, David Blunkett added that the police force have learnt from some of the mistakes they have made in reaction to lockdown in recent weeks.

It comes after yesterday a viral video showed a South Yorkshire police officer scolding a family on their own doorstep for letting their young children play on their front lawn.

The force later apologised for the encounter, which it called ‘well-intentioned but ill-informed’, after the officer told the young family: ‘You do not want your children getting the virus, it does not stop in front of your garden.’

Blunkett said: ‘I think at the start there was a tendency to go over the top, for understandable reasons, and the revealing of silly examples has helped to get it right.

‘I have been in contact with South Yorkshire Police to commend them for the sensitive way they have handled things as a whole, so the individual incident is very unfortunate.

‘We police by consent and we need to go back to first principles of what are the objectives here. The objective is to stop the spread of the virus that comes from being very close to people to reduce the number of infections.’