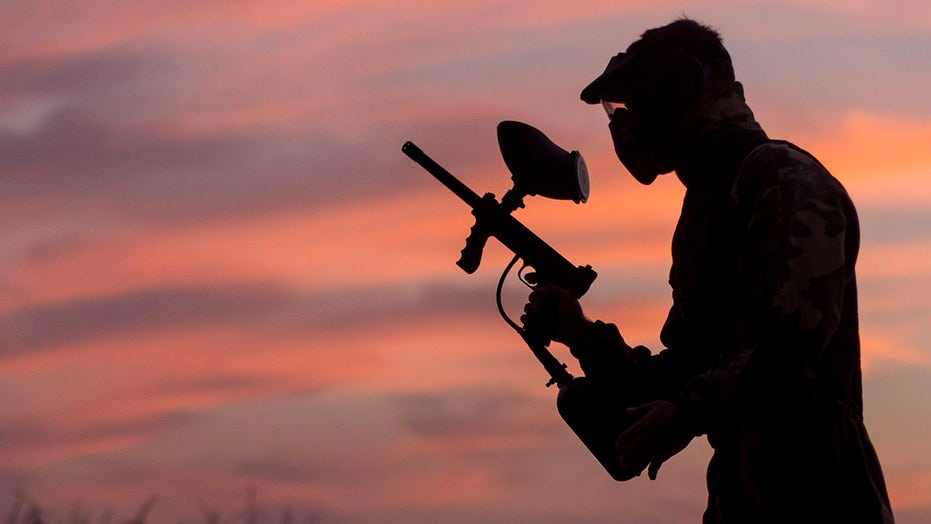 Who had zombie apocalypse for October?

A Texas paintball park is hosting an interactive “Zombie Safari” throughout the month that will let guests shoot at roaming undead monsters from its “Zombie Response Vehicles.”

It’s a different take on a haunted hayride at Cousins Paintball in Forney, just outside of Dallas. Crews have rigged up surplus vehicles, trucks, buses and trailers to haul loads of paintballers around a course lined with “zombies.”

“Zombie Safari Dallas is an interactive, real-time, first-person shooter experience where you get to shoot without getting shot back at,” the company’s flyers read. “This is a one of a kind adventure and it only happens in October.”

TRAVELER LOSES $4G AT DALLAS AIRPORT, GETS IT BACK AFTER CUSTODIAN FINDS IT ON BENCH HOURS LATER

The backstory behind the Halloween-themed event pretends that an outbreak of a deadly zombie virus in a local prison has overwhelmed law enforcement and military forces and calls on everyday visitors to “help stop the spread.”

“Eliminate the threat utilizing our specially outfitted Zombie Response Vehicles; aka ZRV's,” an ad for the safari reads.

Videos from past events show actors in spooky costumes, and a good amount of protective gear, lurking in the darkness as participants light them up with paint.

Tickets range from $10 for a “spectator” seat that doesn’t include an option to fire paintballs to $600, for a 20-person private party.

PAINTBALL SHOOTINGS IN LOS ANGELES ON THE RISE AND CONCERNING POLICE

A $25 “shooter” ticket is good for one ride and 100 paintballs. Wait times can be as long as three hours, officials said. Events run on Fridays and Saturdays throughout October from 7 to 10 p.m.

Vehicles will be filled to only half capacity and other health and sanitization protocols have been implemented due to the coronavirus pandemic, manager Jed Allsup told San Antonio-based KSAT.

The Cousins Paintball facility itself is open year-round for regular events. There are additional locations in New Jersey and New York.

Related posts:
Johnny Depp Reveals His Favorite On-Screen Kiss
‘The Pioneer Woman’ Ree Drummond Loves Her Pets
Popular News
Fall Boots Await at This Amazing Ugg Flash Sale
22/09/2020
Man Utd wonderkid Ramon Calliste, called ‘the next Giggs’, now owns luxury watch business and makes £5m a year – The Sun
26/03/2020
Megan Thee Stallion Addresses Criticism Over Twerking: ‘I Love to Shake My A**’
26/03/2020
Police guard shops to stop coronavirus panic-buyers and enforce social distancing – The Sun
26/03/2020
Coronavirus: Good Morning Britain’s Dr Hilary reveals ‘game-changing’ self-testing kit
26/03/2020
Recent Posts
This website uses cookies to improve your user experience and to provide you with advertisements that are relevant to your interests. By continuing to browse the site you are agreeing to our use of cookies.Ok