Yet some witless Tory MPs seem determined to make it even harder by launching continual ‘blue-on-blue’ attacks on the two candidates for the job.

As his chances of winning recede, Rishi Sunak’s supporters in particular are becoming increasingly vicious in their criticism of opponent Liz Truss.

Following assaults on her economic literacy by Tory grandees Michael Howard and Kenneth Clarke, Thirsk and Malton MP Kevin Hollinrake is the latest to put the boot in, saying her energy policy would have low-income families ‘on the streets’. 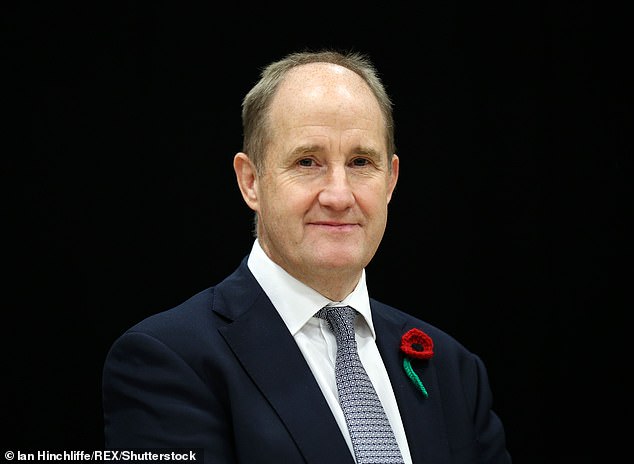 We have come to expect this kind of hyperbole from Labour and its cheerleaders. Coming from within the Conservative Party however, it is much worse.

Whoever wins this contest will be damaged by this internecine feuding – which plays straight into Sir Keir Starmer’s hands. History tells us the voters will not elect a party at war with itself.

The truth is, this leadership race has gone on quite long enough.

Tory members and the public know everything they need to about both contenders yet the contest is due to drag on for another two weeks, depriving the country of the strong leadership it urgently needs. The only way it can be curtailed is if Mr Sunak throws in the towel.

The most recent survey of Tory members has him 32 points adrift and Miss Truss is 16/1-on favourite with the bookies.

They have been known to be wrong – but seldom that wrong.

It is of course Mr Sunak’s prerogative to decide if and when the game is up. But whatever happens, the hostility must end.

He presents himself as a ‘grown-up’ candidate with a positive message. Let him show it by instructing his team to tone down the derogatory rhetoric.

The Daily Mail has some sympathy with barristers in the criminal courts, who have seen real earnings slide following changes to the legal aid system.

But staging an all-out strike will have a grave effect on an already beleaguered justice system.

Those who suffer most will inevitably be the victims of crime – some highly vulnerable – who will be stuck even longer in limbo waiting for their cases. And defendants hoping to clear their name will have a cloud hanging over them indefinitely.

The barristers have been offered 15 per cent, the lower recommendation of a recent independent review, but are holding out for 25 per cent. There must surely be room for compromise without this drastic action.

As Justice Secretary Dominic Raab writes in this paper today: ‘Victims deserve better. To those striking, I say do right by them, and please return to work.’

After the appalling summer of chaos at Heathrow, you might think that the company and British Airways would have addressed the problems and resumed normal service by now.

Not a chance! BA yesterday axed more than 1.8million seats between now and spring, as what was supposed to be a temporary cap on passenger numbers has been extended. With demand still high and inflation soaring, industry analysts are predicting ‘stratospheric’ price increases.

This arrangement suits BA, which can employ fewer staff and pay lower airport charges while maximising profits thanks to the higher seat prices.

So as usual, the only victim here is the poor consumer – taken for granted and cynically fleeced yet again.