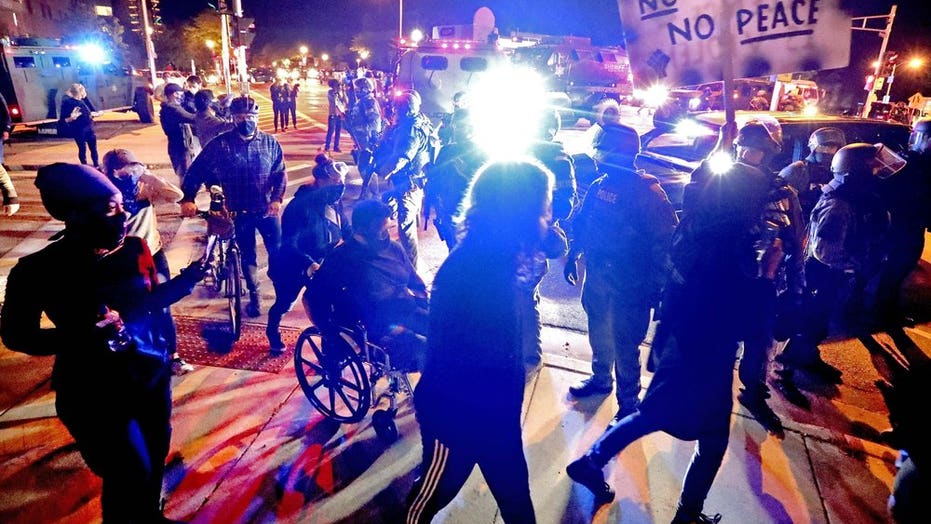 Two reporters for the conservative news outlet Daily Caller said they were beaten with nightsticks by police as they reported on an anti-police protest Thursday night in Wauwatosa, Wis.

Shelby Talcott, 27, and Richie McGinniss, 31, said they were injured during the encounter with Wauwatosa Police.

“It was excessive force, for sure,” Talcott told Fox News on Friday. “Nobody was resisting. When police told us to do something, we complied.” 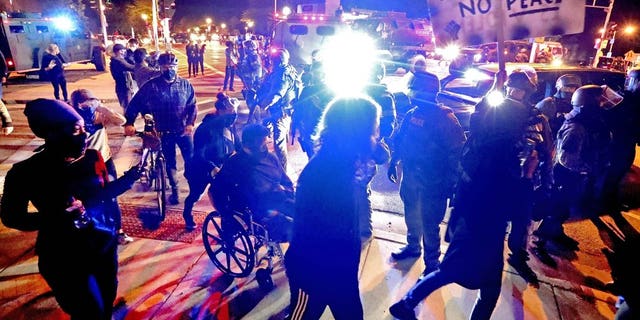 She said a ranking officer ordered them released after they proved to him that they were members of the media.

"If any credentialed members of the press were arrested or cited on the night of October 8th they are advised to contact the Wauwatosa Police Department with verification of their media status," Sgt. Abby Pavlik, a spokeswoman for the department, told Fox News.

Earlier Friday, the Wauwatosa Police Department said they had made several arrests Thursday night of “members from a crowd violating lawful orders.”

“We ultimately want voluntary compliance of the emergency curfew,” it said.

Talcott said they were with two other reporters who were taken into custody and arrested for violating the city's 7 p.m. curfew.

She said one of them was Brendan Gutenschwager, an independent videographer.

She posted video shot by a reporter for Milwaukee station WISN-TV showing Gutenschwager being pulled out of her car by police.

“Tonight I was brutalized by police in Wisconsin,” the videographer said on Twitter. “This is me being dragged out of a vehicle and slammed to the pavement. Pleaded with officers that I am here as press, never even given a chance to cooperate before they escalated to this. I am in shock.”

He, Talcott and McGinniss were reporting on a gathering of protesters angry that prosecutors found no reason to arrest a Wauwatosa officer in the shooting of a Black teen Alvin Cole earlier this year.

McGinniss was recording the arrest of Cole’s mother, Tracy Cole, 48, when he said he was tackled to the ground by officers.

“Yes sir, I have press credentials right here,” he is heard saying in video of his encounter with the officers.

He told Fox News he was left limping after one cop whacked him in the knee with a nightstick.

Talcott was arrested recently covering a protest over the Breona Taylor shooting in Louisville.

She was charged with two misdemeanors in a case that is still pending.

Related posts:
Tackle 20 new games at The Crystal Maze live experience in Manchester
I survived the Beirut blast and it's made me determined to live my life to the full
Popular News
Camila Cabello’s latest transformation is turning heads
25/10/2020
Man Utd wonderkid Ramon Calliste, called ‘the next Giggs’, now owns luxury watch business and makes £5m a year – The Sun
26/03/2020
Megan Thee Stallion Addresses Criticism Over Twerking: ‘I Love to Shake My A**’
26/03/2020
Police guard shops to stop coronavirus panic-buyers and enforce social distancing – The Sun
26/03/2020
Coronavirus: Good Morning Britain’s Dr Hilary reveals ‘game-changing’ self-testing kit
26/03/2020
Recent Posts
This website uses cookies to improve your user experience and to provide you with advertisements that are relevant to your interests. By continuing to browse the site you are agreeing to our use of cookies.Ok