A DAD is stressed out about his son's health upon allegedly finding plastic pieces in a jar of baby food – after his tot had eaten "90 per cent of it".

Cathal Gallagher said his nine-month-old baby had passed "at least a dozen pieces of plastic" in his poo since eating the processed food. 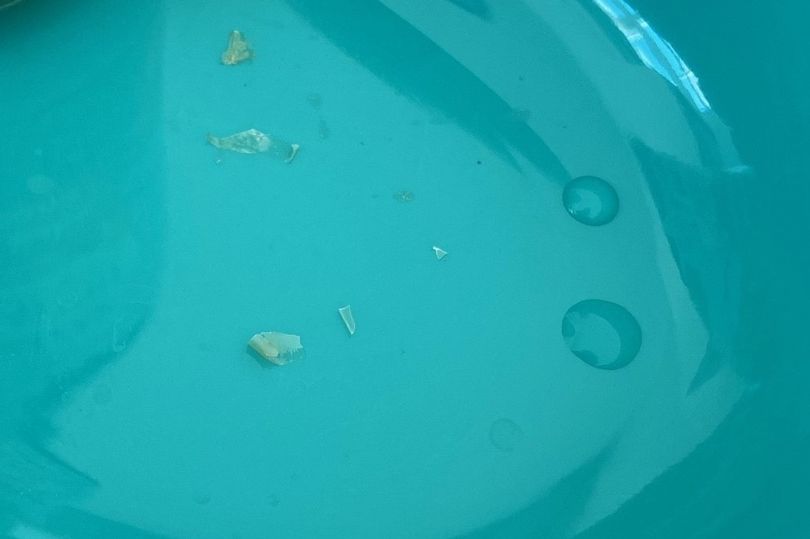 The dad explained his family had been "in a bit of a rush, so got one of the jars, poured it on a plate to feed my son, and as we got towards the end of the jar I could see these small bits sticking to the plate, and when I touched them I realised it was plastic".

Gallagher, of Derry, Northern Ireland, told Belfast Live the unverified fragments were "very flimsy and transparent, like the film across microwave meals".

Unfortunately, because they were in a hurry, it wasn't till his tot had consumed 90 per cent of the jar's contents that the pieces were noticed.

Gallagher said they were "immediately worried" and phoned their health visitor "who told us not to be concerned as long as our child was not in discomfort, but if he does show symptoms to take him to A&E".

He added: "My child has not been in any discomfort, thankfully, but has passed at least a dozen pieces of plastic.

"The whole ordeal has been extremely concerning and distressing."

The name of the product has not been published, but Gallagher said he had contacted environmental health officials at Derry City and Strabane District Council to report the alleged plastic contamination.

However, despite calling them "every day, they have not called me back".

The worried dad has also contacted the baby food manufacturer, which said someone would collect the jar and alleged plastic for tests.

But he was left unimpressed as they "did not ask how the baby was".

The company was also contacted for comment on the alleged plastic contamination.

A council spokesperson said the dad's complaint was being investigated.

Related posts:
Amanda Owen says she thought she had indigestion when she was actually in labour