A decision on whether Cressida Dick will continue as Metropolitan Police Commissioner is said to be ‘imminent’.

Dame Cressida and Home Secretary Priti Patel are reported to have discussed her future last week.

The controversial police chief’s five-year contract ends next April but she is understood to want her tenure in the top police job extended. 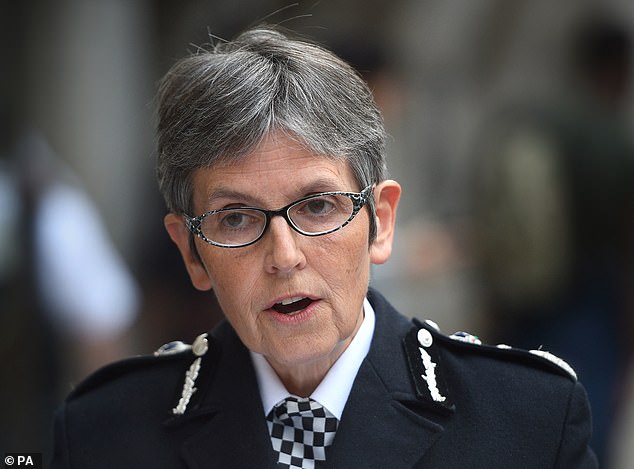 However, her critics are demanding she step down. The Guardian reported that a decision was now ‘imminent’.

The Met chief has been caught up in a string of controversies including her handling of the disastrous Operation Midland probe into spurious child sex abuse allegations, her force’s woeful security operation at the Euro 2020 final and allegations of a ‘cover-up’ culture at Scotland Yard.

In June, an official report branded the Met ‘institutionally corrupt’ and accused Dame Cressida of trying to thwart an inquiry into the unsolved murder of private eye Daniel Morgan in 1987. She has rejected the key findings. 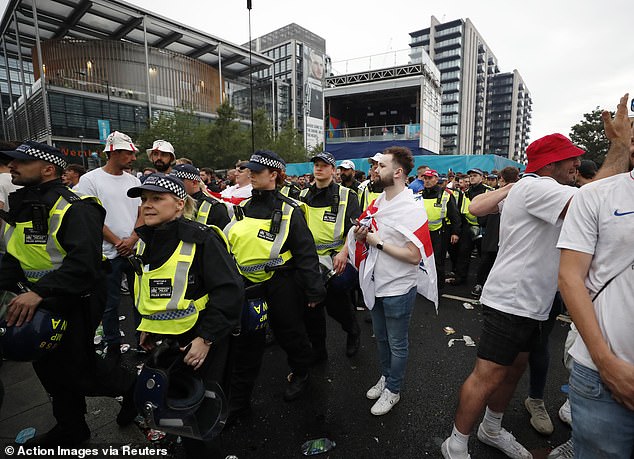 Controversies include her force’s woeful security operation at the Euro 2020 final. Her critics are demanding she step down

Former Tory MP Harvey Proctor, who lost his home and job over Operation Midland, said last month: ‘She is a disgrace and should have resigned long ago.

‘It is time for her to go because of Operation Midland, not to be seeking any extension to her employment at the Met.’

The commissioner, 60, who was formally made a dame commander by Prince Charles last month, has indicated she was ‘happy’ to remain in the top job.

Speaking after the ceremony at St James’s Palace, she said: ‘I’m very focused on my job, I love my job, it’s a huge honour.’