Brazen criminals have been stealing stone from heritage sights around northern England during the coronavirus lockdown.

A spike in thefts of Yorkshire stone has left many English heritage sights ‘dismantled’ as walls, drives and pavements have all been targeted.

It is believed that organised gangs have been dressing in hi-visibility jackets and driving around in white vans to steal the stone. 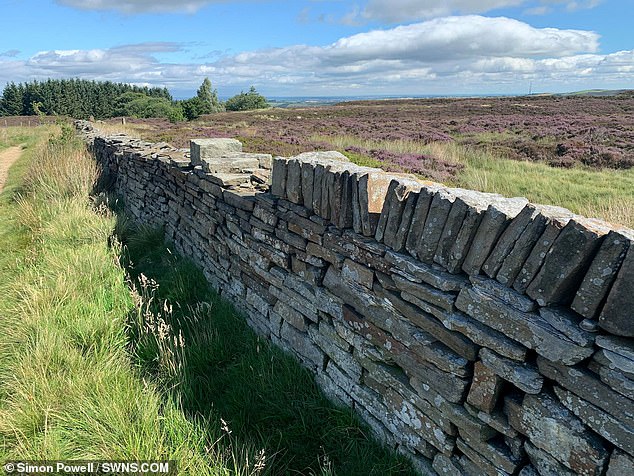 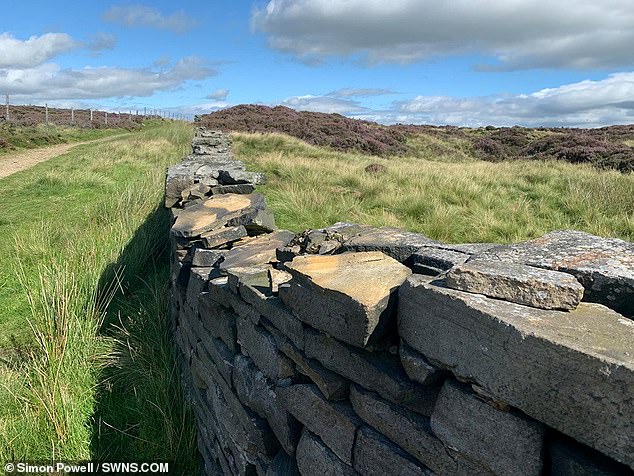 Slabs of the valuable Yorkshire stone are seen to be missing from this historic country wall in Holmfirth, West Yorkshire

‘These people are destroying walls that have been there for almost 300 years,’ he said.

‘And it’s a shame because the council never rebuild them like they were, they use concrete and it looks awful.’

Holmfirth was the location used for the long-running comedy Last of the Summer Wine, and Simon, who takes daily walks through a disused quarry and hamlet nearby, says he has noticed a spike in thefts in the area since March.

‘There has definitely been a surge in the last three or four months. I know people who have had some stolen from their garden pavements and walls. 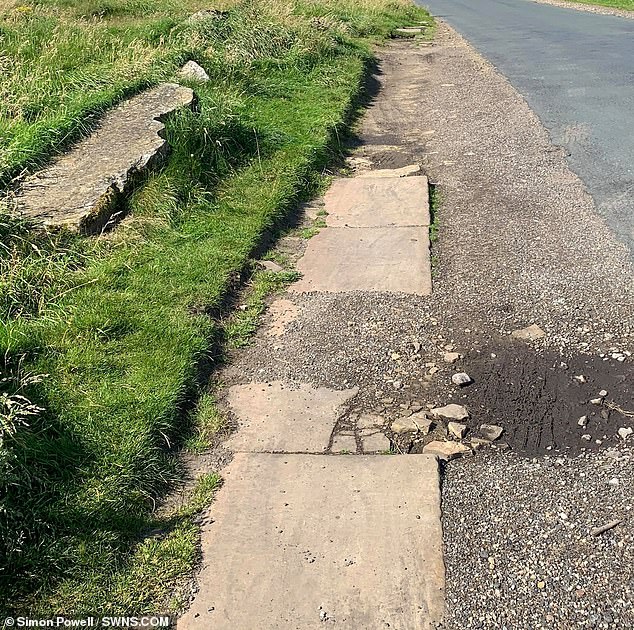 The thieves don’t just target walls though, drives and pavements have been torn up so the stone slabs can be taken away and sold on 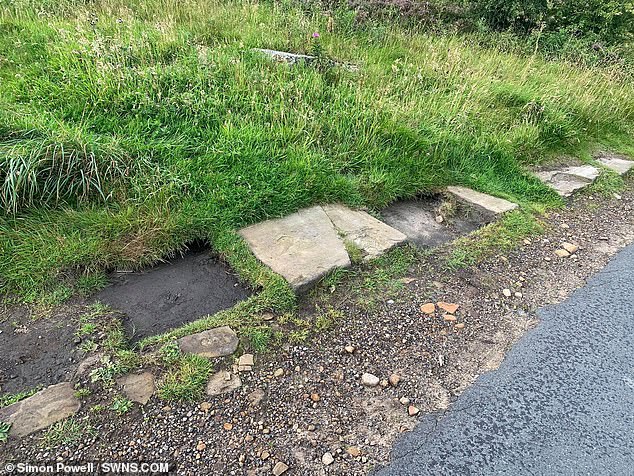 Train driver Simon Powell, 44, says he has seen an increase in the amount of thefts taking place since lockdown began in March

‘The cost of replacing them is not cheap, you’re looking at a £100 per square metre just for labour in some cases.’

In 2015 Leeds city council had to replace £50,000 of York stone stolen from pavements in the city forcing West Yorkshire Police to launch a campaign to combat the thefts.

The theft of York stone is not limited to rural areas though as residents of Burnley, Bolton and Manchester have all reported thieves digging up paving slabs and making off with the valuable stone.

In March, two men were arrested by Greater Manchester Police on suspicion of theft after police discovered £10,000 worth of stolen York stone flags in Middleton.

One of their victims was a 90-year-old man whose garden path was prised up and carted off.

In July, West Yorkshire Police arrested two men and a seized a van after they were spotted loading Yorkshire stone paving slabs into the back of the vehicle.

To help combat the increase in thefts of York stone, Simon said that the sale of the expensive stone should be more heavily regulated.

He said: ‘We have heard from people in the village that two or three men at a time just park up in a white van, put a high visibility vest on and dig them up in broad daylight

‘I get quite cross about, there should be more regulation to stop people selling it on.

‘Nobody stops to question them as they just look like council workers or whatever. 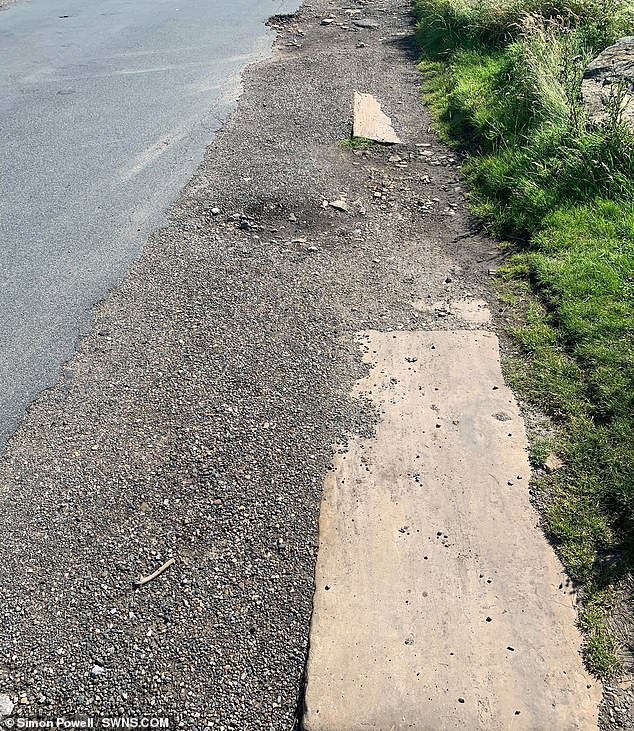 The theft of York stone is not limited to rural areas though as residents of Burnley, Bolton and Manchester have all reported thieves digging up paving slabs and making off with the valuable stone

‘They did it with scrap metal, they put things in place like stop dealing in cash and everyone has to fill in paperwork to stop people cashing in on stolen led.

‘They should introduce something like that so that you can trace stone back to people.’

The stone thieves also target houses with three houses in Bolton having paving slabs taken in one night.

Kirsty Phillips woke up to discover four York Stones had been taken from her back garden, while her neighbour had six stolen.

She said: ‘The York Stone flags were built with the house in 1845 and you cannot replace them. It is upsetting as they are from an era that has been and gone.

‘Who in the right mind thinks ‘tonight we will steal paving stones’?’

The unit said: ‘Please keep your eyes open for any suspicious commercial vehicles, any that look overloaded and report any offers of cheap stone – if it’s too good to be true, it’s possible it’s stolen.

‘Get as much information as you can, when, where, what time, any vehicle registration numbers, make, colour of vehicle.’