COVID vaccination centres in Essex and Suffolk have been forced to close as the Beast from the East bites.

Widespread snowfall in the south-eastern regions of the UK this weekend has made it impossible to open some vital jab sites. 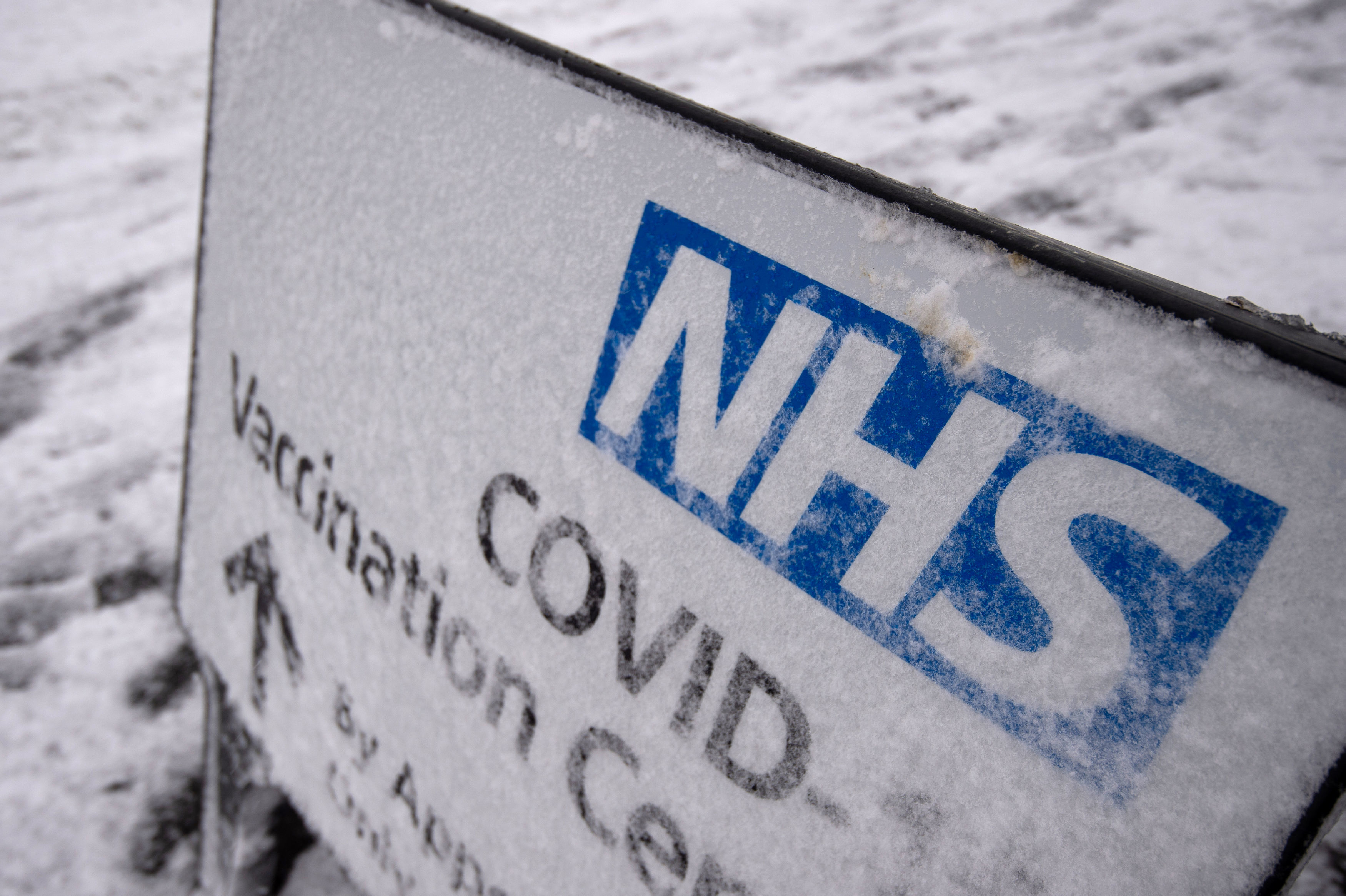 And even more heavy snow is forecast for England, with severe weather warnings in force from the Met Office due to Storm Darcy.

Four sites run by NHS Essex Partnership University have been closed to those with vaccine appointments on February 8.

The NHS said those with appointments will be able to re-book using the NHS national booking website or by calling 119.

Suffolk GP Federation has also warned those scheduled to be jabbed on February 8 at five vaccination centres to not turn up.

The sites at Trinity Park in Ipswich, Woodbridge Community Hall, Debenham Community Centre and The Mix in Stowmarket are not running today.

It comes after the sites closed early on Sunday due to snowy conditions.

The Federation reassured it had 10,454 free appointment slots between Tuesday and Sunday (14th February). 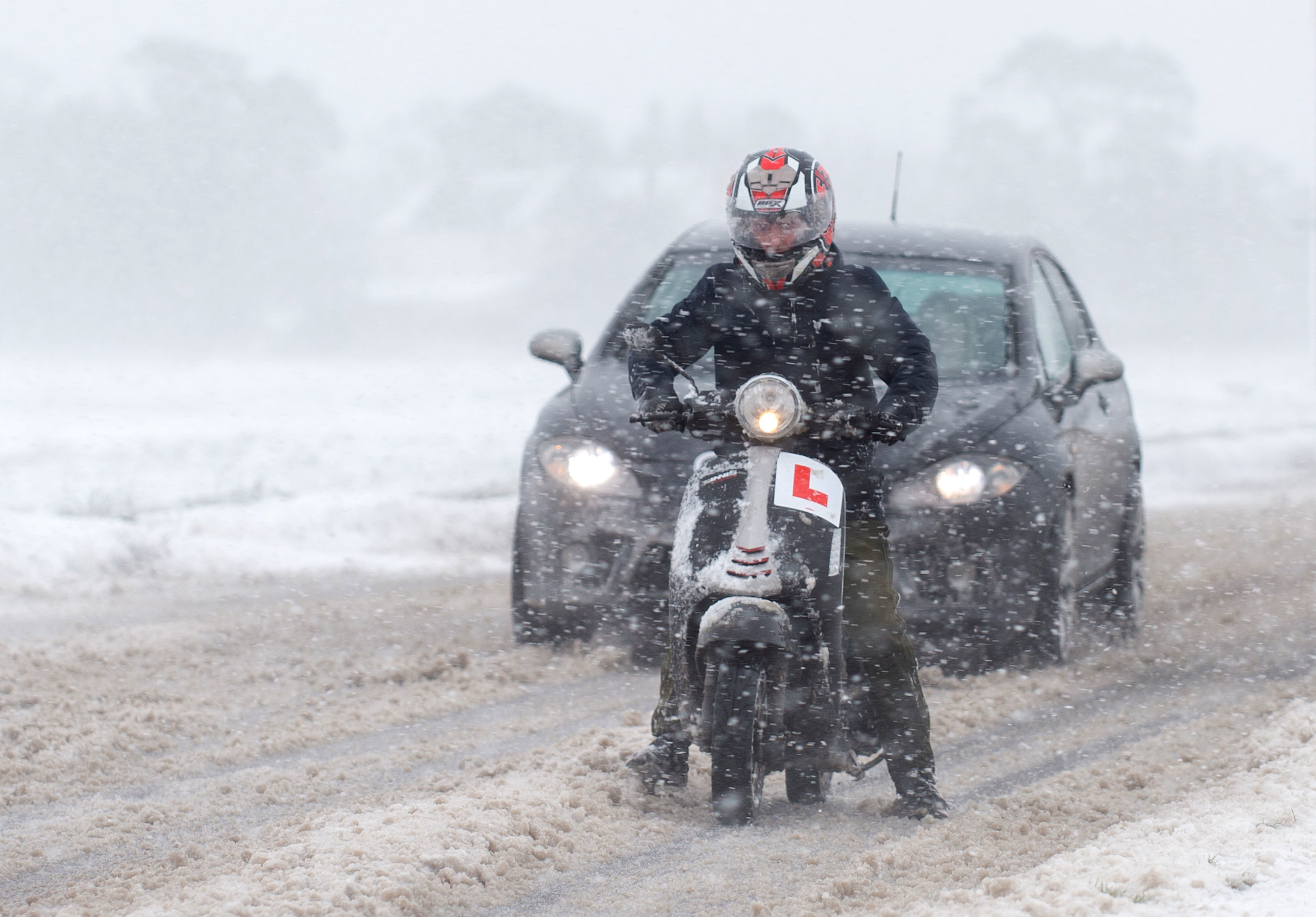 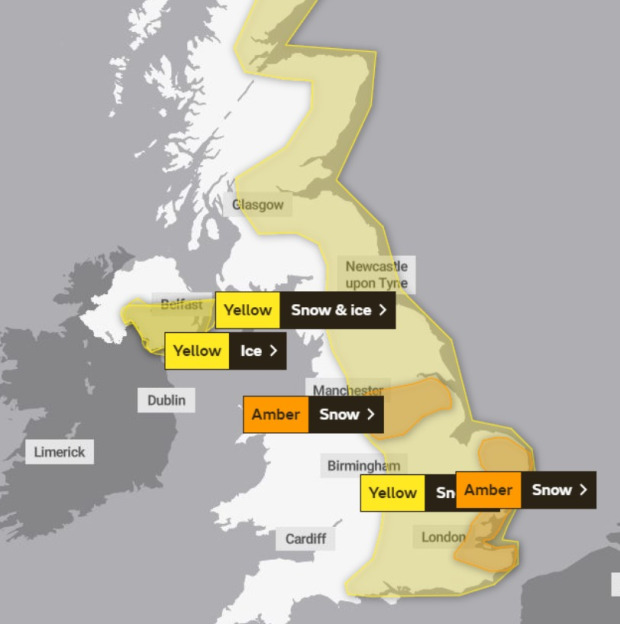 Monday is set to be another bitterly cold day with some places struggling to get much above freezing, the Met Office said.

An amber warning for snow is in place until midday on Monday across the east and south-east, and less severe yellow warnings for large parts of the UK.

Places affected by the amber warning and expected to be hit by Darcy include Norfolk, Suffolk, Essex and Kent.

The forecasters have warned of "significant disruptive snowfall" and gale-force winds in the south-east of England, with up to 12 inches of snow possible in the Downs of Kent and the North Downs.

It comes after widespread snowfall in eastern regions at the weekend, with 5.5 inches of snow recorded at Manston, Kent, on Sunday evening.

Despite the weather warnings, dozens of other vaccination centres are ploughing on to keep jabbing people’s arms.

On Saturday, 549,078 first doses and 1,390 second doses were administered across the UK, according to the latest update from the Government coronavirus dashboard.

The seven-day rolling average of first doses given in the UK is now 433,8571.
But it's possible the snow storm will slow the speed of the rollout. 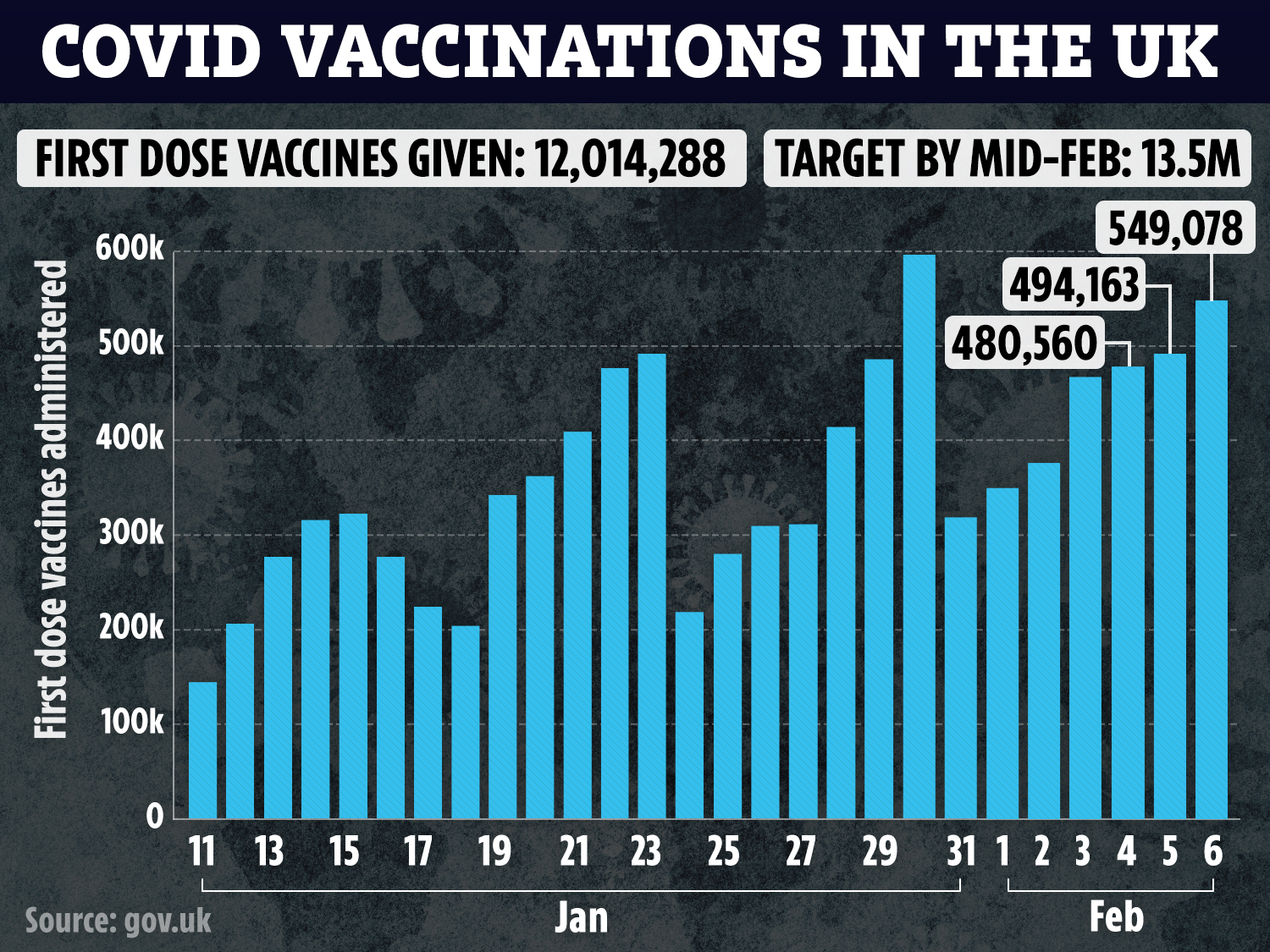 Government data up to February 6 shows 12,014,288 first doses of the Pfizer and AstraZeneca/Oxford vaccines have been given so far.

Based on the latest figures, an average of 373,214 first doses of vaccine would be needed each day in order to meet the Government’s target of 15 million first doses by February 15.

After the top four priority groups have been given the first of their two injections, Prime Minister Boris Johnson will reveal plans for jabbing the rest of the population.