Weekly Covid deaths have risen slightly in England but the virus is still only responsible for 130 total fatalities, official data shows.

An Office for National Statistics (ONS) report published today found that 74 people died directly from the disease in the week ending June 18, which was up 12 per cent on the week before.

Wales recorded no deaths from the virus in that week, for the first time since the pandemic began.

The data also shows that, across both England and Wales, flu and pneumonia are killing three-and-a-half times as many people as Covid.

In England, 102 people who died in the week up to June 18 had Covid mentioned on their death certificate, up from 84 one week early. But only 74 of the 102 deaths were caused directly by the virus, with the others dying from other causes. 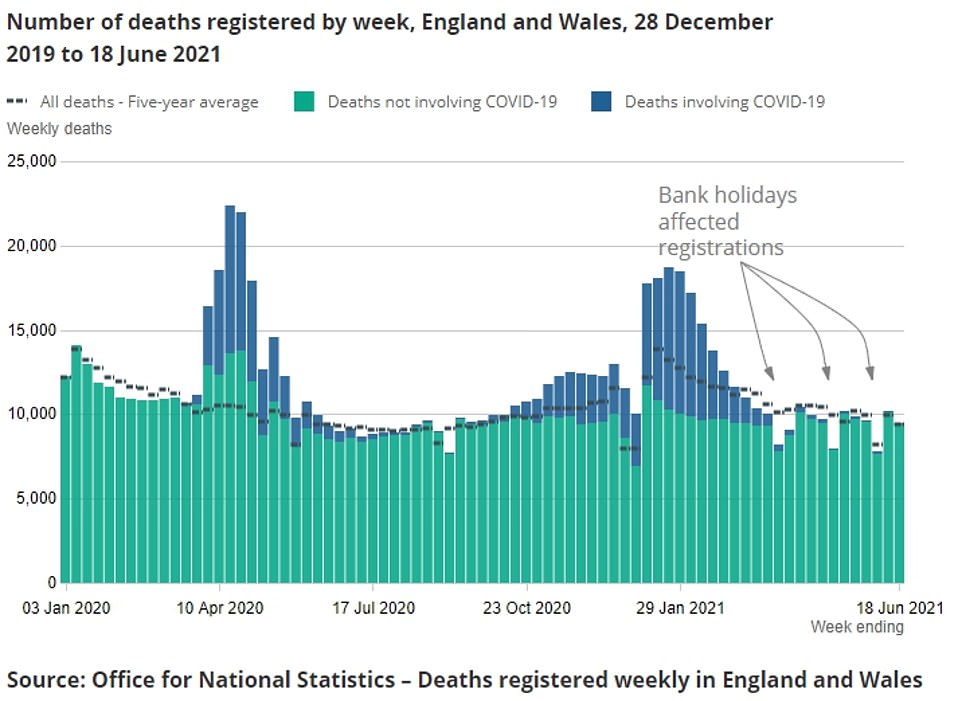 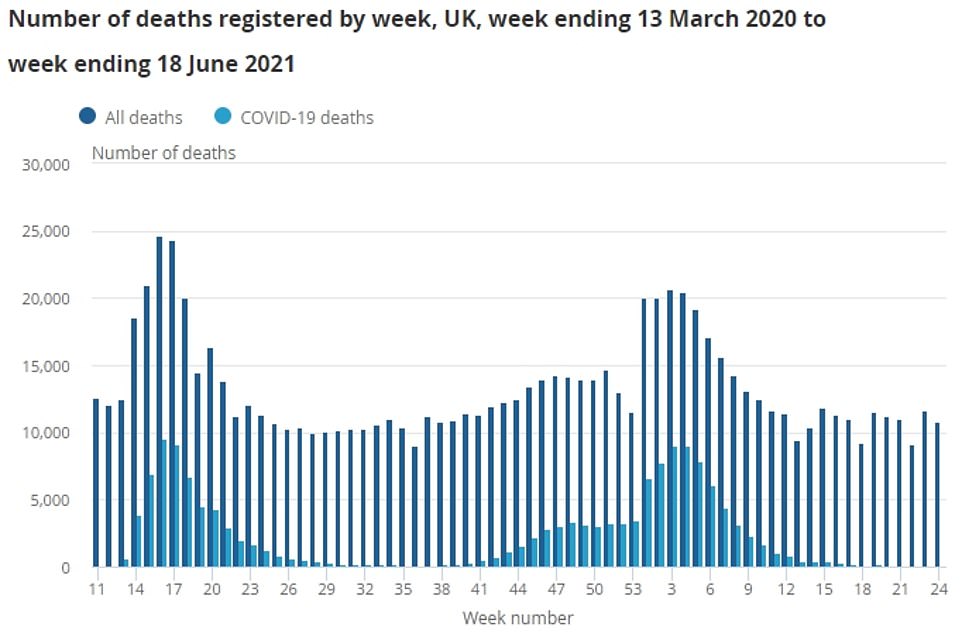 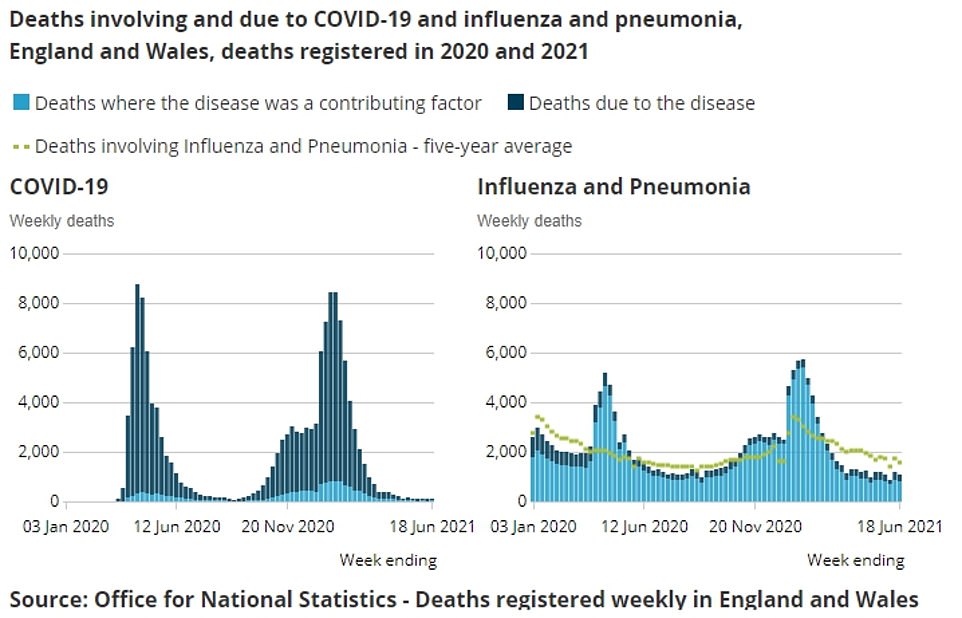 Weekly registrations of deaths involving Covid-19 in Wales have dropped to zero for the first time since the pandemic began, new figures show.

Here, the number of registered deaths involving Covid-19 stood at 102 in the week to June 18, up from 84 the previous week.

It is the first time the total for England has been above 100 since the week to May 14, when registrations were affected by delays caused by the bank holiday on Monday May 3.

This is still a very low level compared with the peak of the first and second waves of the virus, however.

The total number of deaths registered in England in the week to June 18 was 8,874 – 0.8% above the average for non-pandemic years.

Some 21 care home resident deaths involving Covid-19 in England were registered in the week to June 18, up from 14 in the previous week.

This means 42,546 care home residents in England and Wales have now had Covid-19 recorded on their death certificate.

The ONS figures cover deaths of care home residents in all settings, not just in care homes.