‘We’re risking our lives’: Delivery driver begs Brits stop ordering non-essential ‘tat’ online during coronavirus lockdown – as she shares picture of huge pile of packages from ASOS, Next and Zara

A courier has begged Brits to stop ordering ‘tat’ online during the coronavirus crisis, after claiming she is having to deliver more non-essential parcels than ever before.

The self-employed delivery driver, 40, recently shared an image of a pile of 120 packages she was required to take to a single housing estate in Bury, Greater Manchester.

The packaging of online clothing retailers like ASOS, Next, Zara and Pretty Little Thing was clearly visible in the photos and the mother, who asked not to be named, said when she returned to the depot elsewhere in the region the next day, her load was similarly high. 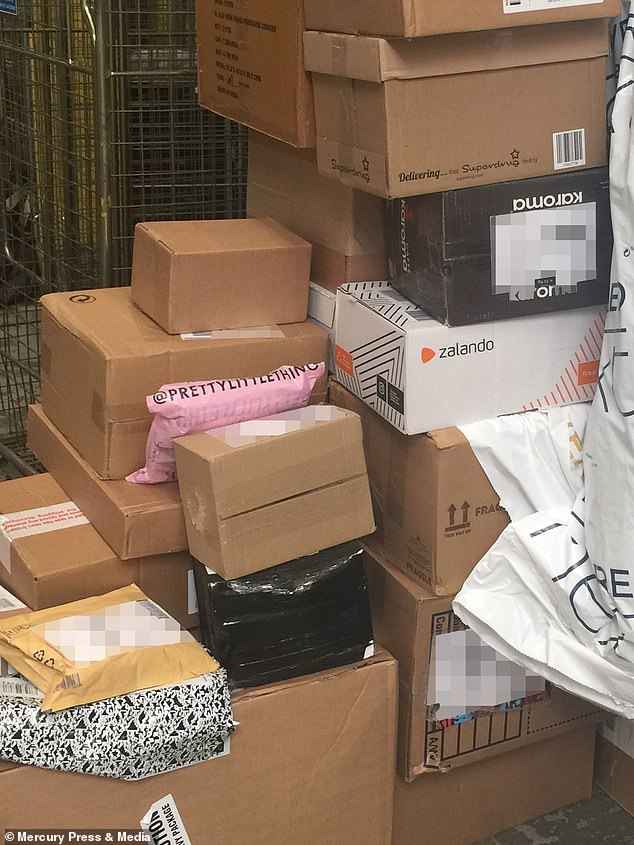 The self-employed delivery driver, 40, recently shared an image of a pile of 120 packages, pictured, she was required to take to a single housing estate in Bury, Greater Manchester

She claims this is far more parcels than she was delivering on a standard day before the Covid-19 lockdown and has slammed people using their time at home to go on web spending sprees.

The Mancunian, who has been granted key worker status due to her role, said: ‘Please stop ordering non-essential tat.

‘While you keep ordering online, workers in warehouses are risking their lives having to keep picking and packing it, and us couriers have to keep putting ourselves at risk collecting from crowded depots to deliver it.

‘My load on Friday [March 27] was 120 just for a small estate in Prestwich. There was another 104 waiting for me the next morning – all non-essential.

‘We understand we are key workers, and we are happy to do our job and risk our lives and the lives of others to deliver essential key items for people to survive during the lockdown.

‘I’ve delivered Superdrug packages which I’m sure are full of handwash, and educational items from places like The Works – all that is totally fair enough. 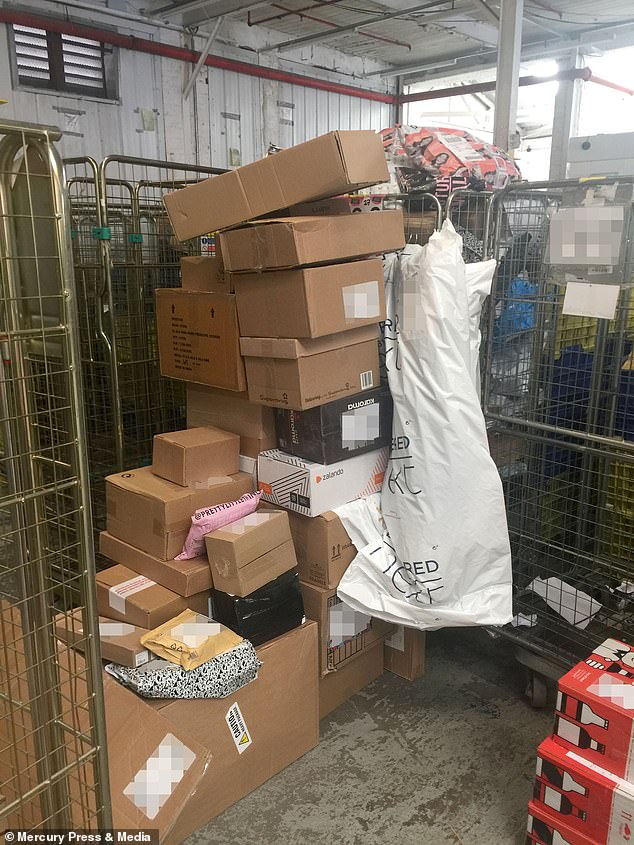 ‘But when people are ordering clothes online, that is madness. I don’t understand where they’re going in this stuff anyway at the moment?

‘120 parcels in a day is much higher than the average number I was delivering pre-coronavirus.

While thousands of shops, pubs, restaurants and other venues were ordered to shut last week, online businesses have not been told to cease trading.

Government guidance published on March 23, after the widespread closures were announced, stated: ‘Online retail is still open and encouraged and postal and delivery service will run as normal.’

Many firms have taken advantage of this and remained open but some retailers, such as high street giant Next, has shut its online stores after staff raised concerns.

‘The worst thing is, I have to go back to the same homes three days later to pick up the items when people decide they want to return them anyway.

‘Shoppers are not thinking about the impact they are having.’

After the Prime Minister announced the closure of thousands of shops and venues on March 23, government guidance stated: ‘Online retail is still open and encouraged and postal and delivery service will run as normal.’

However, some retailers, such as Next, have shut their online stores, with the high street giant admitting workers raised concerns at being asked to come into shops and warehouses to pick up goods.

Some of the other brands visible on parcels the woman has delivered since the lockdown began include Boohoo, Lakeland, Mango, H&M, Matalan and Sports Direct.

While she does not blame her employer for providing the deliveries they are contracted to carry out, she has urged members of the public to think about how necessary their shopping really is.

The courier added: ‘The couriers are getting more and more scared. 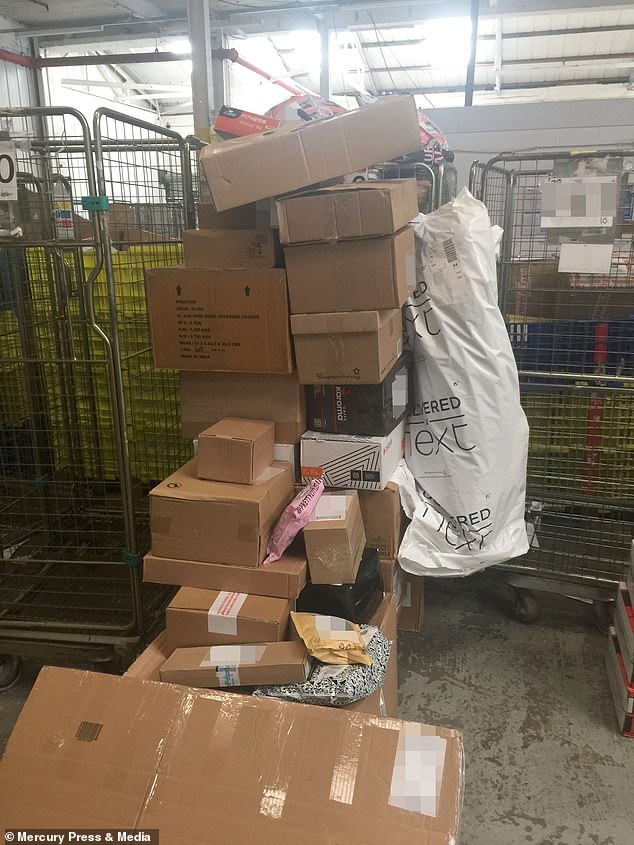 The mother, 40, says the pile of parcels, pictured, was significantly bigger than what she was used to

‘We want to remain in employment and do our bit to help, but we don’t want to risk ourselves unnecessarily.

‘We get paid per parcel, but at the moment I would rather come in and find 10 parcels which are clearly all essential, than 120 which aren’t.

‘If you continue to buy things you don’t need, you are forcing people to risk their lives in packed warehouses packing the items too.

‘The high street shops have shut, so why are online clothes retailers still able to sell?

‘If it was a small business struggling to survive, I could understand more but these are big multi-million pound companies. It just seems crazy.’