Largest wholesale food market in the world is transformed into a coronavirus morgue in Paris – while still selling meat, fish and vegetables

The largest wholesale food market in the world has opened as a morgue for people who have died from coronavirus – while still selling meat, fish and vegetables.

France’s giant Rungis International, which is based in the southern suburbs of Paris, is providing a refrigerated hall for up to 1,000 coffins.

‘This is necessary because undertakers cannot cope with the massive death toll – more space is urgently needed,’ said a police source in the city. 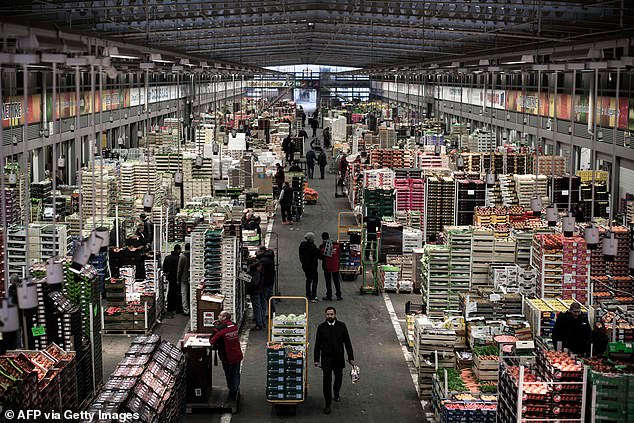 The Rungis market, in Paris, now houses a makeshift morgue for some of the city’s coronavirus victims after a sudden spike in deaths mean space ran out (file image) 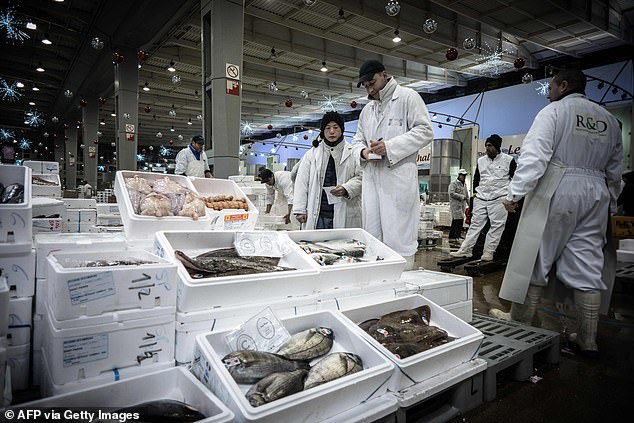 The first bodies will arrive on Friday while the rest of the market remains open for business, as ministers insist the morgue has been completely isolated from the other pavilions (file)

‘Coffins will start arriving at Rungis on Friday, and on Monday families and friends will be allowed to visit under strict conditions to pay their respects.’

Paris police chief Didier Lallement had authorised the move, saying ‘Paris is the region of France most affected by coronavirus’ and adding that the crisis is ‘expected to continue for weeks’.

The makeshift mortuary is located on the edge of the market and ‘isolated from the other pavilions,’ the police chief told French news agency AFP.

The coffins will eventually be moved from the market hall to cemeteries or crematoria around France or abroad.

The market, which normally employs up to 15,000 people and is on a 575 acre site, will meanwhile continue to sell food.

The coronavirus death death toll surged to just under 5,400 people on Thursday after the government began including nursing home fatalities in its data. 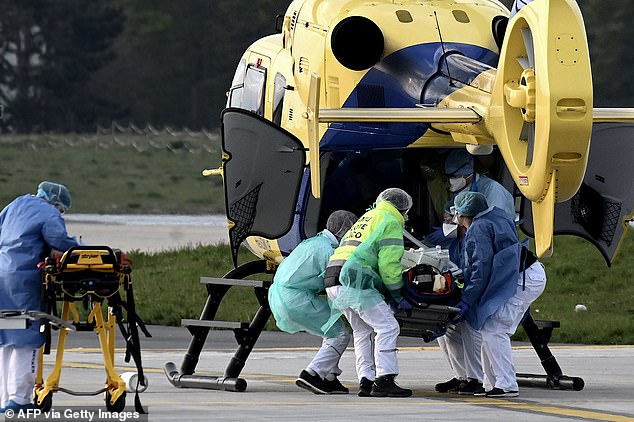 France has confirmed 59,105 cases of coronavirus and 5,387 deaths from the disease as the curve of infection peaks, leaving medical services overwhelmed (pictured, a patient is evacuated from Paris to another hospital with fewer cases) 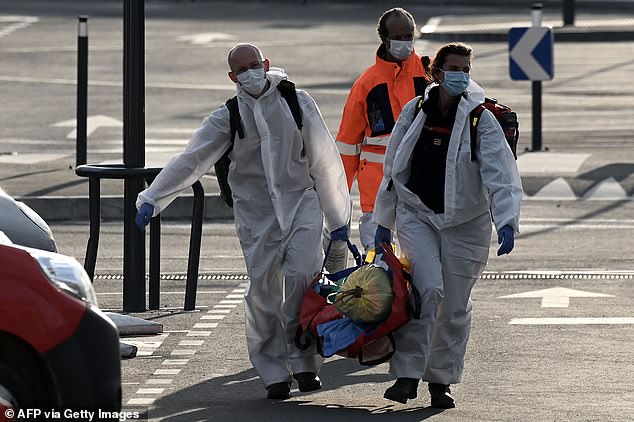 The pandemic had claimed the lives of 4,503 patients in hospitals, said Jerome Salomon, head of France’s health authority.

More grim figures showed Covid-19 had killed a further 884 people in nursing homes and other care facilities, he added.

This makes for a total of 5,387 lives lost to coronavirus in France – an increase of 1,355 over Wednesday’s cumulative total.

Mr Salomon said: ‘We are in France confronting an exceptional epidemic with an unprecedented impact on public health.’

The country’s broad lockdown is likely to be extended beyond April 15, Prime Minister Edouard Philippe said, extending a confinement order to try and deal with the crisis that began on March 17.

The country is to introduce smart phone barcodes to help enforce its Coronavirus lockdown – making it easier to track people and fine them.

The move – which was announced by Interior Minister Christophe Castaner on Thursday night – comes as more than £50m has already been paid out by those caught without the right documentation.