A COVID-19 epicenter nurse has turned whistleblower with a bombshell book, and claims "fraud, negligence, and greed" led to unnecessary deaths, The Sun can reveal.

Erin Olszewski is calling for a federal investigation into the care at Elmhurst Hospital in New York City during the pandemic, once known as the 'epicenter of the epicenter,' which she says "made Iraqi emergency rooms look like the lobby of the Ritz-Carlton." 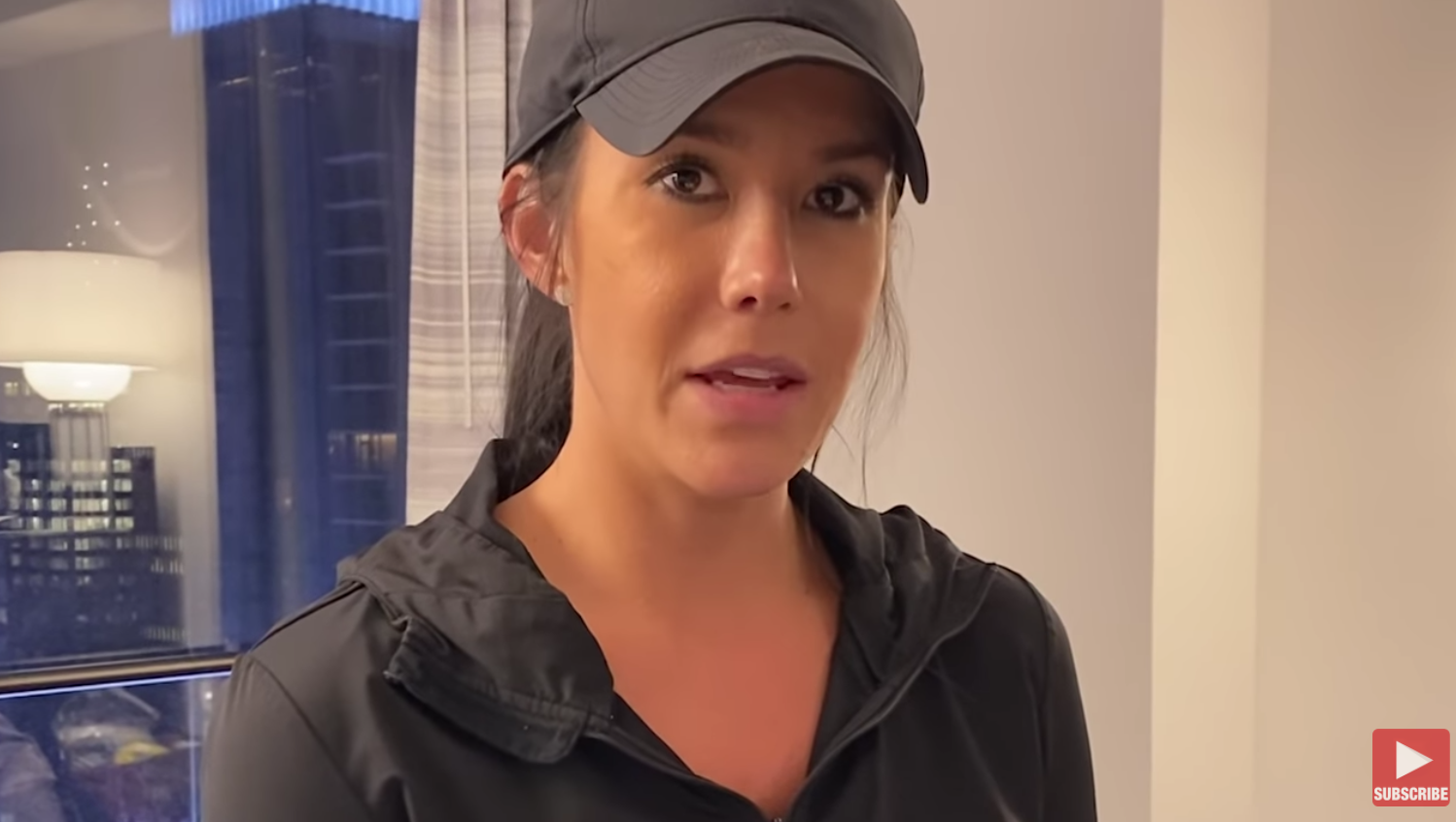 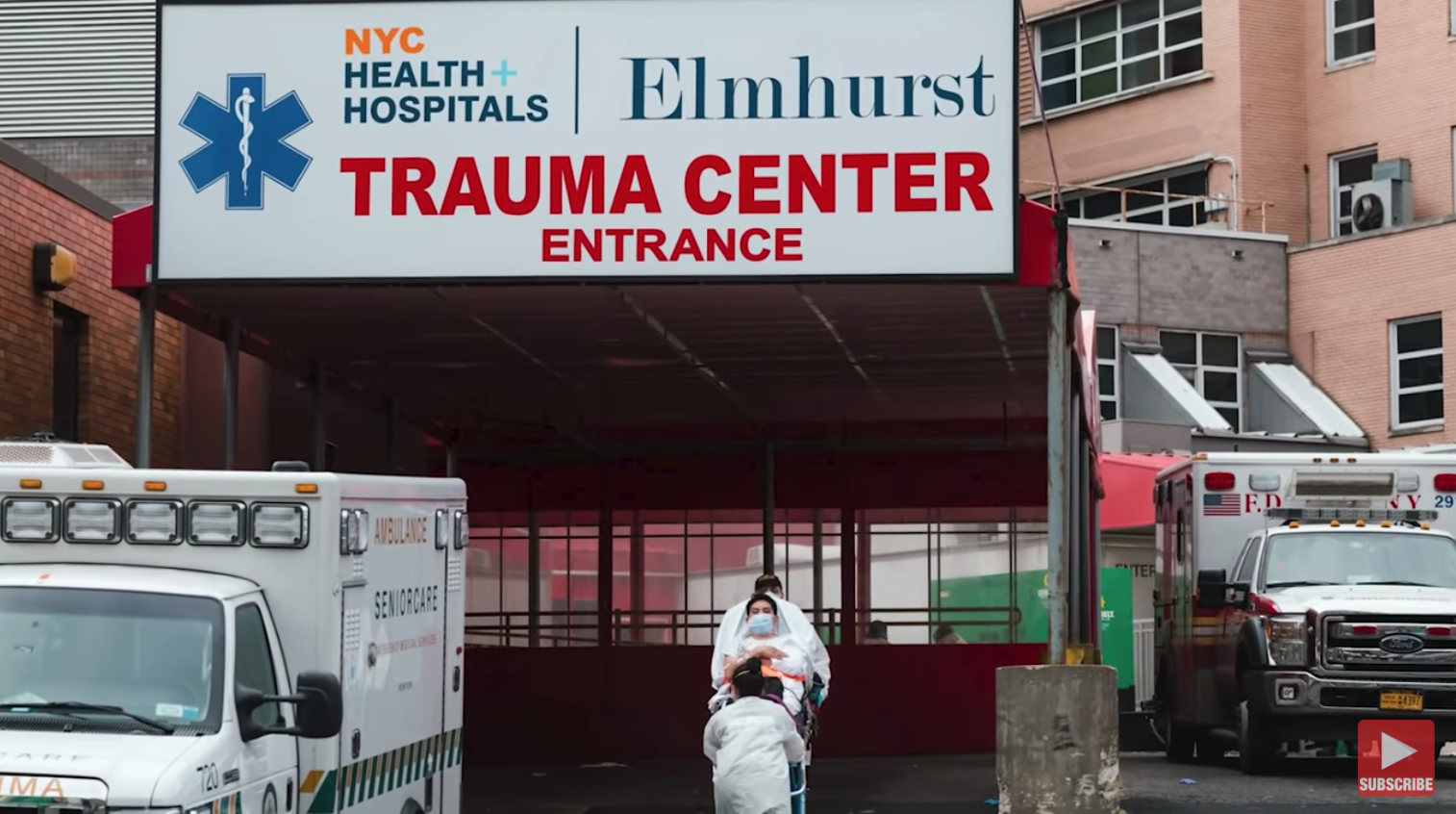 However, other medical providers have challenged the veracity of her accounts.

In an exclusive interview with The Sun about her upcoming book, Undercover Epicenter Nurse, Erin, an Army veteran, revealed she left her family life in Florida and flew into the "heart of the storm."

She worked 12-hour days for almost a month treating coronavirus patients at the hospital from April to May.

Just days into her role she was stunned by what she saw, so she decided to start gathering evidence.

"There was such mismanagement, and we knew it," she alleged.

"A lot of nurses and doctors, half of them looked away because the pay checks were good, and the other half were scared to say anything.

"And if you did say anything, you ended up in my situation. I was fired for advocating for my patients. 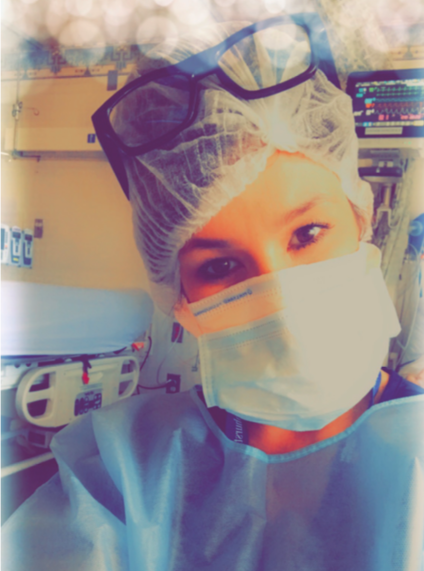 "I would like to see a federal investigation into Elmhurst Hospital, and nationwide, especially in the hardest hit areas, you don't see any private hospital getting hit hard, why is that?"

Writing in her book, Erin claimed: "Some of it was basic negligence: clean-up crews skipping certain rooms, residents wearing their PPE in the wrong way, patients getting pumped full of the wrong medication.

"A lot of it, though, was straight-up malpractice. I saw patients test negative for COVID-19, only to be shuttled off to an all-COVID floor where they were sure to contract the illness."

But another doctor at the hospital challenged Erin's account. 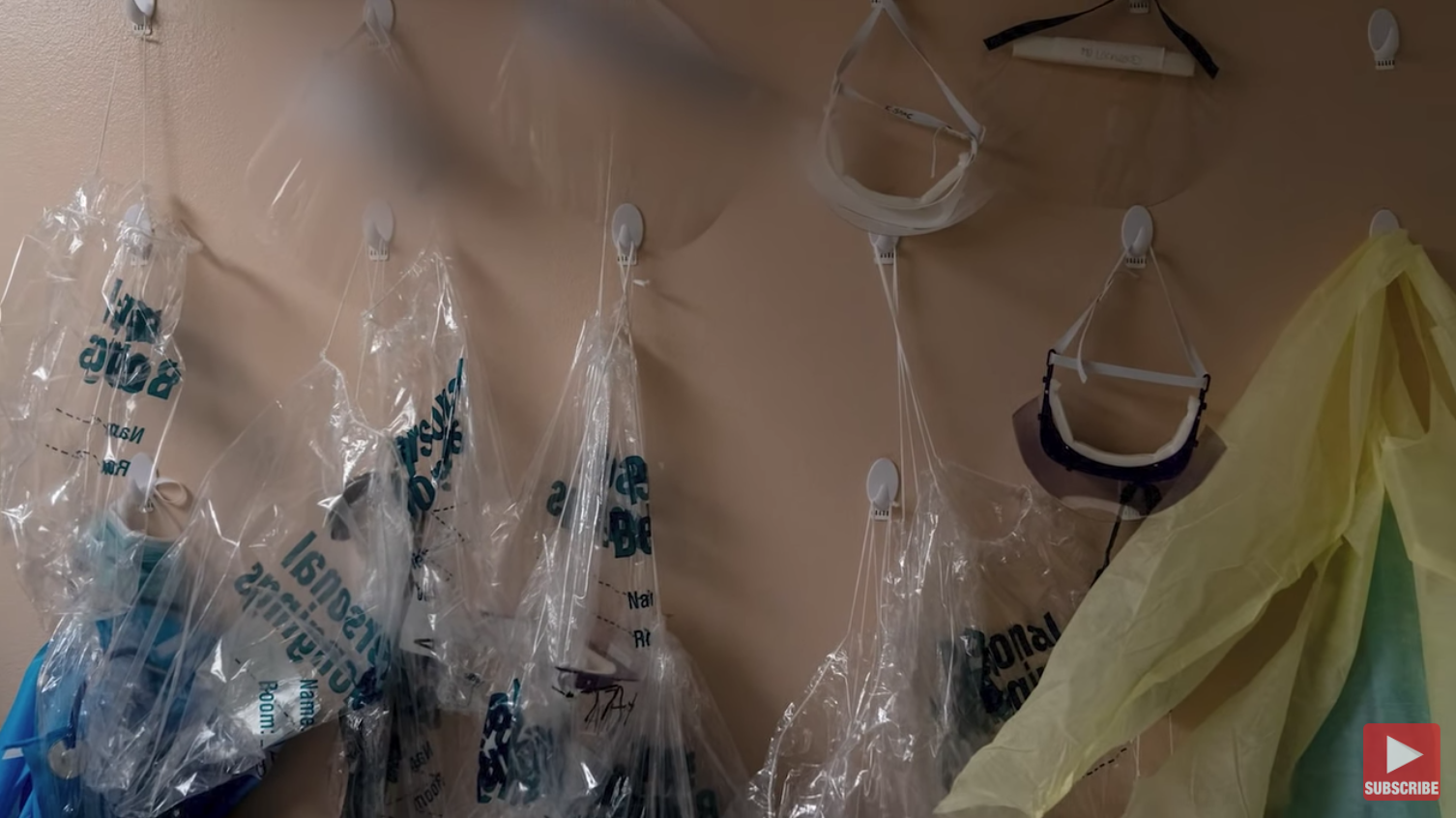 The physician stated: “While it is true that some patients tested negative, those patients all had horrendously deranged inflammatory markers (with distributive shock on pressure) and chest x-rays clearly demonstrating lung injury.

"In this case the responsible thing to do is to assume COVID positive and give the available treatment.”

"I saw residents write off a 37-year-old man as 'Do Not Resuscitate,' when his family had explicitly told us to try to save him at all costs," Erin alleged.

She claimed: "One of my favorite patients died twenty minutes after I left the room, when a medical student botched a simple procedure. 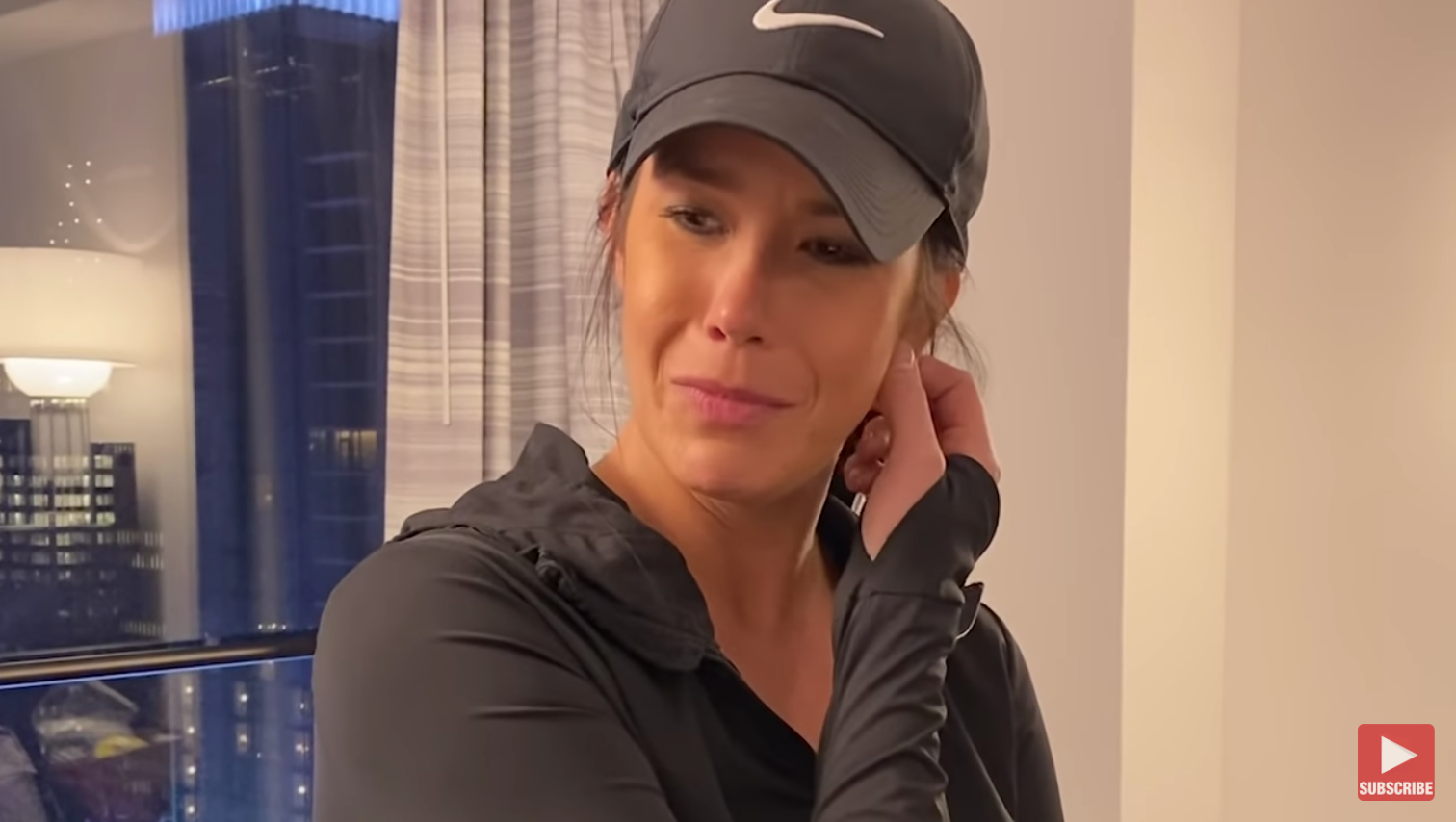 "Just as chilling were the careless physicians who wrote patients offbecause they were 'going to die anyway'.”

Erin told The Sun she was left "upset and angry" because she felt she couldn't help her patients any more.

She also alleged the hospital was receiving millions of dollars through FEMA grants to quickly hire nurses, but many were put up for days at a four star hotel in Times Square.

"I sat around for three days with nothing to do, despite them saying I had two days to get there," Erin said.

"And there were nurses there before me that were there 18 days. 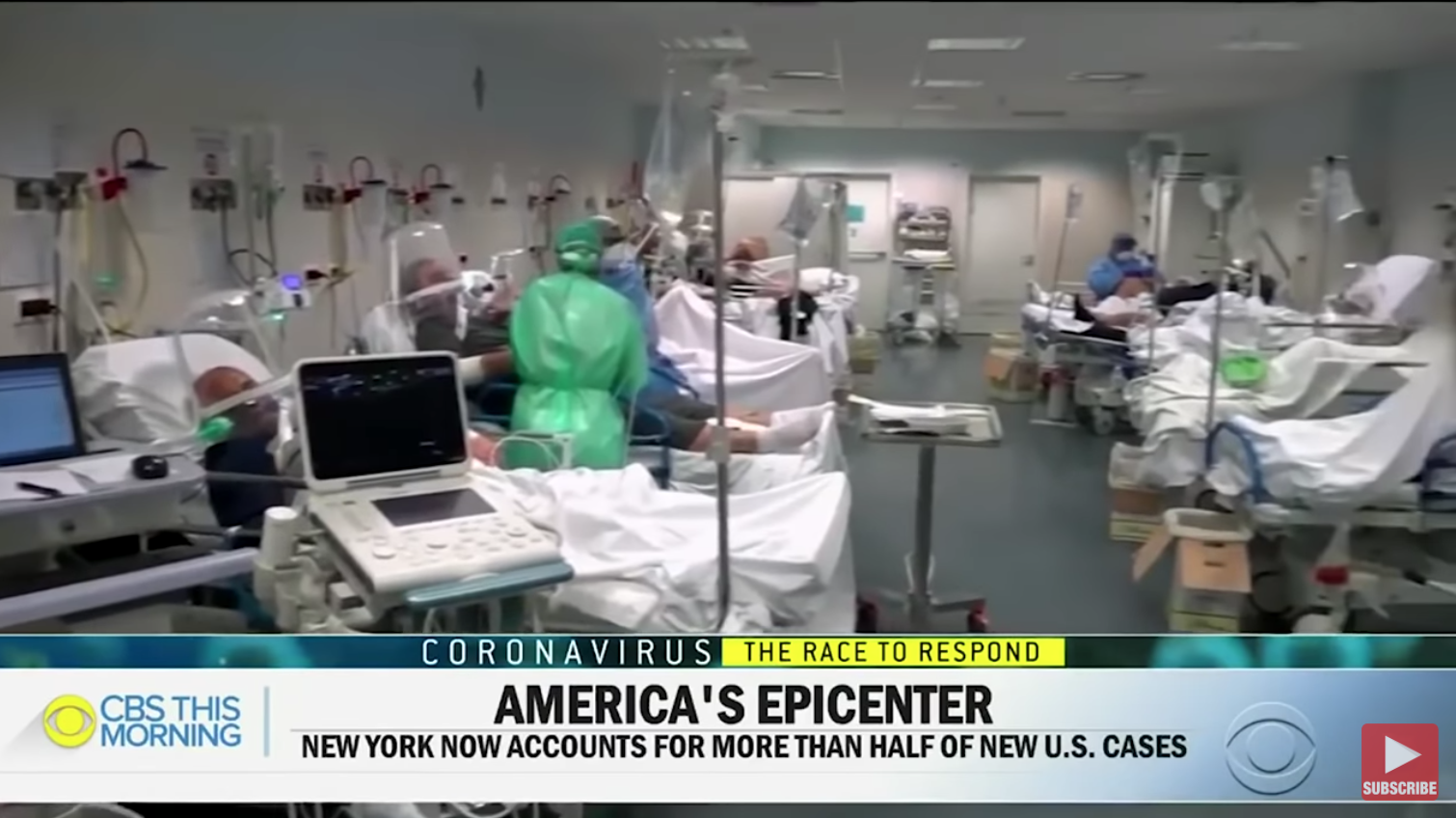 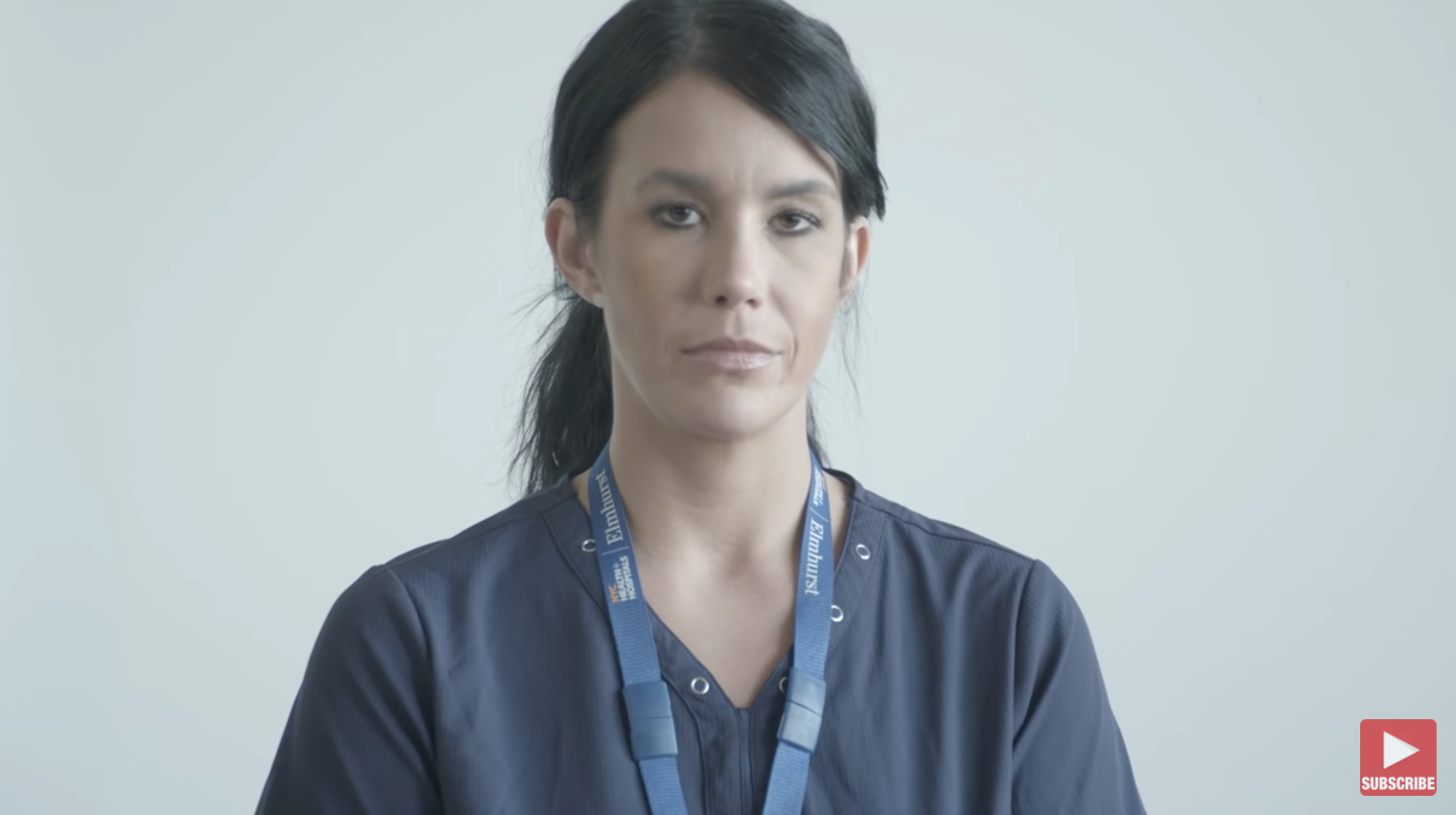 "In order to utilize that money, you know, they have to essentially kind of create this pandemic."

Doctors have refuted her claims, after a YouTube video produced by Journeyman Pictures showing her findings was released, claiming she is a "conspiracy theorist" who is telling the story for hits, which she strongly denies, saying she hasn't taken a paycheck since she left the hospital.

Health workers like Turntable Health founder Dr Zubin Damania have slammed Erin, calling her a "con artist," with others at the hospital following suit after contacting him.

A physician fellow at Elmhurst, who wished to remain anonymous, wrote to Damania, saying: “As someone who worked in those units and know the individuals and patients she referenced I can say without question that she spoke from a place of ignorance. 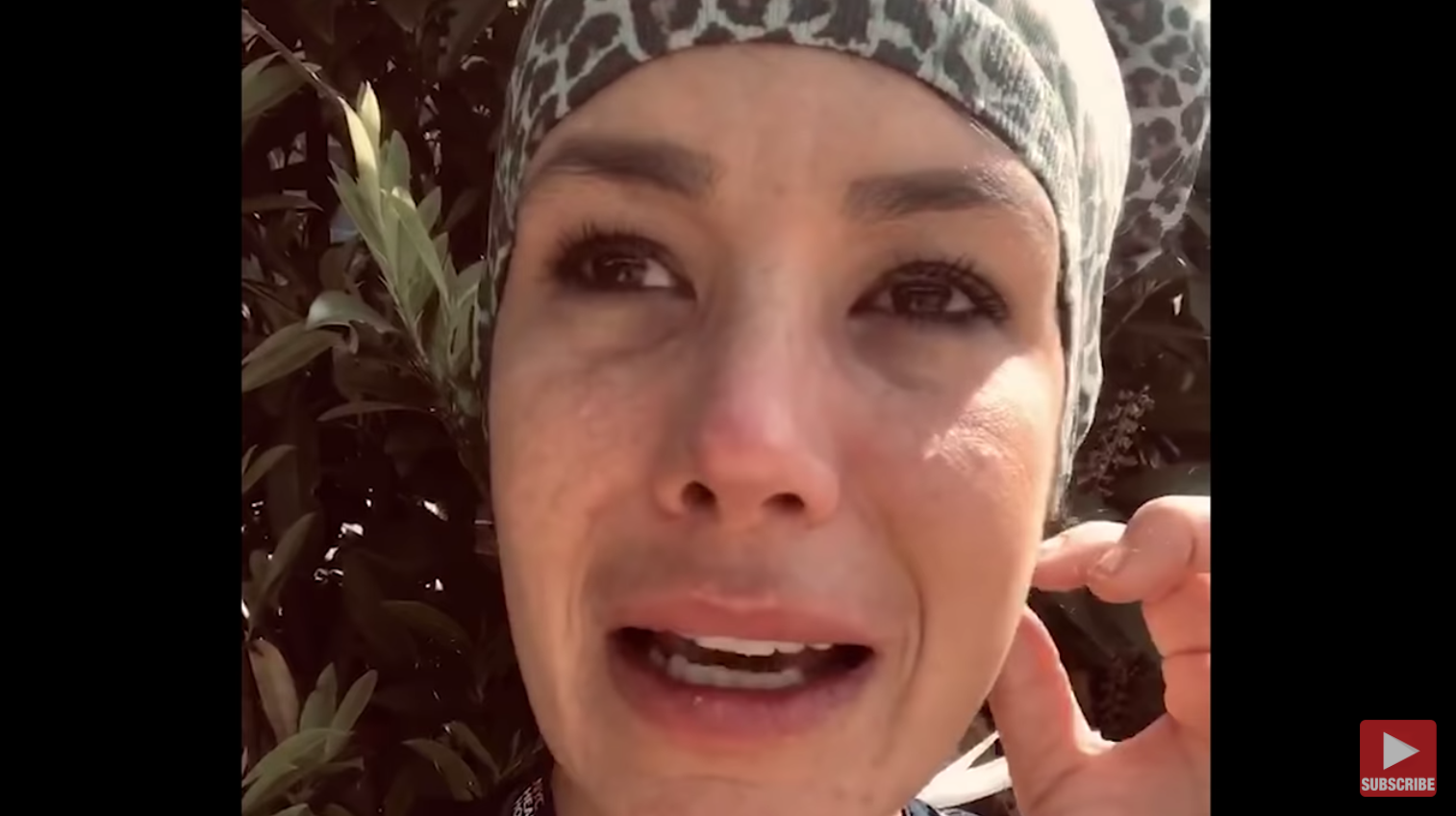 "That she would use lazy and faulty conclusions based on superficial observations to assign motives to and assassinate the character of people who worked tirelessly is unconscionable.”

"But is this the way that you speak out… through straight slander of good people who are behaving heroically in a time of need, who are volunteering… no. And we won't stand for it."

Erin is adamant she is telling the truth, and also wrote about fraud claims at Elmhurst in her book, alleging: "Hospitals bill insurers like Medicare and Medicaid based on codes for procedures.

"Sometimes, they put down codes that are exaggerations or outright lies in order to get more money. That’s called 'up-coding,' and that’s fraud. 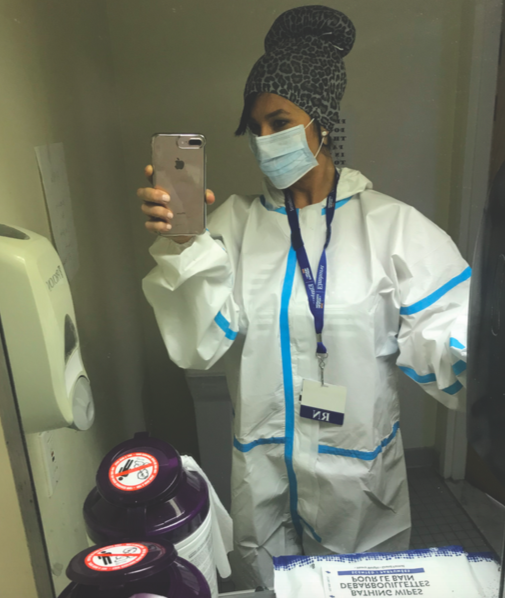 "Putting someone on a ventilator when they don’t need it isn’t just gross negligence; it’s also up-coding."

Erin says the purpose of her book is to prevent history from repeating itself, especially if there is a second wave of COVID-19, saying medical staff need to be putting people first before profit.

"This is a humanitarian issue, and people, especially our Government and the administration of these hospitals really lost that aspect of why we're in this profession in the first place and that's to save lives and to help people.

"To the best of our ability, we have to work with the highest ethics and integrity. There are still a lot of questions to be answered," she added.

Elmhurst Hospital did not respond to a request for comment from The Sun.

Related posts:
Candace Owens Shades LeBron James as She Defends Police Over Jacob Blake Shooting
Ollie Pope out for up to four months after dislocating shoulder against Pakistan
Popular News
Scunthorpe 3 Grimsby 0: Eisa and Loft claim derby bragging rights as Iron move five points clear of rivals and drop zone
23/01/2021
Man Utd wonderkid Ramon Calliste, called ‘the next Giggs’, now owns luxury watch business and makes £5m a year – The Sun
26/03/2020
Megan Thee Stallion Addresses Criticism Over Twerking: ‘I Love to Shake My A**’
26/03/2020
Police guard shops to stop coronavirus panic-buyers and enforce social distancing – The Sun
26/03/2020
Coronavirus: Good Morning Britain’s Dr Hilary reveals ‘game-changing’ self-testing kit
26/03/2020
Recent Posts
This website uses cookies to improve your user experience and to provide you with advertisements that are relevant to your interests. By continuing to browse the site you are agreeing to our use of cookies.Ok