Convicted terror cell leader to stay in jail beyond sentence

Abdul Nacer Benbrika, who was to be released from prison next week after serving 12 years for a plot to bomb Crown casino and the MCG, will spend four more weeks behind bars while the federal government argues for an extension to his jail term.

The convicted terror plotter, widely considered the godfather of Australian jihadism, was found guilty in 2008 of intentionally being the leader and a member of a terrorist organisation. 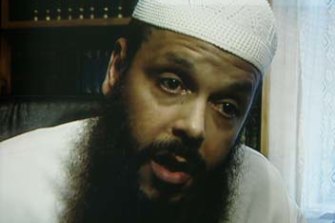 Benbrika was jailed for 15 years and, with time served since his arrest in 2005, was due to be released from Barwon Prison on November 5, but the Home Affairs Department says he still poses an unacceptable risk and is asking for a Supreme Court order to keep him in jail.

In the Supreme Court on Tuesday, Justice Andrew Tinney extended the Algerian-born cleric's sentence to December 2, with a trial for a continued detention order application to be held at the end of next month.

People convicted of terror offences can be kept in detention for up to three years after their sentence ends if a Supreme Court grants an application by the home affairs minister.

Under federal law, the jail term can be further extended at the end of that three-year period if the court is satisfied the extension is necessary.

Lawyers for Benbrika did not contest the interim order on Tuesday but reserved their right to fight the extension at the trial on November 23 and indicated they wanted to cross-examine four of the six witnesses the federal government wanted to call.

Barrister for the Home Affairs Department, Rowena Orr, QC, indicated that some elements of the case may have to be heard by the High Court, as there were constitutional issues that could arise due to the government’s bid to keep Benbrika in prison.

The parties provided Justice Tinney with a pre-trial agreed statement of facts and list of issues still in dispute, with the trial set down for between five to seven days.

Federal law enforcement have also initiated proceedings in the Federal Court to impose a strict control order, to monitor Benbrika's behaviour, in the event he is released in December.

Prison authorities stepped up monitoring of Benbrika in September 2014, when the terrorist group Islamic State ramped up its activities in Iraq and Syria, by limiting his access to religious books and phone, or computer contact with people outside jail.

During his trial in 2008 the Supreme Court heard that Benbrika's possible terror targets included Crown casino on grand prix weekend and the MCG during the AFL grand final. 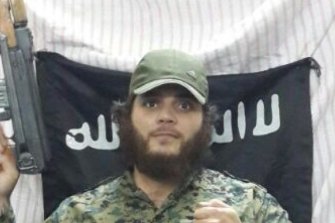 Among the members of Benbrika's terror cell, uncovered during Operation Pendennis in 2005, was Khaled Sharrouf, whose barbarity as an Islamic State enforcer led to global notoriety.

So compelling was Benbrika’s influence over devotees that authorities opted to separate members of his cell inside Victoria’s prison system, in a bid to dilute their extremism by exposing them to other inmates.

Related posts:
Emily Ratajkowski Shows Off Her Growing Baby Bump In Sexy Black Cut Out Dress – See Pics
Prince Charles set to open festival of climate action
Popular News
Watch Stan Lee's Hilarious Ode to the F-Word in Cartoon Form (Video)
26/11/2020
Man Utd wonderkid Ramon Calliste, called ‘the next Giggs’, now owns luxury watch business and makes £5m a year – The Sun
26/03/2020
Megan Thee Stallion Addresses Criticism Over Twerking: ‘I Love to Shake My A**’
26/03/2020
Police guard shops to stop coronavirus panic-buyers and enforce social distancing – The Sun
26/03/2020
Coronavirus: Good Morning Britain’s Dr Hilary reveals ‘game-changing’ self-testing kit
26/03/2020
Recent Posts
This website uses cookies to improve your user experience and to provide you with advertisements that are relevant to your interests. By continuing to browse the site you are agreeing to our use of cookies.Ok