DOHA, Qatar — Twenty-four hours before the goal that sent the U.S. to the World Cup Round of 16, Christian Pulisic called his shot.

He buzzed and limbered around the USMNT’s training pitch here in Qatar on Monday, under the lights at Al-Gharafa. And in an idle moment, he turned to U.S. defender DeAndre Yedlin.

“I can feel myself getting a goal tomorrow,” he said, according to Yedlin.

And it wasn’t just an off-hand comment. “You could tell,” Yedlin said. “He had that look in his eye yesterday, where he was really ready to put the team on his back.”

Sure enough, as promised, in the 38th minute of the terrifyingly tense game, he burst into the penalty box, hurled himself at a ball and a goalkeeper, scored the only goal of a 1-0 win over Iran, and paid a price. By night’s end, he’d been in and out of a hospital and diagnosed with a pelvic contusion, his status uncertain for Saturday’s knockout-round game against the Netherlands.

But the goal was exactly as he’d dreamed it; as he’d designed it ever since he was a kid, in his family’s side yard in Hershey, Pennsylvania, where his parents would serve in crosses; and as he’d spoken it into existence on Monday.

“When a player like that says that,” Yedlin said of Pulisic’s prophecy, “you don't say anything, and you let him do his thing.”

When asked if the shot-calling was common for Pulisic, Yedlin indicated it wasn’t. “I don't know, I'm sure he thinks it a lot,” Yedlin said. But this was different.

“I mean, you could tell, he's been ready to go since the last game,” Yedlin said. “And he's had this look in his eye, where he kinda knows he's gonna do something special.” 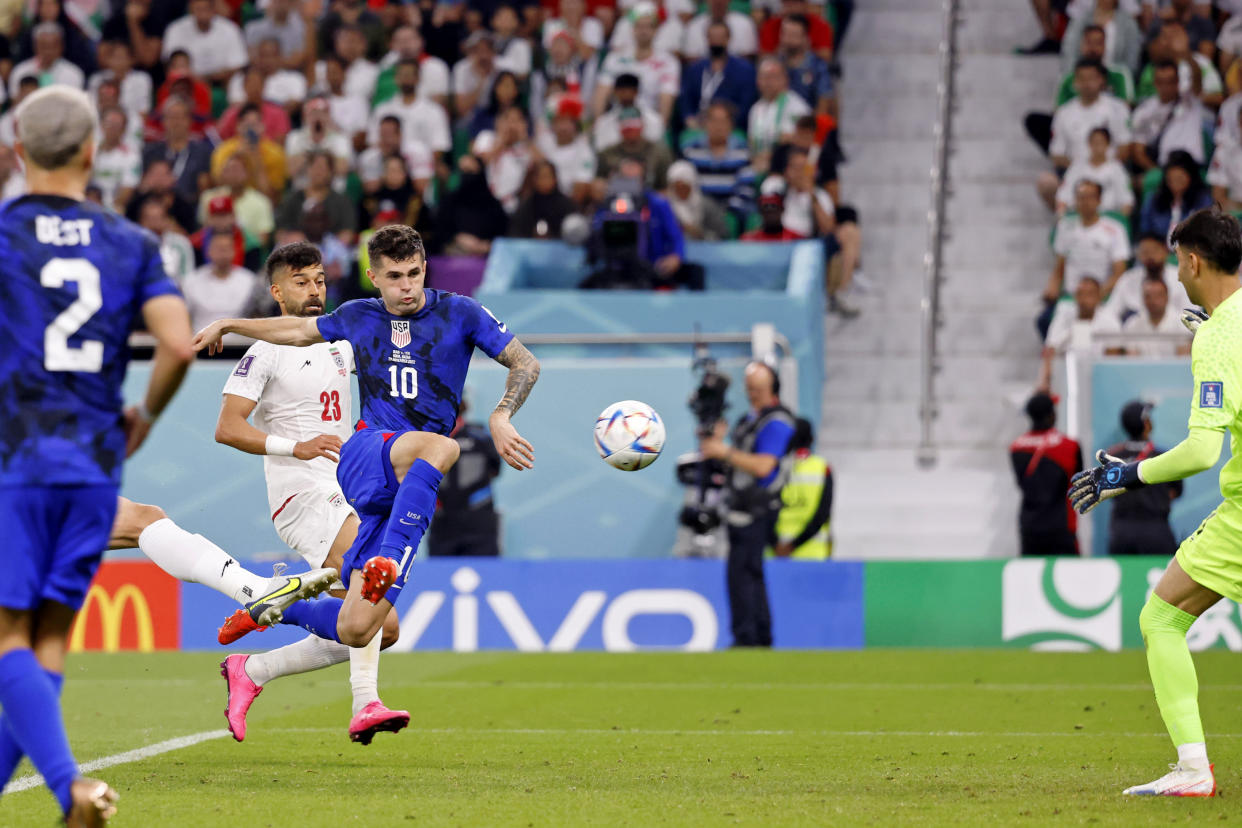 The goal was also just as the USMNT had scripted it. “We talked about it before the game,” defender Tim Ream said. “That exact, exact play was how we were gonna score.” The long diagonal from midfielder to fullback, and then the cross with an Iranian back four scrambling back toward their own goal.

“Christian was told before the game, ‘crash, crash that back post,’” Ream said. “And that's exactly what he did. Perfect, perfect setup.”

In fact, it was a pattern of play that they’ve drilled endlessly, “something that we've been talking about for a while,” USMNT coach Gregg Berhalter said. They wanted to draw Iran to one side of the field, and then exploit the other via an advancing fullback. “That was something we didn't feel we did well enough against England,” Berhalter said. On Tuesday, “the guys executed this perfectly.”

Then they held on, and then they celebrated with their wounded hero via FaceTime. Pulisic, still wearing his USMNT training top, had been transported to a nearby hospital. Once his teammates returned to their locker room at the Al Thumama Stadium, they called him up. “The connection wasn’t so good,” defender Joe Scally said, “but he was looking nice.”

Other players said he seemed “OK.” Yedlin said Pulisic “was in good spirits, obviously, and excited.”

Meanwhile, a photo circulated of Pulisic in the hospital, patient wristband and pulse oximeter and all, with his fist clenched and the caption: “So f***ing proud of my guys I’ll be ready Saturday don’t worry.”

The source of the photo is unclear, and thus, its veracity has been doubted. But Yedlin confirmed to Yahoo Sports that the photo looked real. “And that's what he was wearing,” Yedlin said.