Chris Packham has lost a High Court bid to prevent work on ancient woodlands as part of the HS2 project.

The TV presenter and environmental campaigner was seeking an emergency injunction to stop works that he claimed would cause destruction or ‘irreversible and irreparable loss’ to such sites.

Packham applied for the order as part of an attempt to bring a legal challenge over the Government’s decision in February to give the green light to HS2. 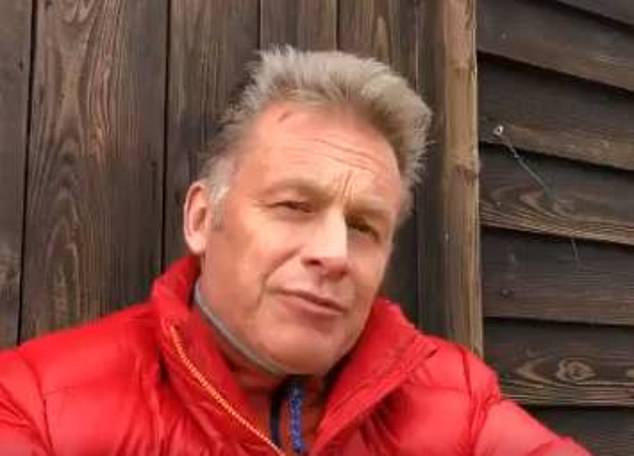 But at a High Court hearing on Friday, two senior judges refused Packham permission to bring a claim against the Government’s decision and did not grant the injunction.

Announcing the court’s decision, Lord Justice Coulson said: ‘This application has no realistic prospect of success, so we do not grant permission to bring judicial review proceedings.’

He also said that, even if the court had thought the application had a realistic chance of success, they ‘would not have favoured granting the injunction’.

Packham was seeking to bring a legal challenge against the Government on the grounds that the decision to give the go-ahead to HS2 was ‘unlawful’ because it relied on a review process that did not fully take into account issues such as the environmental costs of the project.

The injunction focused on preventing ‘clearance works’ at ancient woodlands, which Packham alleged would cause damage and destruction to the sites. 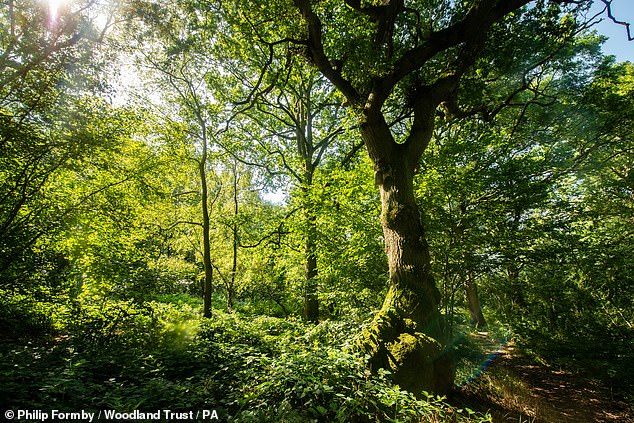 The TV presenter and environmental campaigner was seeking an emergency injunction to stop works that he claimed would cause destruction or ‘irreversible and irreparable loss’ to such sites, including Glyn Davis Wood (pictured) in Warwickshire, which is under threat

He also said it would disturb species of animals protected under EU law, as well as nesting and breeding sites and resting places.

David Wolfe QC, representing Packham, told the court that the ancient woodlands are ‘hundreds of years old’ and are ‘simply irreplaceable.’

He added that there was concern about the ‘irreplaceable damage’ that could be done to these sites and that the ‘balance is in favour of pressing the pause button while the issues are considered’. 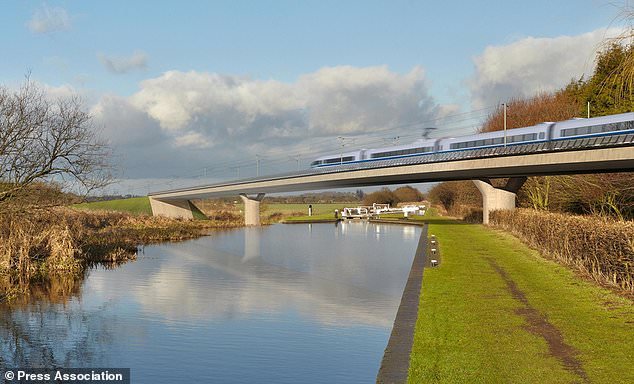 Packham applied for the order as part of an attempt to bring a legal challenge over the Government’s decision to give the green light to HS2. Pictured: An artist’s impression of the planned route

The Government argued that Packham’s legal challenge did not have a real prospect of success and should not be allowed to proceed.

Lord Justice Coulson said the court would give full reasons for its decision in a written ruling at a later date.

In February, Prime Minister Boris Johnson announced in the House of Commons that his Government had decided to approve the controversial project.

The project, which is expected to cost nearly £100billion, will link London to Birmingham, Manchester and Leeds in a Y-shaped line. 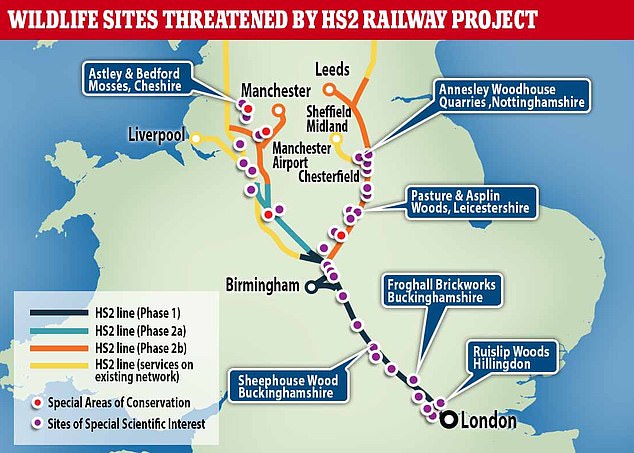 In January, a report by Wildlife Trusts claimed that ‘huge swathes’ of ‘irreplaceable’ natural habitats, including 39 nature reserves and 108 ancient woodlands, could be threatened by HS2 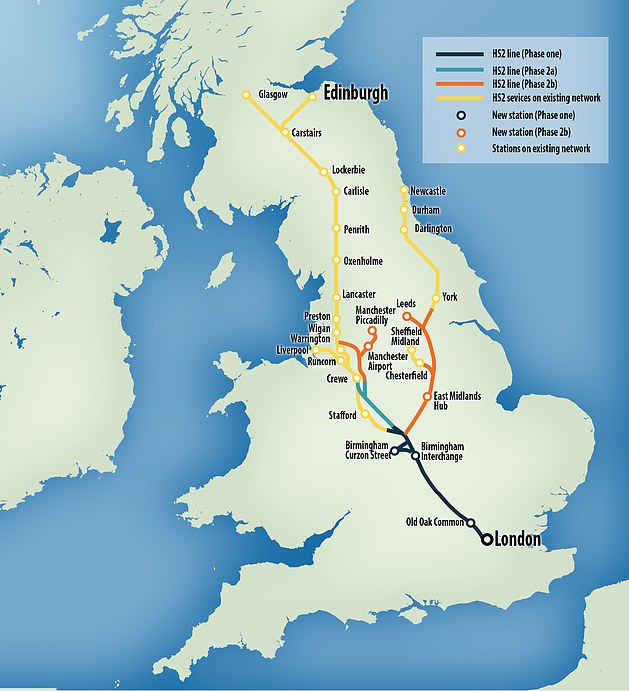 Pictured is the HS2rail route, showing phase one (dark blue line), two A (light blue line) and two B (orange line) as well as existing services that will use the network (yellow line)

WHAT COULD BE LOST FROM THE HS2?

In January, a report by Wildlife Trusts claimed that ‘huge swathes’ of ‘irreplaceable’ natural habitats, including 39 nature reserves and 108 ancient woodlands, could be threatened by HS2.

Eighteen Wildlife Trust nature reserves will be affected, including London’s Frays Farm Meadows, Holcroft Moss in Cheshire and Park Hall in Birmingham, as well as a further 21 local nature reserves.

The Trust said ‘rarities’ such as the dingy skipper butterfly could also be made extinct locally, while barn owls and endangered wildlife such as white-clawed crayfish could be impacted.

WHAT ARE THE PROPOSALS FOR A 1,000-MILE UK HIGH-SPEED RAIL NETWORK?

A report by Surrey-based think tank Greengauge 21, titled Beyond HS2, said boosting national productivity should be the guiding priority for re-designing the rail network.

The proposals lead to a re-orientation of Britain’s railway – from a single hub around London to a national railway network.

1. An upgraded fast route from Birmingham to Bristol Parkway carrying HS2 trains, continuing to the South West and South Wales.

2. A major upgrade to the East Coast mainline for the first time since the 1980s.

4. New lines in East Essex and Anglia, alleviating the West Anglia and Great Eastern Mainlines, both of which are at capacity.

Influencer Arielle Charnas Cries Over Backlash for Not Self-Quarantining
Layla Guscoth swaps Achilles rehab in Adelaide to return to work as a doctor in Birmingham
Popular News
Why does Tom Cruise do his own stunts? ‘No one asked Gene Kelly, ‘Why do you dance?’’
18/05/2022
Man Utd wonderkid Ramon Calliste, called ‘the next Giggs’, now owns luxury watch business and makes £5m a year – The Sun
26/03/2020
Megan Thee Stallion Addresses Criticism Over Twerking: ‘I Love to Shake My A**’
26/03/2020
Police guard shops to stop coronavirus panic-buyers and enforce social distancing – The Sun
26/03/2020
Coronavirus: Good Morning Britain’s Dr Hilary reveals ‘game-changing’ self-testing kit
26/03/2020
Recent Posts