Hamilton: It’s just a block of chocolate, but for some it’s a step too far when it comes to embracing one of the official languages of Aotearoa, or New Zealand. 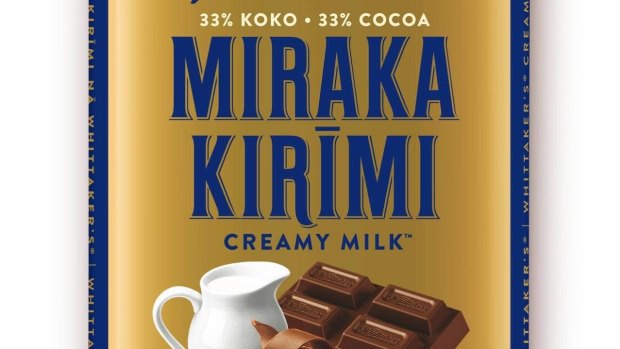 In a Facebook post, the family-owned business said it was proud to celebrate Māori Language Week by delivering Te Reo, the Maori language, to the nation through its chocolate, one block at a time, from August 22.

“While we’ve had this label before, this is the first time we’re making it available for Chocolate Lovers in stores nationwide for a limited time!” the post said.

“Our hope is that the label contributes to revitalising Te Reo in New Zealand, and we hope Chocolate Lovers enjoy a block of Miraka Kirīmi with their friends and whānau [extended family].” 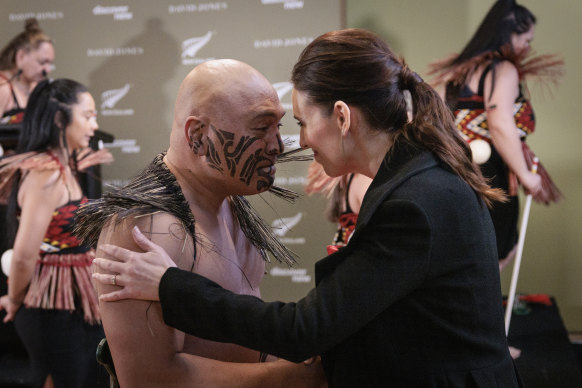 NZ Prime Minister Jacinda Ardern shares the ‘Hongi’, a traditional Maori greeting, at an event for NZ fashion designers at David Jones in Sydney in July. Maori language and customs are a big part of life in NZ.Credit:Brook Mitchell

But not everyone was happy to see the sweet treat supporting the reo Māori kaupapa (principles).

Online haters were quick to offer opinion: “I support people learning Te Reo, but not in this manner. It feels like forced mandated injections”; “Shame on you Whittakers [sic] we certainly won’t be buying your chocolates anymore”; and “Does everything have to be translated into mari [sic].”

However, others have pushed back against the comments, pointing out the hypocrisy in such views.

With the help of Photoshop, one Facebook user has suggested an alternative for people who are offended by Te Reo Māori.

“And I guess lots of folk will also be giving up pinot gris, champagne, savignon [sic] blanc, tacos, sushi, lasagne, spaghetti bolognaise, wontons, and pretty much any curry ever because they aren’t in English either,” one wrote.

“Come on team, you happily consume things in foreign languages all the time but you can’t embrace a tempory [sic] name change when it’s the native, and official language of the country where you live?”

“For those who have complained that this is a step too far for our country, the reality is that the rest of New Zealand has already taken that step. We know that eight in 10 of us see Te Reo as part of our identity as a Kiwi while one in three of us can speak more than a few words of Māori.

“Young New Zealanders are helping to drive change. They are not threatened when they see or hear Te Reo; they see Te Reo as absolutely normal.”

Taurapa (Te Rarawa), who translated the chocolate wrapper two years ago, said the nation’s acceptance of reo Māori had increased in the past two years.

“You’d think that it would be OK this time around, so it is a bit surprising that people are having a go at chocolate. I don’t get it.

“Whittaker’s is loved around New Zealand. It’s one of those companies that doesn’t have a negative following, so I thought it was quite surprising when they got this feedback.

“Of all the things, you can complain about the news being in Māori because you don’t understand it, but surely you know what you’re buying when you’re buying a block of chocolate.”

Taurapa said he was used to seeing negative comments where Te Reo was represented, but it could still be disappointing.

“It hurts just the same that people think that this is going to affect them in some meaningful way; they think it’s going to negatively impact them.”

For Māori, having more Te Reo pop up in everyday situations has a positive effect, Taurapa said, referring to his own nieces and nephews.

“They know English is predominant everywhere you go. If they could see Te Reo Māori on the shelves it normalises Te Reo Māori for them, and they could feel more comfortable using it around me in public.

“It would be awesome to see more Te Reo Māori in random places like that.”

Get a note directly from our foreign correspondents on what’s making headlines around the world. Sign up for the weekly What in the World newsletter here.