Chinese vendors sold extremely sick or even dying cats, dogs and guinea pigs at a so-called ‘pet’ market which also offered live animals for their meat, campaigners have revealed.

Stalls in the filthy market sold live pigeons, chickens, and quails as food while other creatures, such as rabbits, were crammed into faeces-encrusted cages waiting for their new owners, according to an undercover investigation.

Animal rights group PETA has warned that markets like this one could cause even more pandemics, such as the bird flu, when the world is already battling COVID-19. 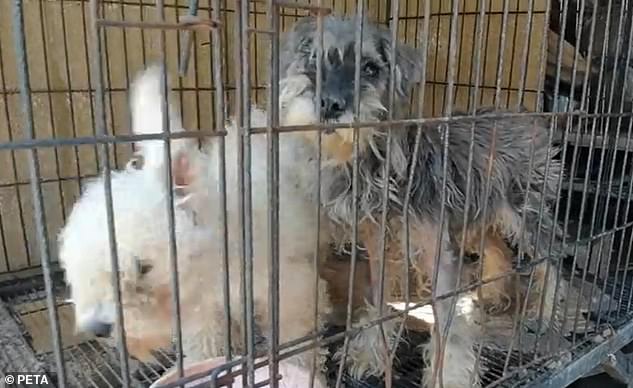 A video provided by PETA shows two ill-looking dogs being caged at the so-called pet market in eastern China in May. Investigators found that vendors there also sold live animals as food 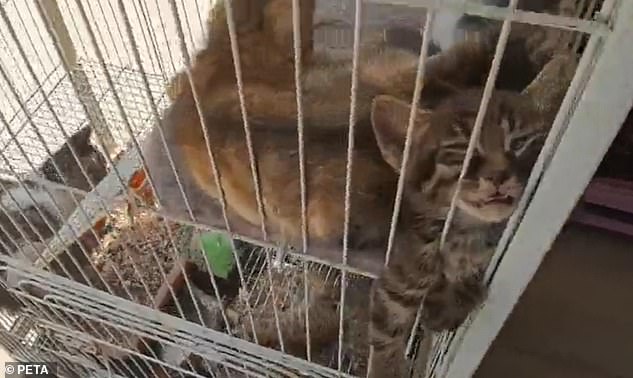 The footage also shows a cat appearing to be severely ill while lying in a shared cage in the market. Animal campaigners warned such an environment could cause more pandemics 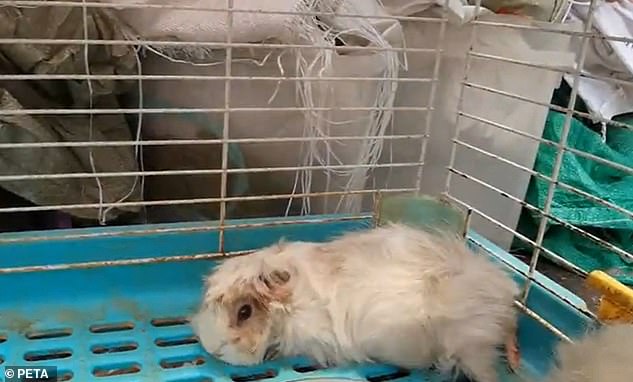 A guinea pig was spotted lying motionless in a cage at the market in eastern China. The footage was allegedly filmed in May when COVID-19 was on the rise in many parts of the world

Footage supplied to MailOnline by PETA shows some birds and chickens waiting to be traded in dirty coops while other creatures, such as guinea pigs and rabbits, were squeezed into cages in the dozens.

The market appeared to offer more than half a dozen species, either sold for their meat or as companion animals.

No veterinary care was seen provided to those sick animals.

One section of the video shows a cat lying in its shared cage looking helpless and very ill while another part purports to show a dying guinea pig on offer.

Dead animals were also spotted dumped into bins near the living. 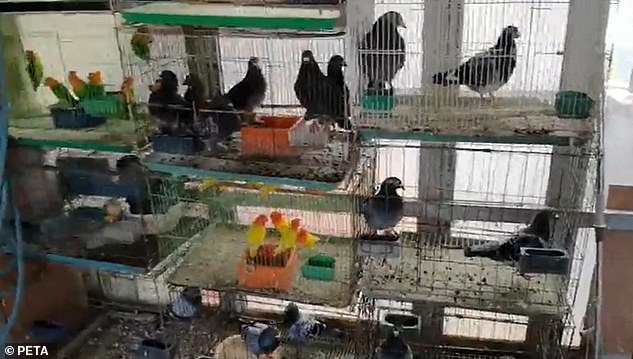 Vendors told investigator that the live pigeons, chickens, and quails were sold for their meat 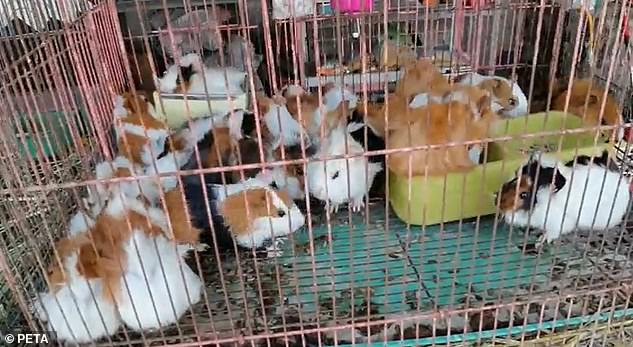 Some animals were crammed into filthy cages in the dozens, according to footage from PETA

The video was allegedly filmed at an unnamed market in eastern China in May when COVID-19 cases were on the rise in many parts of the world.

The deadly disease was first detected in a live animal market in the central Chinese city of Wuhan.

Although its exact origins remain unknown, experts believe it came from bats and was passed onto humans through wild animals sold as food.

But animal rights campaigners concerned that live animal markets like this one could trigger another outbreak of the bird flu.

‘While the trajectory of the COVID-19 pandemic remains unpredictable, one thing is certain: Live-animal markets will continue to put the human population at enormous risk.’ 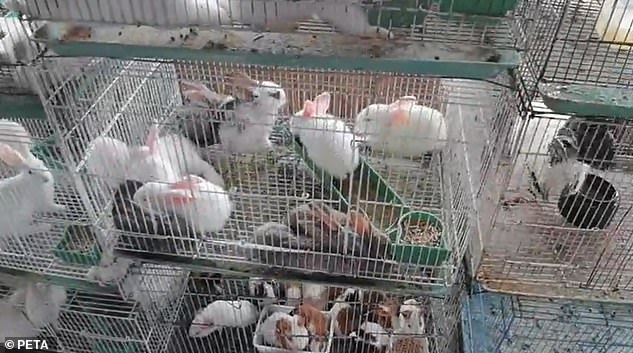 Animal rights campaigners concerned that live animal markets like this one could trigger another outbreak of the bird flu, especially from the H7N9 virus. ‘Diseases run rampant when animals are confined to filthy, enclosed spaces,’ said PETA Senior Vice President Jason Baker 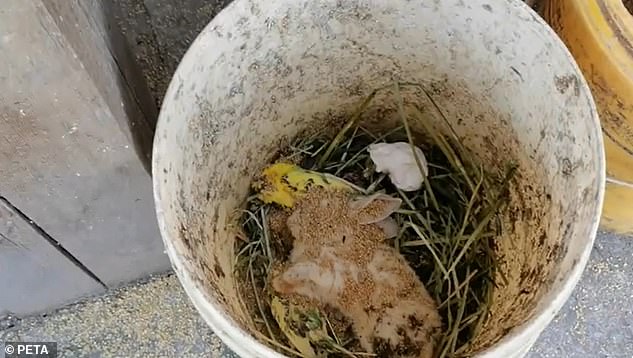 Earlier this year, two Chinese provinces were hit by ‘highly pathogenic’ bird flu when Beijing was in the thick of containing the coronavirus outbreak.

Nearly 2,000 fowl were killed by the H5N6 strain of avian influenza on a poultry farm in Sichuan Province, Chinese agricultural authority announced yesterday.

Just eight days earlier, 4,500 chickens were reported to have died of the H5N1 virus in the province of Hunan.

H7N9, another strain of avian influenza virus, causes little or no illness in poultry but can jump onto humans.

The World Health Organization (WHO) has described it as ‘one of the most lethal influenza viruses’.

The strain was first detected in human in China in March 2013.