China imported more than 2billion masks in January and February

The true scale of China’s medical stockpile is revealed: More than TWO BILLION masks were imported into Wuhan in just one month as the coronavirus crisis escalated

China imported more than two billion masks and 25 million pieces of protective clothing from overseas before the coronavirus outbreak reached pandemic levels, it has been revealed.

On Thursday a Chinese government report emerged detailing its foreign trade for the first two months of the year, when the country was at the peak of its virus crisis.

As COVID-19 infections began to spread across the globe in January and February, China saw a ‘rapid growth in imports of commodities and key consumer goods’.

More than 2.46billion pieces of medical materials, including masks and protective equipment, were inspected by National Customs in China between January 24 and February 29, according to the report. 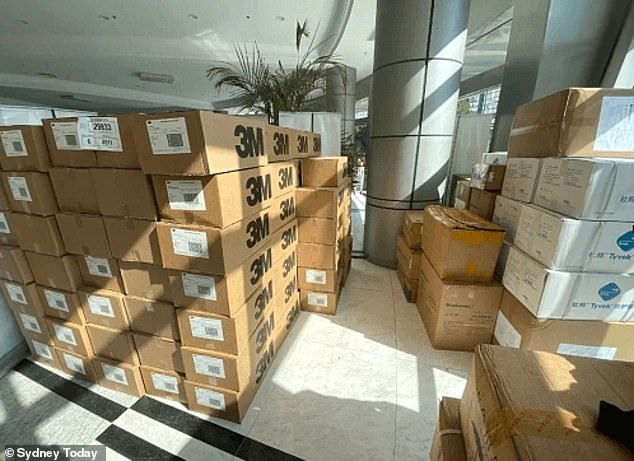 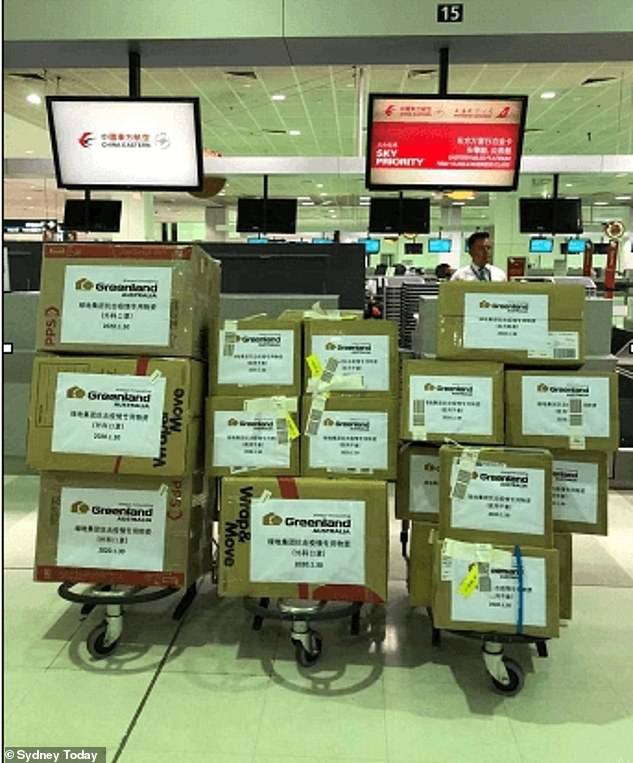 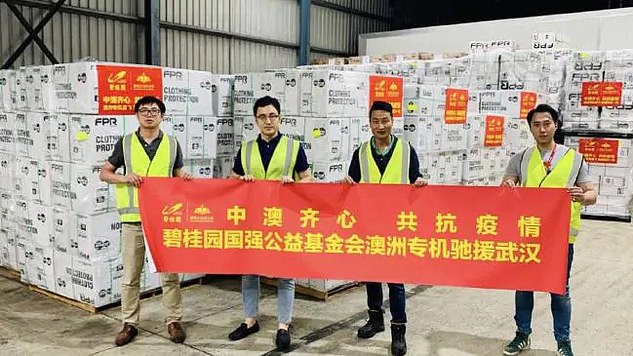 The report states the agency had expedited the entry of supplies by introducing ‘zero-delay customs clearance of epidemic prevention and control materials.’

It comes days after Chinese organisations operating in Australia were reported to have sent bulk medical supplies to China at the height of the crisis.

Chinese-owned property developer Risland Australia was reported to have flown 80 tonnes of medical supplies on a corporate jet to Wuhan in late February.

Video footage emerged showing boxes of surgical masks stacked up at Perth airport before being sent to Wuhan on February 8 – when there were 15 cases of coronavirus in Australia.

Greenland bought up three million surgical masks, 500,000 pairs of gloves and bulk supplies of sanitiser and antibacterial wipes in Australia and other countries where the company operates.

The goods were hoarded at Greenland’s Sydney headquarters and were sent to China in January and February. 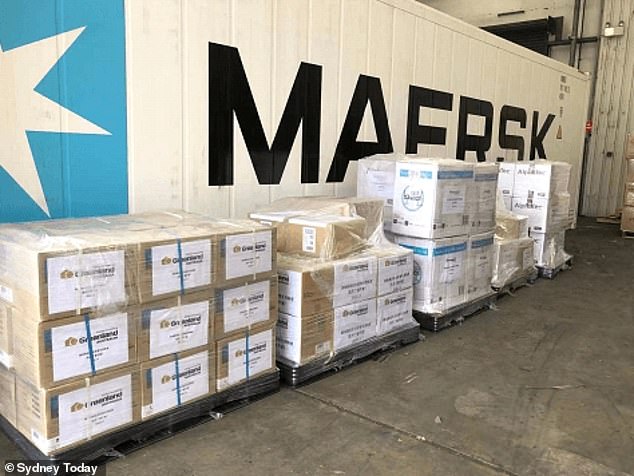 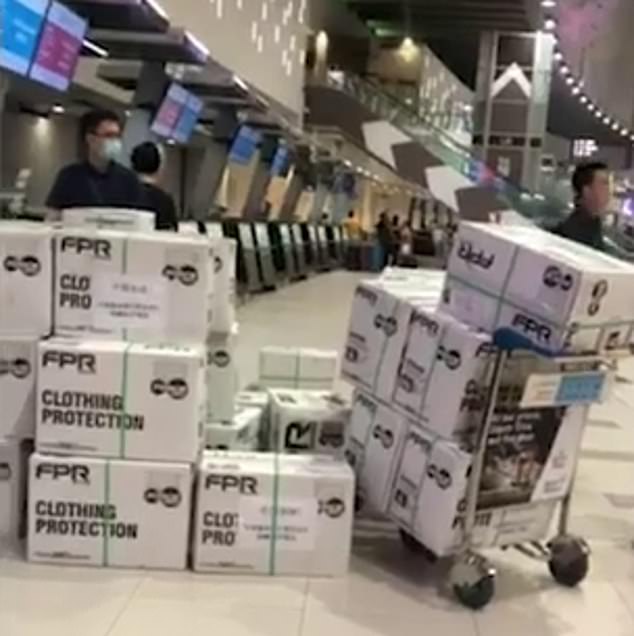 Australian hospitals are now struggling to cope with a shortage masks and other protective gear as the number of coronavirus cases in the country continue to soar.

As of Thursday, there are more than 5,108 confirmed cases in Australia, with 23 deaths.

Doctors and nurses have been turning to hardware giant Bunnings for supplies – and even purchasing full-faced snorkelling kits from other retailers.

Medical experts are worried a potential shortage of personal protective equipment (PPE) will leave frontline medical staff exposed to infection and unable to care for patients.

‘It’s something personally I have a lot of concern about,’ he said.

‘The fact we don’t have enough on hand is a problem. We have two big shortages: PPE and (coronavirus) testing kids.’

The shortage is so dire the Australian Army has pitched in to make more face masks at the Med-Con factory near Shepparton.

As countries around the world battle the pandemic, people from the United States to the Czech Republic are sewing their own masks.

Studies show that while improvised masks are not as effective as surgical masks, they are better than nothing.

A Federal Health Department spokesperson said on March 24 that the government had contracted suppliers to provide 54 million surgical masks and P2 respirators for the national medical stockpile.

‘A significant supply of P2 and surgical masks remain in the National Medical Stockpile, and will be directed to areas of greatest need while additional PPE arrives,’ the spokesperson said.

The Federal Government on Wednesday announced it has banned the exports of masks, hand sanitiser, gloves, gowns, goggles and visors.

Customs can now seize the goods and add them to the national stockpile for healthcare workers to use, as long as they are not defective.

‘These measures have become necessary because we have seen a small number of individuals engaging in the bulk purchasing of essential goods from retail outlets in Australia, with the intent of profiteering from exploitative exporting and price gouging,’ Home Affairs Minister Peter  Dutton said.

How bulk supplies of Australia’s face masks, hand sanitisers and other vital medical items were shipped to China as the coronavirus pandemic took hold

Bulk supplies of vital medical items were shipped from Sydney to China at the request of a Beijing-backed property giant as the coronavirus pandemic took hold in Australia.

Greenland Group, which manages property developments across the globe with the support of the Chinese government, told employees at its Sydney office to stop their normal work in January.

Instead, they were tasked with sourcing face masks, hand sanitisers, thermometers and other medical items, storing them at their office and shipping them to China.

A whistleblower told The Sydney Morning Herald the exercise was a worldwide effort and continued until the end of February. 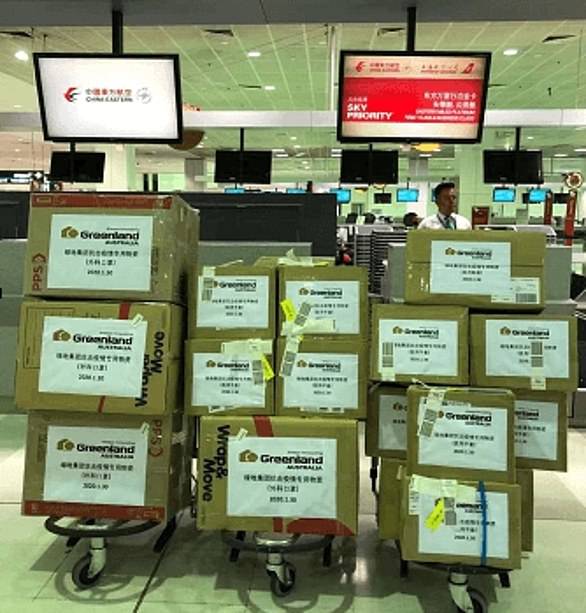 ‘Basically all employees, the majority of whom are Chinese, were asked to source whatever medical supplies they could,’ the insider said.

‘There were numerous requests from the HR manager and even our direct reporting line [which] prioritised the assisting of the company in gathering these supplies over other work activities.’

It is unclear how many of those were sourced in Australia.

Greenland Group confirmed the shipments from Sydney to China in a statement to Daily Mail Australia, saying it ‘felt compelled’ to assist ‘in efforts to mitigate the spread of the virus, which had caused a shortage of critical medical supplies in China’.

The supplies were ‘dispatched to China, which at that time was the epicentre of the outbreak’, the statement read.

‘As such, Greenland Group initiated a drive for medical supplies, and provided accommodation services for front-line medical staff in China via the company’s hotel group.

‘Greenland Australia supported Greenland Group’s initiative by arranging for medical supplies to be dispatched to China. Again, it should be noted that this proactive response occurred in late January and early February, at a time when the worldwide spread of the virus, and all response efforts, were focused on China.’

He wrote at the time: ‘The second batch of non-contact forehead thermometers will soon take off to China! Coronavirus situation is serious, Chinese people, local and overseas, are trying their best, fighting together to combat the virus.’ 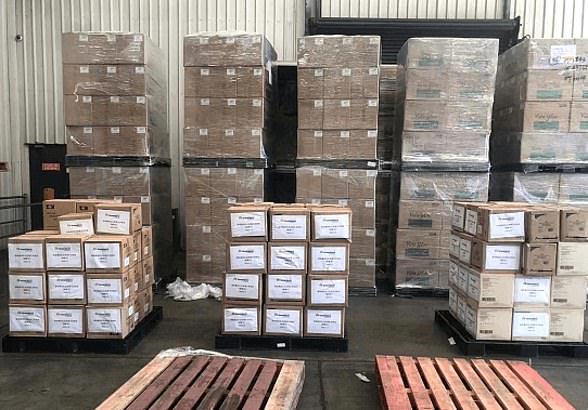 The company has sold a billion dollars worth of property in Sydney and Melbourne since its 2013 arrival to Australia.

Meanwhile, the Federal Government is scrambling to produce enough medical supplies as confirmed local coronavirus cases surge to more than 2,400 – and doubling about every three days.

Federal Health Minister Greg Hunt said a ‘war production unit’ had been convened at the weekend to prepare Australia. 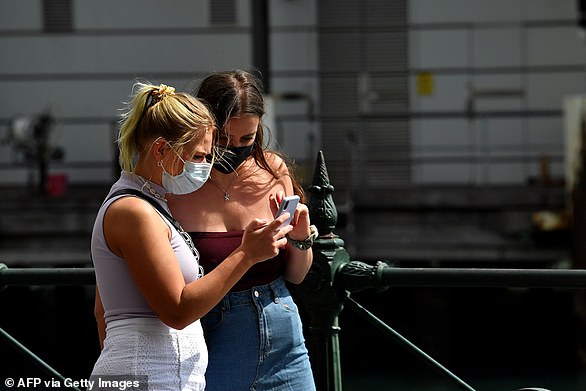 ‘We have four companies that have indicated that they are willing to make ventilators and will be seeking approvals which have been given at light speed,’ he told Nine News on Monday.

‘At the same time, we are working on imports and procurements, large volumes of masks have arrived over the course of the weekend, additional volumes of testing kits.’

Australia has only one face mask factory in operation, The Med-Con in Shepparton, a regional area of northern Victoria.

It is facing an unprecedented demand to make face masks and hospital gowns during the crisis.