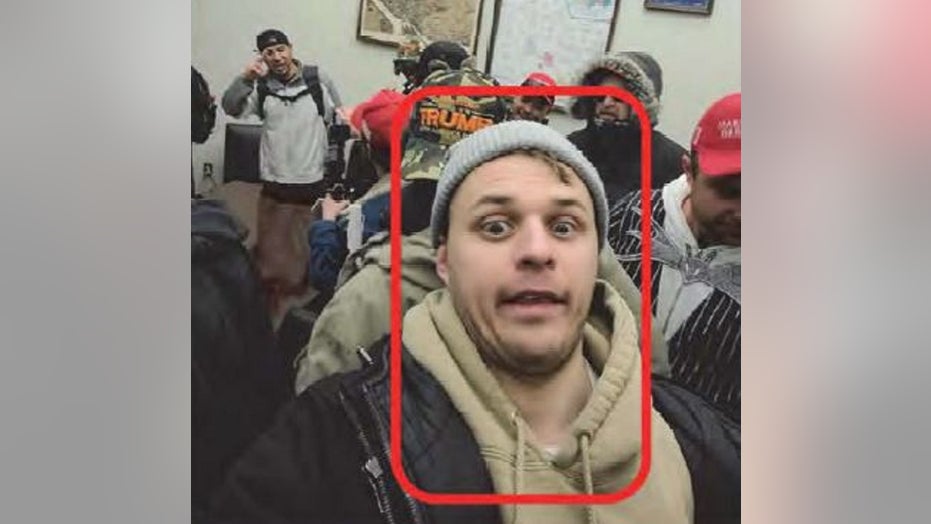 A Chicago police officer was arrested Friday and charged for his alleged role in the Jan. 6 attack on the U.S. Capitol, federal authorities said.

Karol J. Chwiesiuk, 29, was taken into custody Friday morning at his home and faces five misdemeanor counts, including disrupting government business, unlawful entry and disorderly conduct on Capitol grounds, according to a criminal complaint. He appeared before a federal judge in Chicago Friday via telephone and was released on a $15,000 bond.

He was stripped of his police powers in June after the department learned of his alleged participation in the attack and has been assigned to desk duty. 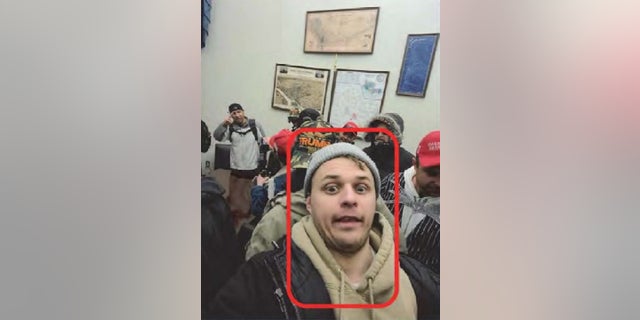 Karol J. Chwiesiuk, 29, a Chicago police officer, took a photo of himself inside the Capitol.
(Department of Justice )

The Chicago Police Department and police union did not immediately respond to a Fox News inquiry.

The complaint alleges Chwiesiuk bragged about being in the Capitol where he was seen wearing a Chicago Police Department hoodie and used a racial slur in a text message to a friend. While at the Capitol, he allegedly entered and damaged the office of Sen. Jeff Merkley, an Oregon Democrat.

In one message to a friend before the attack, he said he was going to Washington D.C., to “save the nation” and was “Busy planning how to (expletive) up commies.” He also allegedly sent photos of himself inside the Capitol.

Chicago Police Superintendent David Brown said Chwiesiuk was on leave from the department during the riot.

“What happened in D.C. on Jan. 6 was an absolute disgrace,” he said during a Friday news conference. “The fact that a Chicago police officer has been charged in that attack on American democracy makes my blood boil.”

“We have a zero-tolerance for hate and extremism of any kind within the Chicago Police Department,” Brown added. “And if you harbor such ignorance in your heart, you should take off your star now and find another line of work, or I’ll do it for you.” 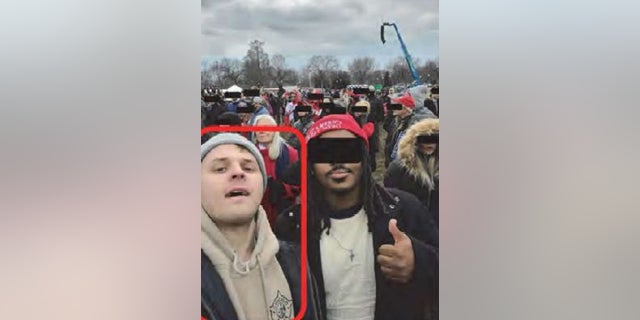 Chicago police officer Karol J. Chwiesiuk, 29, stands next to someone in Washington D.C., during the Jan. 6 attack on the U.S. Capitol.
(Department of Justice )

Chwieiuk arrived in Washington on Jan. 5 and stayed at The Mayflower Hotel under a reservation made by his sister, authorities said. The same day, he received an email from a “Stop the Steal” email account referencing the rally by then-President Donald Trump in which he repeated baseless claims of election fraud.

The day before the attack, Chwiesiuk allegedly walked to the Capitol to survey the area and sent 44 images to three people, according to the complaint.

The attack has resulted in five deaths, including a Capitol police officer, and spurred a sprawling investigation that has nabbed hundreds of alleged rioters. More than 450 people have been criminally charged.

Chwiesiuk has been a Chicago police officer since 2018 and previously worked as a deputy for the Cook County Sheriff’s office.