Channel 5 bosses pay damages to woman in Can't Pay? We'll Take It Away

Channel 5 pay damages to mother who was filmed being evicted from her home on Can’t Pay? We’ll Take it Away after privacy row

Channel 5 bosses have apologised and paid damages to a woman featured in an episode of a television programme called Can’t Pay? We’ll Take it Away!, a High Court judge has been told.

Adanna Clarke took legal action against Channel 5 Broadcasting after complaining about the misuse of her private information.

He action was taken in respect of the filming, making and ‘multiple broadcasts’ of an episode of the programme.

Channel 5 Broadcasting had mounted a defence but on Friday a lawyer representing Ms Clarke told Mr Justice Murray, at a High Court hearing in London, that the dispute had been resolved by agreement.

A barrister representing Channel 5 Broadcasting said her client was prepared to accept that ‘on this occasion’ it may well have got the ‘balance wrong’. 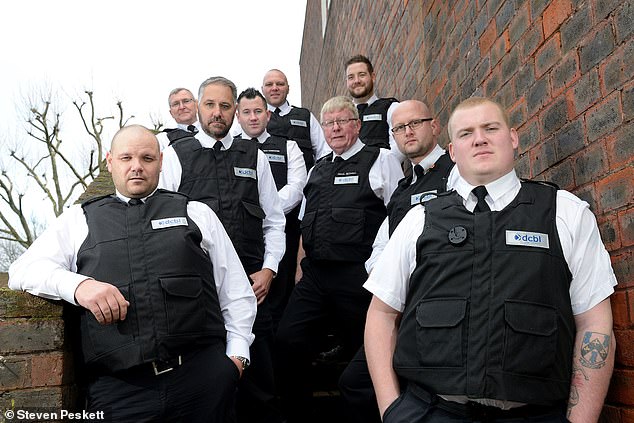 The mother who was filmed being evicted as part of the hit show ‘Can’t Pay? We’ll Take it Away’ (pictured: Stars of the Season 5 show) has launched a High Court privacy battle against Channel 5 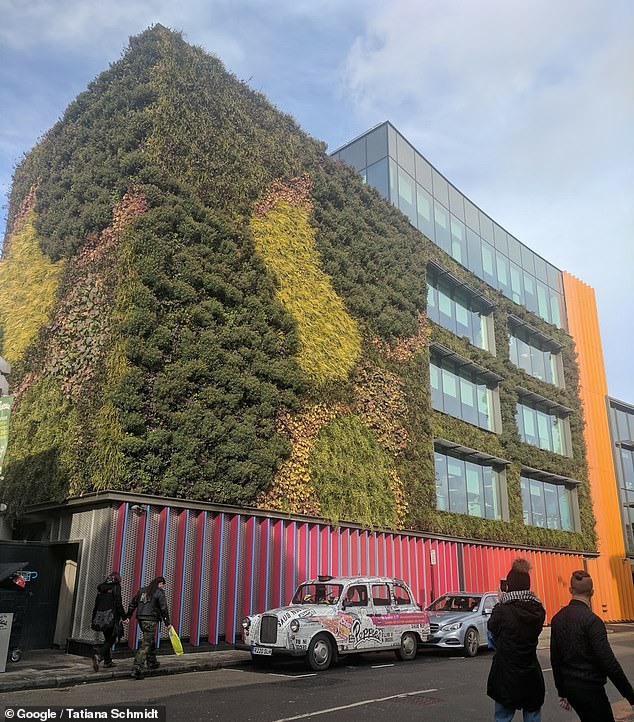 The woman was seeking compensation from Channel 5 Broadcasting Ltd (pictured: The Channel 5 Head Office) in respect of the filming of the show, which was screened on October 28, 2015 as episode five of season three

Kirsten Sjovoll said Channel 5 Broadcasting was prepared to settle the claim and to apologise to Ms Clarke for the ‘distress caused to her’.

Mr Cochrane told the judge that Ms Clarke had issued proceedings in November 2020 for the ‘misuse of her private information in respect of the filming, making and multiple broadcasts, from 2015 until early 2021, of an episode of Can’t Pay? We’ll Take it Away’.

He said the episode showed Ms Clarke ‘in her home and in the street outside’ in a state of ‘considerable distress’.

Mr Cochrane said that until May 2015 Ms Clarke had lived in a rented flat with her daughter.

He said she had suffered ‘serious financial problems’, had not paid her rent for ‘several months’ and a writ of possession had been obtained on behalf of the owner of the flat to evict Ms Clarke and her daughter. 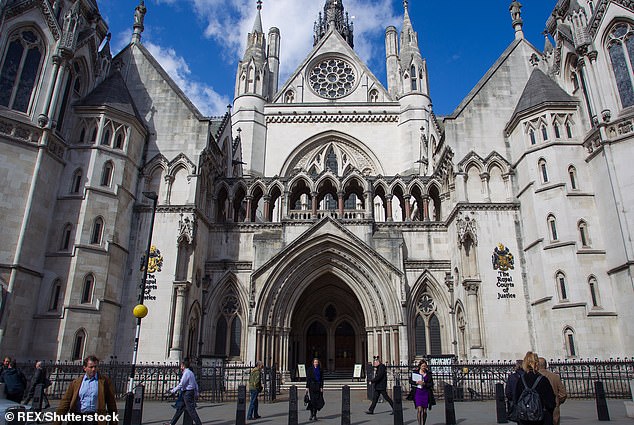 The High Court (pictured: The Royal Courts of Justice – home to the High Court) papers say that everything filmed at her flat, and in the street as she left, was private

In May 2015, two High Court enforcement agents arrived at Ms Clarke’s home to evict Ms Clarke and her daughter and gave her an hour to leave the flat, he said.

‘A film crew was in attendance with the High Court enforcement agents,’ said Mr Cochrane.

‘The claimant made it clear to the film crew, in the presence of the High Court enforcement agents, that she did not want to be filmed.’

He said the film crew left when asked to leave by Ms Clarke.

But he said the High Court enforcement agents wore bodycams and radio microphones.

‘They were recording video footage and audio of what was taking place in the claimant’s home,’ he said.

‘The video and audio recordings obtained in this way were then edited and incorporated into an episode of Can’t Pay.’

He said the episode was first broadcast by Channel 5 on October 28 2015.

Mr Cochrane said Channel 5 Broadcasting had ‘confirmed’ the programme was broadcast to more than 11.3 million people in a form in which Ms Clarke’s face was shown and to a further 2.2 million in a form in which her face was blurred and her name removed.

‘The broadcast of the programme has caused the claimant immense upset and distress,’ he said.

‘The claimant’s case is that the programme wrongly revealed matters which were private to her which took place in her home.’

He added: ‘It is the claimant’s case that the filming of her within her home and subsequent publication of the private information obtained in that way to 13.5 million people amounted to a grave misuse of her private information.’

But he said he was pleased to report that the ‘parties had been able to resolve their dispute by agreement’.

He said Channel 5 Broadcasting had agreed to pay Ms Clarke ‘substantial damages’, as well as her ‘reasonable legal costs’, and had undertaken not to broadcast the programme again or make it available via the internet.

Ms Sjovoll told the judge: ‘It is the defendant’s case that it has all times believed that this programme forms part of a series of real public interest, where each of the stories involves a careful balancing exercise between matters of public interest and the right to respect for privacy.

‘It is prepared to accept, however, that on this occasion, in relation to the claimant, it may well have got that balance wrong and for that reason it is prepared to settle her claim and also to apologise to her for the distress caused to her by the broadcast of the episode in question.’