SIMON clicks on to the child’s chat room site and posts a picture of his 10-year-old daughter, Jess, who he claims to be sexually abusing.

“I play with her,” he says. “I like lifting her skirt off, touching her knickers, feeling between her legs. It turns me on. I get sexually excited.” 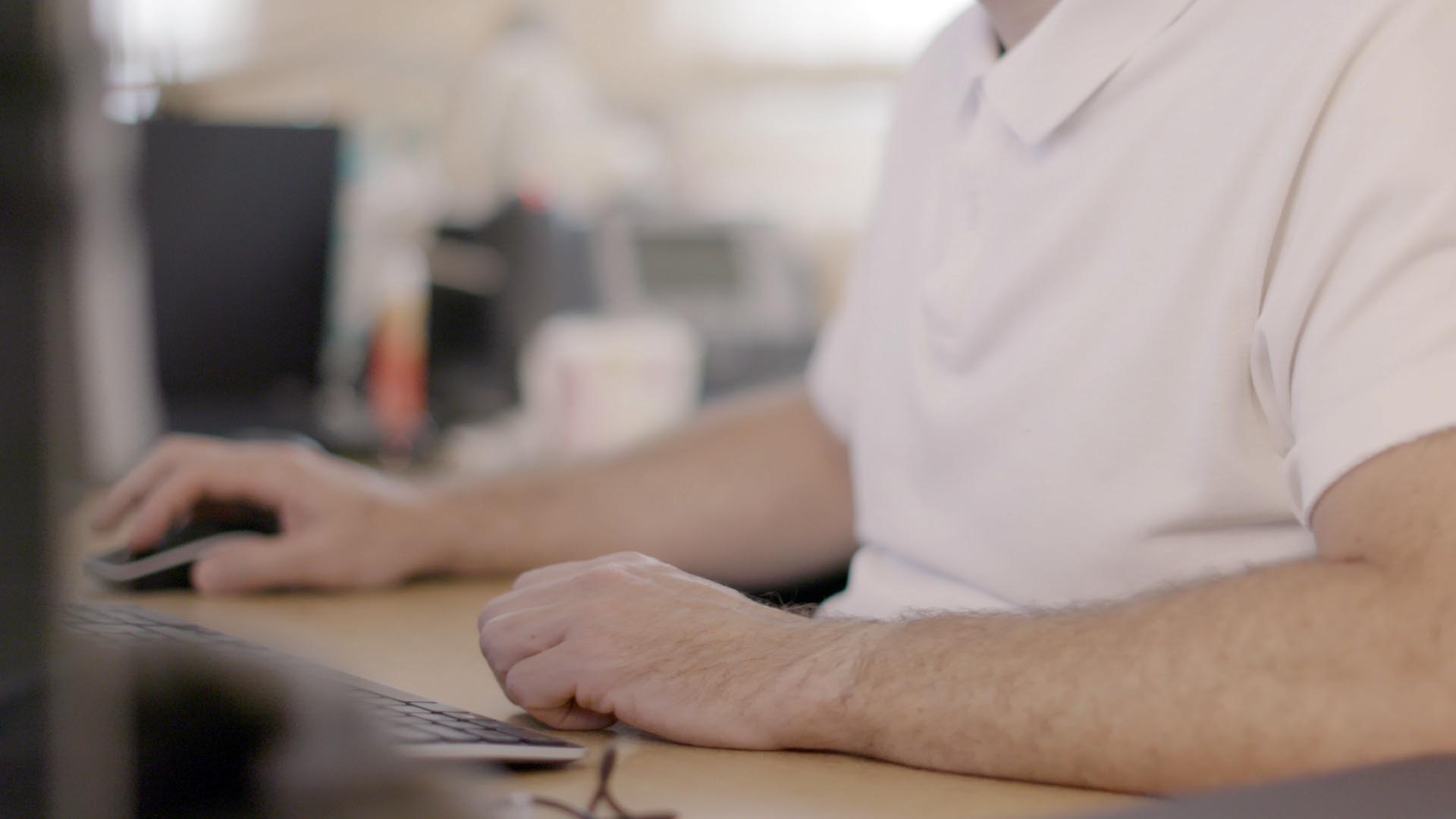 Within minutes he is flooded with messages from fellow paedophiles, asking for detailed descriptions of the sick sexual acts he performs on her – and before long he is arranging for a stranger to come to his house and rape her.

But all is not as it seems. Single dad ‘Simon’ is a fictional character created by an undercover cop to catch sex offenders who prey on kids and Jess does not exist.

Sadly, the twisted predators who latch on to the message are all too real, as is revealed in tonight’s disturbing Channel 4 documentary, Undercover Police: Paedophile Hunters.

'Heartbreaking' job that could save a child

There are at least 300,000 people in the UK posing a sexual threat to children, according to the National Crime Agency, and half a million men have viewed child abuse material online.

The documentary follows the teams dedicated to cracking down on abusers, hunting perpetrators and screening and grading thousands of extreme images and videos – often at a deep, personal cost.

“There are days when you have a bad day,” says the unnamed cop who plays ‘Simon’.

“People can send you images or you see something that is posted online that is heartbreaking, really distressing.

“But it is tremendously satisfying to identify just one offender and/or successfully safeguard just one child.

“Just once in a career would be enough but to do that on a daily basis feels incredible. For me, it’s the best job in the world.”

Dad asked to rape daughter as 'favour' to online paedo

Shockingly, the forum chosen for ‘Simon’ to register his sexual interest in young girls is Chat Avenue Kids – touted as a safe space for under 16s.

Yet the explicit user names of members found on the site by ‘Simon’ include ‘Hard on’, ‘Pervy guy’ and worse, and one user was openly advertising child abuse videos on the main wall.

A teacher who wants to have sex with a child and others who say they are “contact offenders” – people who physically abuse children – are among the messages received by the cops.

After posting the picture of ‘Jess’, the undercover officer is contacted by 36-year-old user, calling himself ‘Bodycount’ who asks, “Is she good?” and adds: “Have you penetrated her?”

The chat gets more explicit and disturbing as ‘Simon’ plays along, describing what he does to her, while ‘Bodycount’ replies, “I bet she’s lovely and tastes sweet!”

Asked what he wants to do to Jess, he replies: “Everything.” 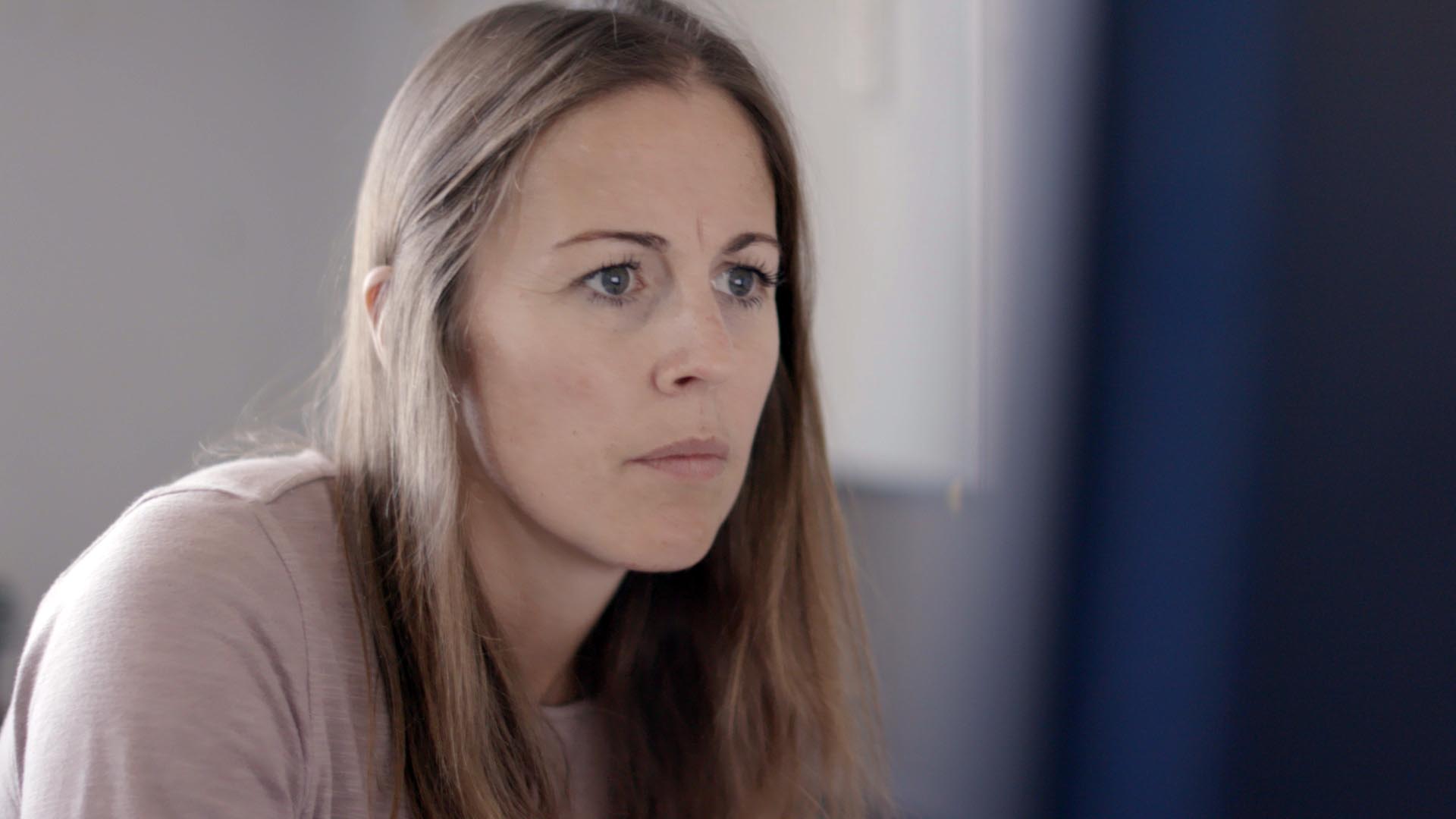 He also gave ‘Simon’ detailed instructions on how to rape Jess as a “favour” to him, after picking her up from school.

“Our objective is to catch the top tier offenders and that forces us to say some pretty horrible things,” says ‘Simon’. “But the results are overwhelming.”

Eventually, Simon arranges for his sick new pal to visit his Norfolk home when he has his daughter for the weekend.

‘Bodycount’ then messages a time of arrival the following Saturday and chillingly adds: “Have her ready.” 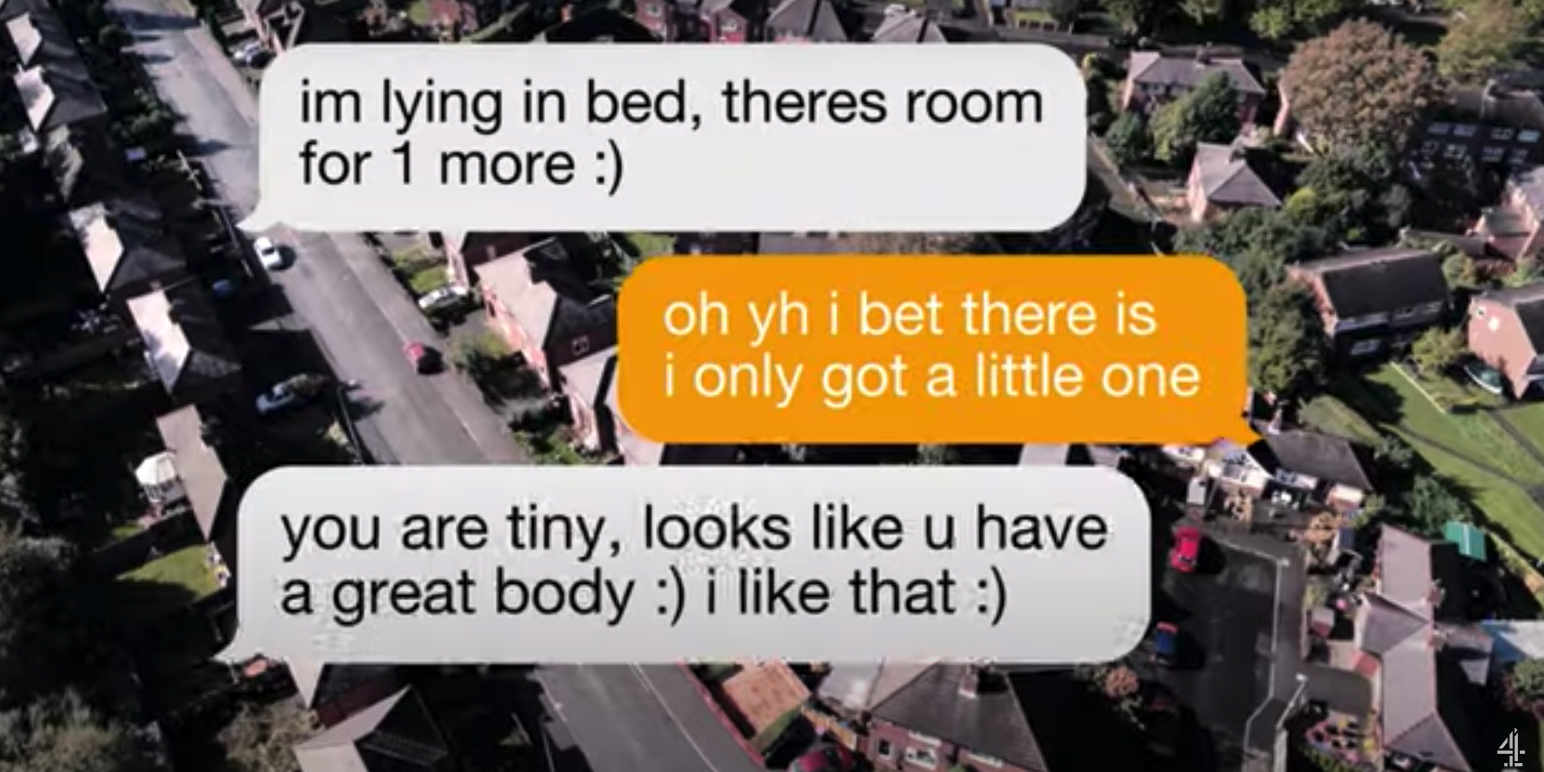 While the undercover cop is engaging with the online perverts, the research team are gathering information to track them down – and an email sent by ‘Bodycount’ leads them to the door of Graham Marshall, from Burnley, Lancashire.

Marshall has a long history of possessing and making child abuse images as well as a 2003 conviction for indecently assaulting a child under 14.

“He got a three year community rehabilitation order,” says DC Heather Maitland. “It didn’t rehabilitate him, did it?”

Covert operations are often classed as picking the “low-hanging fruit” without tackling the growing number of paedophiles on the dark web, but the undercover officer disagrees.

“The low-hanging fruit are often the most dangerous,” he says.

“On the dark web you find a lot of people who don’t put out any information, and can’t be identified, but they also won’t set foot outside the front door and they won’t look to contact offend.

The low-hanging fruit are often the most dangerous.

“The low-hanging fruit on forums like Chat Avenue Kids are not rationally thinking they could get caught because the sexual drive for children outweighs the risk. They’re the ones who are more readily going to commit offences.”

Chat Avenue told the programme it’s terms of service “do not tolerate inappropriate nicknames or conversations” and that it uses a moderation team and filter systems to remove “overage users.”

It adds it cooperates with law enforcement but that the first line of defence comes from “within the family and the users themselves.” 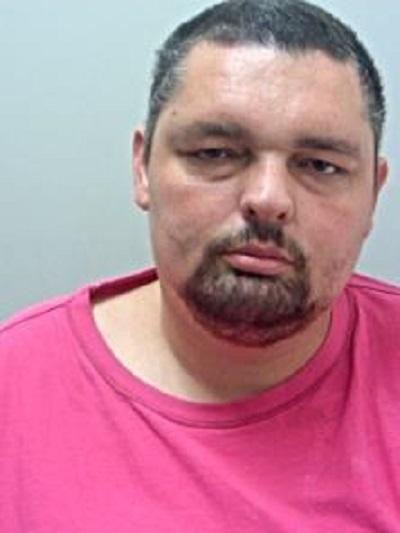 Another investigation on the show sees Kent police tracking down a paedophile after a message offering pictures of his four-year-old daughter, was scrawled on a toilet wall.

In fact Keiran Swain, who worked as a volunteer in a children’s home, was not a dad but had been attempting to contact like-minded people, he claimed, to seek help for his addiction to child sex abuse images.

On his phone, officers found 44 category A videos – the most extreme grade – despite Swain telling them he didn’t like videos and images of penetrative sex “if they are very young. I don’t like to see children in pain.”

DC Michelle Marshall, tasked with watching and grading content, describes one shocking video where a baby girl of around 18 months is being raped by an adult man and an image which shows a girl of two or three being held down, screaming, as a man performs a vile act on her.

Keiran Swain escaped jail and was given a community order after pleading guilty to making, possessing and distributing indecent images of children – a sentence which the police involved find frustrating.

“You can possess hundreds of these images and videos and still not get sent to prison,” says DC Marshall.

“Sometimes it’s that knock on the door that changes people, changes the way they’re thinking, which helps them, but it doesn’t help that child who’s being raped, does it?” 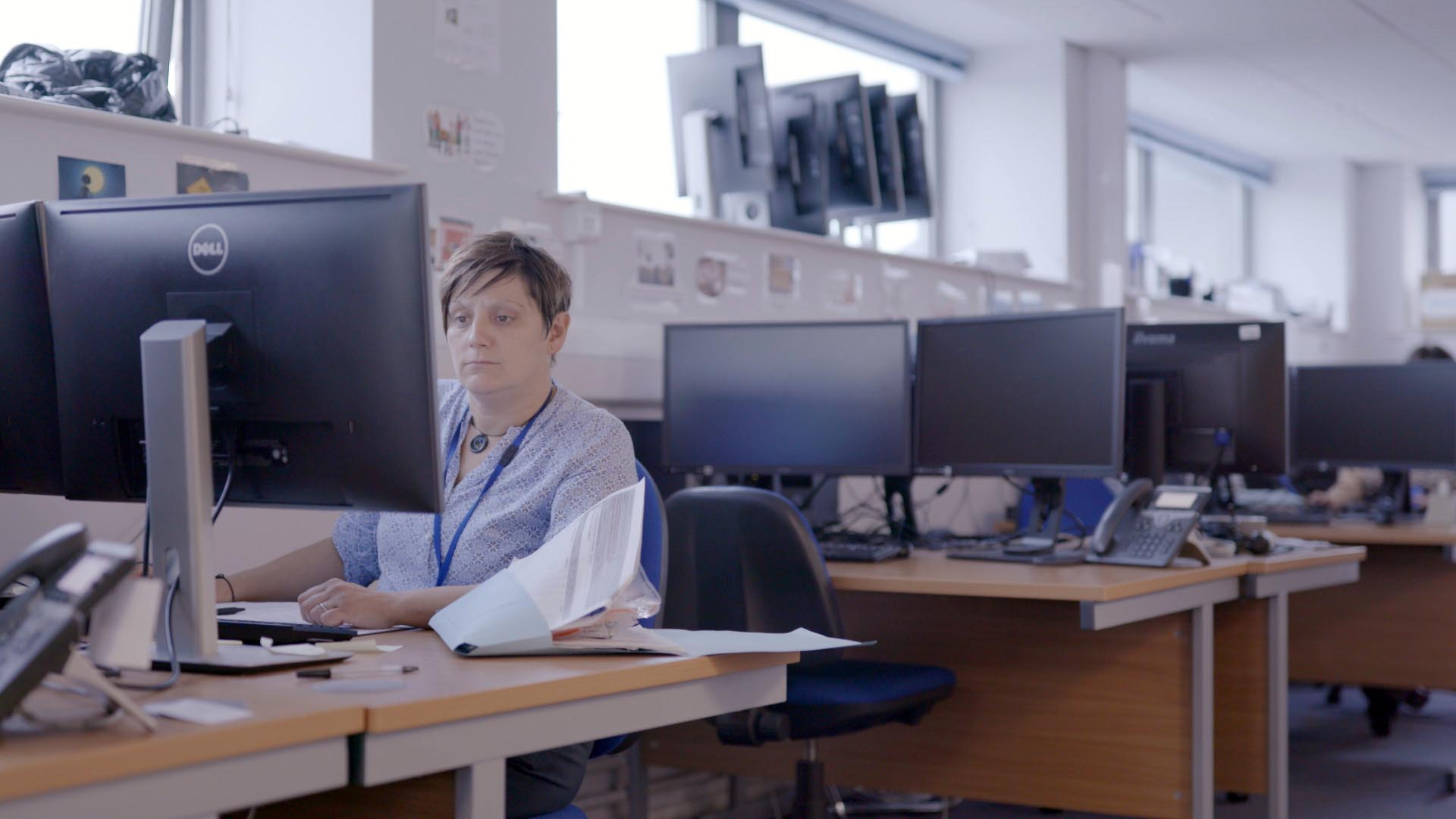 Officers who carry out this horrific work are assessed every three months and offered counselling.

But ‘Simon’ says spending all day looking at the most depraved material can take its toll.

He breaks down as he describes one video – known as ‘baby disruption’ – which shows a baby girl in a “dungeon” being tortured, burned and raped.

“It’s the nastiest set I’ve ever seen,” he says, walking away from his monitor in tears. “They really hurt that child, a baby. I’m choked just thinking about it.

They really hurt that child, a baby. I’m choked just thinking about it.

“When you see images you catalogue it, you box it in your head, but now and again you do get that bit which triggers something. It really is horrible.”

After six weeks, the profile of Simon is replaced with a new online persona – another abuser or a potential child victim.

But in his time as the abusive dad of ‘Jess’, the covert officer engaged with 75 people online and put forward 10 suspects for investigation.

Marshall was jailed for four and a half years, after pleading guilty to encouraging or assisting in the commission of a sexual offence, five more were arrested and three were convicted and jailed.

“Simon is dead, he’s gone, but I’m really pleased because that profile we put together worked a treat,” says the cop.

“It’s quite disturbing betraying yourself as an adult male paedophile but it is such a good technique in catching people who are seeking to abuse, hurt, rape children.

“Children will be saved as a result of this bit of work. The rewards are huge.”