AN influencer dodged jail yesterday after she was filmed callously hurling a chair from a 45th floor balcony onto a busy road. 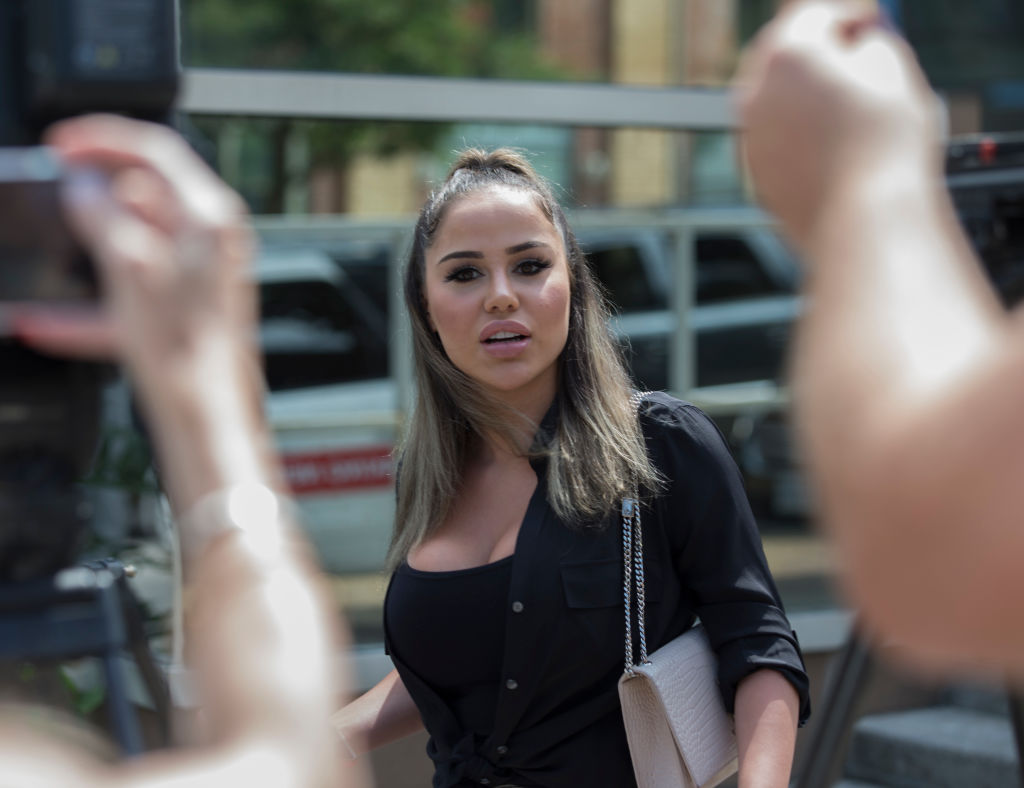 But despite prosecutors in Toronto, Canada, seeking a six month jail term for the Instagram star, she was instead handed a £1,000 fine, 150 hours of community service and two years probation.

The 20-year-old entered her plea in November but her sentencing was delayed several times partly due to the Covid-19 pandemic and was finally handed out via teleconference yesterday.

Her lawyer Gregory Leslie said he was pleased with the sentence and that Zoia – who has more than 60K Instagram followers – was "ecstatic" that the case was finally over.

Mr Leslie said his client had been scared about the prospect of going to jail and “maybe had a tear or two in her eyes" when she learned of her punishment.

He said Zoia had been drinking alcohol the night before the incident and was influenced by peer pressure when she threw the chair from the high-rise balcony of a rented apartment in Toronto, reports CTV News.

The chair landed on the Gardiner Expressway – one of the city's busiest highways.

The young star is believed to have thrown the chair at around 10am on a Saturday morning when the road was busy with traffic – thankfully no injures were reported as a result of the idiotic stunt.

Zoia turned herself in to police in Canada in February last year after footage of the incident was uploaded on social media.

She issued an apology vowing to take "responsibility" for her actions.

The star wrote: "I apologise to everyone offended by my actions. I truly regret it and I will take responsibility."

Fans go wild for resemblance between Prince George and James Middleton
Tristan Thompson puts his $8.5m seven bedroom mansion in LA up for sale after ‘reuniting’ with Khloe Kardashian – The Sun
Popular News
John Oliver Sounds the Alarm on the Need to Overhaul Senate, Electoral College
28/09/2020
Man Utd wonderkid Ramon Calliste, called ‘the next Giggs’, now owns luxury watch business and makes £5m a year – The Sun
26/03/2020
Megan Thee Stallion Addresses Criticism Over Twerking: ‘I Love to Shake My A**’
26/03/2020
Police guard shops to stop coronavirus panic-buyers and enforce social distancing – The Sun
26/03/2020
Coronavirus: Good Morning Britain’s Dr Hilary reveals ‘game-changing’ self-testing kit
26/03/2020
Recent Posts
This website uses cookies to improve your user experience and to provide you with advertisements that are relevant to your interests. By continuing to browse the site you are agreeing to our use of cookies.Ok