A CEO of a Los Angeles said he “lost his temper” and apologized after a video this week showed him viciously beating his puppy, Bici, in an elevator.

Jeffrey Previte, 46, was caught on surveillance footage choking his 4-month-old pit bull and hitting on the head in the elevator of his Seychelle Condominiums building after it peed on his rug. 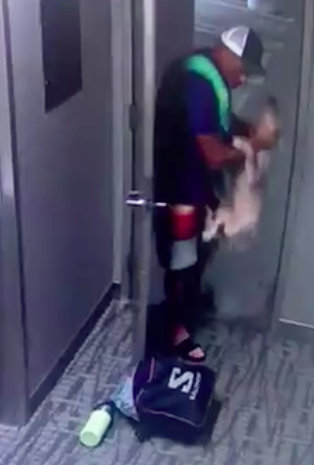 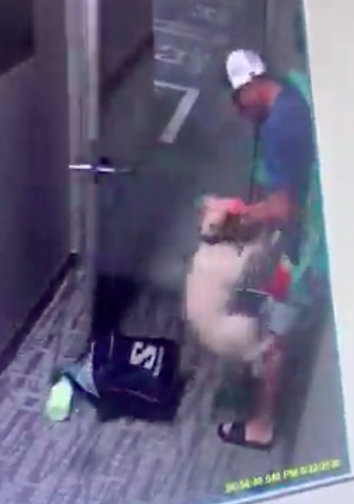 Previte, the CEO of the environmental consulting firm EBI consulting, wrote an apology letter to his colleagues and friends, obtained by Daily Mail.

“I want everyone to know that I truly regret my actions on August 22, 2020. Words can't fully describe how sorry I am for what happened,” Previte wrote.

He continued: '” lost my temper and took unreasonable and unjustifiable action in attempting to discipline my dog Bici. As I have said, words are not enough here.”

Bici is no longer living with Previte, who said the pooch is now with “another loving family.” He said he has also stepped away from his role with the company to enroll in anger management training.

Santa Monica police said it is investigating the incident for potential animal cruelty and that Animal Services Officers are working to have the dog evaluated by a veterinarian.

The company’s website, which no longer mentions Previte, now lists his brother Nolan Previte as president and CEO of the company.

Nolan defended his brother in an email to employees, obtained by Daily Mail, saying that he is “extremely kindhearted” and “zero cruel or abusive tendencies.”

A concierge for the condo building, who filed a report after witnessing the abuse, said Previte “dates strange women” and often wears a Make America Great Again hat.

Related posts:
U2 Announce 20th Anniversary Reissue Of ‘All That You Can’t Leave Behind’
Stomach bloating: Diet known to help reduce pain, diarrhoea, gas and lessen your bloat
Popular News
Rebel Wilson ‘goes Instagram official’ with rumoured boyfriend Jacob Busch
24/09/2020
Man Utd wonderkid Ramon Calliste, called ‘the next Giggs’, now owns luxury watch business and makes £5m a year – The Sun
26/03/2020
Megan Thee Stallion Addresses Criticism Over Twerking: ‘I Love to Shake My A**’
26/03/2020
Police guard shops to stop coronavirus panic-buyers and enforce social distancing – The Sun
26/03/2020
Coronavirus: Good Morning Britain’s Dr Hilary reveals ‘game-changing’ self-testing kit
26/03/2020
Recent Posts
This website uses cookies to improve your user experience and to provide you with advertisements that are relevant to your interests. By continuing to browse the site you are agreeing to our use of cookies.Ok